Berry Bros. & Rudd won 3 awards at the 2014 International Wine Challenge. Including Specialist Merchant Of The Year En Primeur, Large Independent Of The Year and the top award Wine Merchant of the Year.

Alan Dedicoat declared that, for the Large Independent Wine Merchant Award: “Berry Brothers & Rudd has a sensational list of wines, which it combines with an impressive dedication to education, via its fabulous range of dinners and events. This is a very innovative company, which refuses to rest on its laurels. In fact, the judges found it very hard to find any weaknesses here.”

The judges' verdict for Wine Merchant Of The Year was "Berry Brothers & Rudd is all about excellence. This quintessential wine merchant excels in terms of buying, selling, strategy, execution, education and communication."

Berry Bros. & Rudd won 2 awards at the 2013 International Wine Challenge - Specialist Merchant of the Year for Rhône & Spain. Both trophies are in recognition for the work our Master of Wine, Simon Field has put into building the selections for these two regions over the past two years. It is the first time we have won the award for Spain. Additionally, this is further testament to our extended authority beyond our traditional strengths of Bordeaux and Burgundy.

Berry Bros. & Rudd was recommended as one of the 'Ten wine apps to help you buy the perfect bottle' by The Guardians David Williams.

"Founded in 1698, and still running its original atmospheric shop and cellars in London's St James's Street, Berry Bros & Rudd may be one of Britain's oldest traditional wine merchants, but it's always been quick to adapt to technology. Its content-rich website is a considerable cut above most of its rivals, and its app is no less impressive, allowing you to search through its vast list of 2,000 bottles from around the world (it's particularly strong on the European classics). Tasting notes are informed and informative, and there's some slick extra content in the shape of blogs by the company's erudite buyers and a video wine course."

Berry Bros. & Rudd was recognised as one of Time Out's best shops in London in 2013. Timeout says it has "highly knowledgeable staff and consistently high-quality wines." 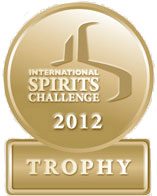 No.3 Gin won the ultimate Trophy Award in the Gin Category at the International Spirits Challenge. This is the highest level of recognition at the ISC and we were up against other Gold medal winners.

In June 2012 bbr.com appeared in the The Independent's list of the 10 best online wine shops.

In January 2012 Berry Bros. & Rudd's Wine List App recently featured in the Sunday Times list of the 500 best Apps in the world.

"There’s a cellar-full of information in this guide to more than 2,000 wines listed by London vintner Berry Bros & Rudd. The focus is on classic European and particularly French wines, but new-world producers are also included. Featured wines come with tasting notes and advice on whether to drink them now or lay them down – and, of course, a buy button.The app's simple vintage guide identifies the best and worst years in each region and links to the company’s six-part series of video tasting guides."

In September 2011, Berry Bros. & Rudd were crowned Bordeaux Specialist of the Year at the 2011 IWC Awards and also shortlisted for Italian Specialist and Direct Merchant of the Year.

In April 2011 BBR added to its collection of Awards - but this time in its new guise as Publishers! Jasper Morris' MW Inside Burgundy wine book won the André Simon Award for the best wine book of 2010, beating off considerable opposition. In September, Berry Bros. & Rudd were crowned Bordeaux Specialist of the Year at the 2011 IWC Awards and also shortlisted for Italian Specialist and Direct Merchant of the Year.

For the second year running Berry Bros. & Rudd have been awarded the Whisky Magazine medal for Independent Bottler in the Icons of Whisky Awards 2011, recognising the exceptional achievements of its Whisky Buyers in offering the whisky lover something different from their favourite distillery.Browse our award-winning selection of whiskies.

'As for BBR... the word should be 'innovator' rather than 'innovation' of the Year. Berry Bros. is an astonishing business that has managed to maintain the grown up gravitas of its operation for 300 years whilst joyously embracing the 21st century. For all the ancient shelving and smoothly hollowed floorboards of the St James's Street headquarters, Berry Bros. really is one of the most original and far-sighted wine companies in the world. It had a website in 1994, long before anyone had heard of Yahoo!, let alone broadband; it's one of the first wine merchants to launch a workable smartphone app; it ran a video blog for Bordeaux en primeur; it's quite at home on Twitter; and its Facebook page is properly maintained (unlike many merchants, who pay lip-service to such technology). Perhaps no single element is a world-beating innovation in itself, but taken together they demonstrate Berry Bros. & Rudd's commitment to innovation and sheer unwillingness to let the grass grow under its feet that is absolutely worthy of this award.'

In February 2010 Berry Bros. & Rudd won the Off Licence News Online/Direct Mail Retailer of the Year Award, beating competition from Majestic and Tesco. Off Licence News judges commented:
"Berry Bros. & Rudd has moved ahead of the field in online retailing with its enthusiastic embracing of the interactive potential of the internet. Wine Buyers regularly send Twitter updates...and it has one of the most informative and entertaining wine blogs around, plus regular You Tube and Flickr library updates..."

In 2009 Berry Bros. & Rudd stole the show at the International Wine Challenge picking up the most coveted title of Wine Merchant of the Year – seeing off contenders including Marks & Spencer and Majestic.
"Berry Brothers really don't have any weak points. They have a great website, great education, a great wine list, superb buyers and a great marketing department. They’re investing in all aspects of their business. They've opened up in Japan and Hong Kong. And they focus on quality without sounding snobby."

In September 2009, Whisky Magazine judged Berry Bros & Rudd Independent Bottler of the Year 2010 at the prestigious Icons of Whisky awards. This is tremendous recognition for the passion and experience that our Whisky buyers bring to the business of sourcing and endorsing Scotch Whisky in the name of BB&R, as well as to the skill and innovation they add in creating exceptional bottlings.

In 2008, Berry Bros. & Rudd was voted the Best Online Retailer in the Decanter World Wine Awards and Best Burgundy Specialist in the IWC awards.

The Decanter judges noted that "the web-site is a Disney store for wine-loving grown-ups" and that it is "continually re-inventing itself... Berry Bros. & Rudd's online product is an inspiration"

Jane Macquitty (The Times Magazine, 13th September 2008) writes that three centuries of supplying wine to royalty has made BB&R an establishment name. "Don't let that put you off: BB&R now offers one of Britain's best online wine services, a wine club and school, plus tasting dinners and more. Quality has risen and prices slimmed down, with some sound own selection buys starting at sub-5, on up to the best of Bordeaux and Burgundy. Impecunious drinkers should make a trip to Berry's Basingstoke warehouse, which has a permanent, 25% off bin-end sale."

In 2006, International Wine Challenge picked up the most coveted title of Overall Wine Merchant of the Year.

Berry Bros. & Rudd also swept the board by also winning the following awards;

In 2005, Berry Bros. & Rudd was awarded International Wine Challenge (IWC) Burgundy Wine Merchant of the Year and Website of the Year

Berry Bros. & Rudd is included in the guide `City Secrets - London' and is said to provide `without doubt the most gracious shopping experience in London'