There are officially 11 communes in Barolo. In our 2017 release, we focus on the six which best capture the most distinctive and greatest wines of the region. Only Burgundy has the same complexity and diversity of vineyards in such a small, designated area.

The Barolo region spans just 6km across – a fraction the size of its French counterpart – but there are many parallels between the two great regions. Akin to Burgundy is the capricious grape which is the vehicle to provide us with a taste of the timeless terroir. In Burgundy it is Pinot Noir. In Piedmont, it’s Nebbiolo.

Nebbiolo is demanding, and picky about where it grows. But when tested, it’s capable of showcasing the subtlest of differences and nuances of vineyards, altitudes and exposures. Inter-generational ownership of vineyards is common, as producers inherit or marry into vineyards in other villages; this is one of the many reasons Barolo is often blended between vineyards and communes as opposed to wines of a single village origin.

These multi-village, multi-cru Baroli are some of the greatest wines of the region. Take Luciano Sandrone’s Le Vigne, which is a strict blend of four different village crus: the wine offers a level of character, complexity and balance which could not be attained from a single cru. But as with many of the world’s great wines, it is the taste of a place which captivates us, signifying brilliance and rarity.

The Piedmontese do not have the same history of organised hierarchy, of carving uniform, classified reputations from sites and villages, as the Burgundians. But there are distinct differences between the villages of Barolo: geological, geographical and philosophical. And it is only relatively recent vintages where the producers are beginning to champion their village, by means of official commune bottlings – like Marcarini’s La Morra and Rosso’s Serralunga d’Alba – as well as their top crus and family names.

The ’17 vintage is a modern-age classic; we can find wines which reflect the change in climate, but also in thought and expression. This year, we find many wines which bridge the monolithic expressions of single vineyards and the historical multi-village blends; instead, it is the village that is articulated and championed.

In a region as complex and complete as Barolo, we are spoiled with many of these great crus, which show their value even more in this vintage. There are high points and top crus in every village of Barolo. But more generally, there is a golden thread in each of the villages, linking styles and character based on soils, exposures, altitudes, microclimates and winemaking approach. And we are lucky to work with a strong pedigree of producers who make wines so emblematic of their village personality, and of Barolo as a whole.

La Morra is the largest of all the Barolo vineyard areas, and the furthest west. As with our three La Morra-based Barolisti, producer philosophies vary here, as does the range of aspects and altitudes. The top wines are grown on calcareous marl, the best of which are on south- and south-east-facing amphitheatres carved into hillside which leads up to the town’s terracotta clocktower, above Marcarini’s cantina.

Grand Cru-worthy Rocche dell’Annunziata is a jewel in the village’s crown. Nicola Oberto at Trediberri maintains that 2017 is his greatest vintage yet from this hallowed vineyard. Although the most famous vineyards here rival the greatest sites in the whole region, if one looks a little deeper there are other sites which showcase La Morra’s splendour and importance. Marcarini’s Serra and Veglio’s Arborina and Gattera sites showcase such individual expressions of the town, all with the La Morra charm. The thread of the villages’ vineyards is that many are planted on darker, heavier soils on top of calcareous layers, giving gloss and fruit weight to the wines.

As demonstrated by Marcarini’s Comune di La Morra Barolo, the village wines here are less tense and more pleasing in youth than other villages. Minerality plays a supporting role rather than the headline. And aside from the cellar-worthy top crus, the wines offer fuller, juicier fruit with spicy aromatics.

The most central of the villages, the hilltop Castiglione Falletto forms a naturally fortified island above two rivers on either side. These rivers have sculpted some of the steepest vineyards in the area, revealing an incredible diversity of soils: from white calcareous like Serralunga d’Alba; mineral-flecked marl like Barolo and La Morra; to lighter alluvial sand, which lend elegance and aromatics to the wines.

We are proud to work with Mario Fontana, known for purity, composure and finesse in his wines, illustrative of the best of Castiglione Falletto’s terroir. The wines of the village are filled with an unmistakable floral perfume, combining elegance, vivid minerality and sweeter tannins than any other village – but are by no means less serious.

Serralunga d’Alba is the furthest east of the Barolo communes. The ridge line of the village runs due south to north, vineyards descending both east and west off this calcareous steep-sided spine. The wines of Serralunga have a signature austerity; they are vertical, complex and compact. Altitude plays a role, too, but it is the exposures and geology which gives Serralunga its character.

The soils here are poor, white talc, unfertile and calcareous. This manifests in wines of complexity, tension and saline minerality, which are often wrapped in powerful, austere tannins and can be demanding in youth. Historically, the best sites are the hanging valleys to the east of the village. But in a year as warm as 2017, the east- and west-facing sites, including Davide Rosso’s Serra and Cerretta, also triumphed on the calcareous soils. Davide’s wines are illustrative of this village. He gave me three words to describe the wines of his hometown: mineral, powerful and class.

Barolo is the beating heart of the entire area, the name “Barolo” referring to both the wider region and its principal wine village. Its historical fame continues thanks to its now-iconic winemakers, particularly Bartolo Mascarello and, more recently, our friend Luciano Sandrone. The village has some of the greatest vineyards sandwiched between the hilltop ridges of Castiglione Falletto and La Morra.

None are greater than the hilly saddle of vineyards which sits below the town, flanking the south-east side of the only road. These vineyards are named Cannubi and Cannubi Boschis. This site is almost directly in the centre of the whole Barolo region, where the river divides the ancient hills of Barolo and La Morra from those of Castiglione Falletto and Serralunga d’Alba. This is the only site in the entire region where the Tortonian and Helvetian soils from different geological eras meet.

The unique complexity of soils gives the wines expressive intensity, highly perfumed with austere tannins, combining the best traits of the whole region’s terroirs. None more so than Sandrone’s Aleste, arguably the greatest expression of Cannubi Boschis. Luciano, like his predecessors, knew this was a prized site. This unique geographical nuptial is where the name “Cannubi” originates from: connubium is Latin for “marriage”. The styles here tend to combine the classical traits of Barolo: perfumed nose, glossy fruit, tannin and elegance, minerality without the austerity of many neighbouring sites.

Verduno is located in the far north of the region, on the very edge of the Barolo zone. What sets the wines apart is their finesse and elegance; the colours are paler, the wines fresher and lighter.

You can feel all of this in Fratelli Allesandria’s wines, including the inaugural release of Vittore’s 2017 Comune di Verduno Barolo. This vintage tested many producers, but Verduno yielded incredible wines on par with the greatest vintages. Altitude helped, but it was the exposure to the cold Alpine winds that slowed vineyard maturity.

Verduno’s finesse can also be attributed to the chalky soils, giving purity and tension, which you can taste and feel on the palate. This is particularly apparent in the renowned Monvigliero vineyard.

The southernmost Barolo commune, Monforte d’Alba offers a multitude of soils, and elevation reaching heights of almost 500m. It decided to classify only 10 vineyard sites, although the area of land is larger than that of other village vineyards. Bussia, the first vineyard site to be declared officially in 1961, creates some truly superstar wines from its best very best tiny plots, although it has been subsequently expanded as an MGA, so the name of Bussia is not necessarily the universal guarantee it once was.

Among the others is Alessandria’s Gramolere and Veglio’s Castelletto, which showcase the dual identities of the village. To the west, the more fertile sandstone and heavier soils yield wines with breadth of fruit, palate weight, spice and intensity – as found in Alessandria’s beautiful 2017 Gramolere. To the east of the village, the soils are different: the slopes are a continuation of the calcareous Serralunga d’Alba ridge line. This impacts much of the mineral austerity found in Serralunga; the wines are firmer, more delicate in fruit and with sapid minerality, as we find in Veglio’s ’17 Castelletto. 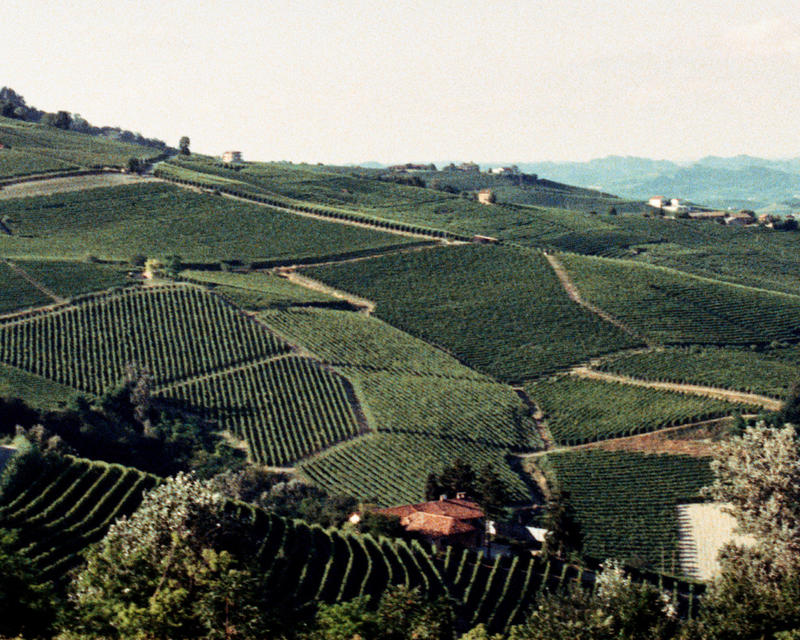