We talk to Guillaume Pouthier, one of Bordeaux’s most forward-thinking and charismatic winemakers, about his quiet revolution at Ch. Les Carmes Haut-Brion

Type “Ch. Les Carmes Haut-Brion” into Google Maps and you’re in for a surprise. From the air, this dollop of green – surrounded by a criss-cross of roads, houses and a sizeable university carpark – seems implausibly suburban. It’s not the setting you’d imagine for a deeply historic Pessac-Léognan vineyard. But then, there’s a lot about Les Carmes that’s not quite as you’d expect.

In the 400 years since Les Carmes Haut-Brion was established, Bordeaux’s sprawl has crept around its perimeter. Inside its wall, though, little has changed: the Grands Carmes monks established the vines in 1584; the estate was confiscated during the French Revolution; it was bought in 1840 by the Colin family, and there it quietly remained.

Then, just over a decade ago, property developer Patrice Pichet bought the estate. He enlisted Guillaume Pouthier, one of Bordeaux’s most forward-thinking and charismatic winemakers, as Director and – gradually – Les Carmes began to stretch its wings. 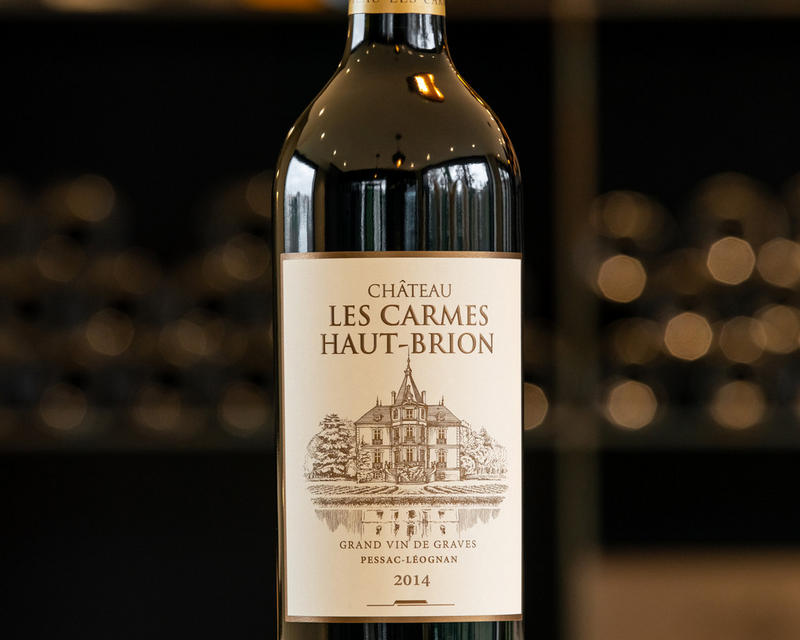 A philosophy of difference

Guillaume’s zeal and energy, along with his impressive winemaking pedigree (he arrived at Les Carmes from Rhône superstar M. Chapoutier), make for a formidable combination. “Les Carmes is so different to the Rhône, but I wanted to bring a new vision. I want to make great wine with a lot of typicity of the grapes, but also with a lot of singularity,” he says.

Guillaume uses one word more than any other when talking about his work at Les Carmes: “difference”. It’s at the heart of his gentle revolution. “This is a special place,” he says, “but it so important to show why it is a special place: to express what is different. We are not like other wines from Pessac-Léognan. The vineyard is close to Ch. Haut Brion, to Ch. La Mission Haut-Brion the most famous and best wines, but we don’t want to make a copy. I want to make a different wine that is the essence of this place.

Perhaps the root of Les Carmes’ difference lies in its vineyard’s DNA. “The variety of grapes here is unique,” Guillaume says. “You have a high proportion of 80-year-old Cabernet Franc. Normally, this variety of grape exists on the Right Bank – at properties like Ch. Cheval Blanc, Ch. Ausone, Ch. Lafleur. It’s very unusual – but very important for us, so we use Selection Massal.” Massal selection is a way of propagating vines that, unlike cloning, increases their genetic diversity. It means that the path ahead for Les Carmes’ vines and wines is one of increasing complexity.

“The vision here is to make a picture of the wine each year,” Guillaume says. “We want to increase the definition each vintage – to increase the number of pixels in the image.” Contradictory though it may seem, Guillaume firmly believes that to dial up the “definition” and complexity in the wine you must do less, not more.

“I have to make the wine that nature has given me,” he explains. “At Carmes, we make the wine like in Burgundy. This is a very small place, eight hectares, so we put all the grapes in the final blend. It’s like Chambertin. The diversity of the place increases the complexity of the wine.”

Each year, the blend changes – not through a desire to achieve a particular style, but rather because of the quantity of fruit the vines produce: “The blend depends on the crop,” Guillaume says. “For example, 2020 is 40% Cabernet Franc, 34% Cabernet Sauvignon and 26% Merlot.” Unusually for Bordeaux, all the grapes are fermented together – regardless of variety. “I simply take the grapes, put them in the vat and make the wine. If I do no more, everything is perfect.”

Guillaume’s approach is notably “hands off”. He explains, “usually, during alcoholic fermentation you might pump over, or use pigeage, but for us it’s so different. We use an infusion: we put all the grapes in the vat right to the top, and touch nothing. You take just what nature wants to give you and no more.

“It’s hard, to sit back – it’s stressful – but it means you get the quality and structure and ripeness and softness in the tannin that’s really interesting. If the tannin is right, it means the wine is different: attractive and concentrated. Here, because we have a lot of sand and clay, and limestone subsoil, you can make a stronger wine if you want. It’s possible for me to have perfect density in my wine.” 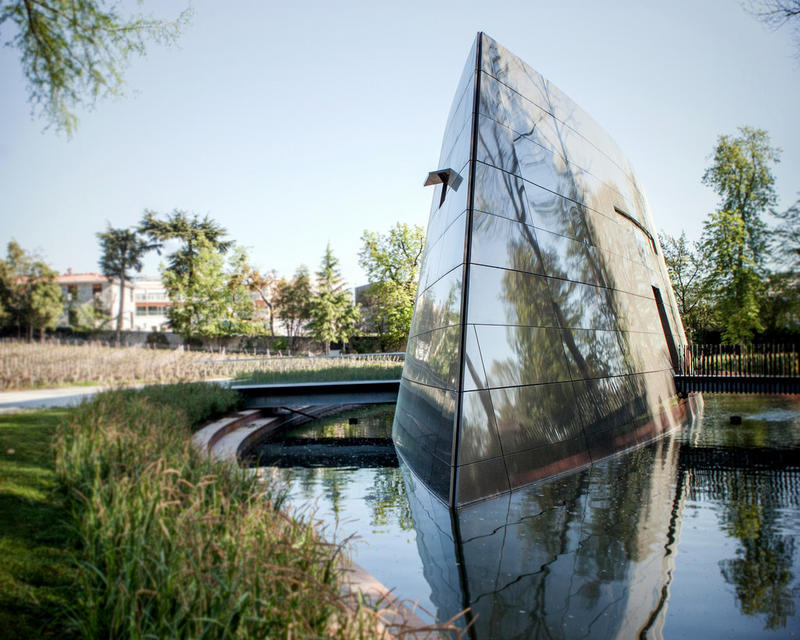 Designed by Philippe Starck, and inspired by Bordeaux's maritime history, this impressive new chai was opened in 2015

Les Carmes’ unusual urban location presents another curiosity for Guillaume. Here, thanks to the city microclimate, temperatures are higher and the grapes ripen earlier than in the rest of Bordeaux. “We pick 10 or 15 days earlier than outside Bordeaux, because the climate is so different.” To offset the potential for greater alcohol in the wine, Guillaume uses whole-bunch fermentation. “When you add whole bunches, you have more water which decreases the level of alcohol. For example, in 2020 we picked at 14.8 degrees, but after alcoholic fermentation – where we used 55% whole bunches - you have 13.7, a whole degree less alcohol.

In his quest towards complexity, drinkability and typicity, Guillaume introduced clay amphoras in 2015. “I want to age the wine without adding anything,” he says. “When you put the wine in barrel you have spice and oak; it’s interesting for the complexity, but at the same time it’s not very pure. And for me it’s very important to be able to taste a pure expression of the wine so you can feel the grace, the sensation.” Around 10% of each final bottling comes from wine aged in amphora. “After two years, it still has the same nose as the day you put it in,” Guillaume beams. “It’s like you put something very powerful in the wine – juice and energy.”

This splicing of ancient ideas and modern techniques is also seen in Les Carmes’ new winemaking facility, which was opened in 2015. Above ground, the building is a glittering slice of Philippe Stark-designed architecture – a towering ship’s prow, bisecting the river Peugue which flows through the estate – referencing Bordeaux’s maritime history. Below ground, it’s a pristine chai, a temple to modern winemaking, but also to Guillaume’s hands-off techniques. Crucially, he explains, it’s a “passive” cellar: the temperature and humidity are regulated by the river which flows around it. “During the ageing of the wine we want a passive cellar. To make great wine with no intervention is very important.”

A vintage to be proud of

So what, then, did the conditions of 2020 mean for his wine? “It’s a vintage of conviction,” Guillaume says. “We had to adapt all the time. The first part of the season was very humid and then afterwards it was very dry. The hydric restriction was perfect: it created balance in the wines. It’s an amazing vintage, for us, it’s like 2016, ‘18, ’19. For 2020, each detail is very important.

“I’m very proud of it, and the team who made it – when you consider the year, to make a wine in 2020 was magic. It’s the wine that I want to make; it’s the wine I want to drink. It’s not perfect,” Guillaume smiles, “but I try.”