Mark Reynier is the founder of Irish distillery Waterford. We speak to him about Waterford’s mission to prove the existence of terroir within whisky.

Since getting started in 2015, the Irish distillery Waterford has already caused quite a stir. Sitting on the banks of the River Suir, the distillery – previously used by Diageo to make Guinness – was bought by Mark Reynier and put to the production of whisky.

Waterford has attracted admirers and detractors alike through its quest to prove the existence of terroir – an unconventional approach in whisky, and one which has been met with resistance.

But Mark, a man who has been described as a “maverick” and an “iconoclast”, is undeterred.

“It’s unashamedly a philosophy from the wine world that I’m adapting for whisky,” he says. He speaks to us over Zoom from Islay, the screen dappled with bright Scottish sunshine.

“I was very much exposed to the renaissance of Burgundy’s vineyards in the 1980s and ’90s: the organic movement, the biodynamic movement, the judicious use of wood, the rediscovery of terroir – it’s in my blood.”

After building a career in fine wine, Mark turned to whisky. In 2000, he acquired and renovated the abandoned Bruichladdich distillery on Islay, where he still lives.

“When I entered the whisky industry, I remember feeling like I was going from the light side to the dark side,” he reflects. “With Bruichladdich, I wanted to introduce some of these wine concepts, all the things I spent 20 years assimilating. When Rémy Cointreau bought Bruichladdich in 2012, I still had unfinished work – so I followed the barley. And where has the best barley in Europe? Ireland.” 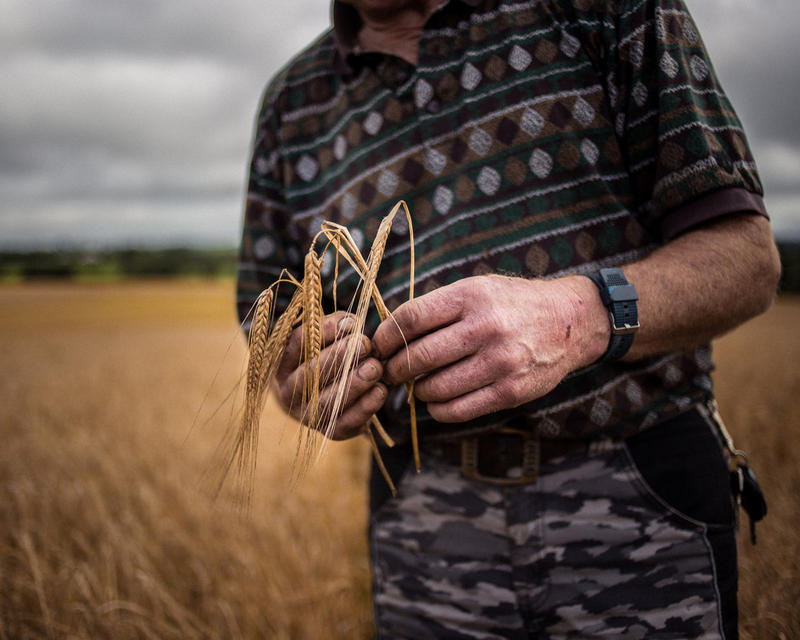 “For wine people, we all understand terroir. We take it for granted,” says Mark. He describes it as the three-dimensional interaction between microclimate, soil, subsoil, bedrock, elevation, altitude, orientation and topography. Considered as a whole, terroir denotes the impact they have on a growing plant.

“The plant we know most readily is the vine. But as any gardener knows, this also applies to any plant in a garden. It’s just not called terroir. So, you’ve got this term for which there’s no direct translation, which means it’s open to misinterpretation.”

Why has the idea of terroir within the whisky industry been challenged so much?

“Talking about terroir begs the question: ‘Well, what do you do? Where does your barley come from?’ ‘Actually, it’s bought on a commodity market, and comes from Ukraine.’ Then, you might say, ‘well, what’s Scotch about it?’”

Mark believes Waterford’s quest for terroir chimes with the mentality of millennial and generation X consumers, which is increasingly becoming the norm: “They’re fed up with big marketing messages, and they’re empowered to find out more. So, taking it back to the raw ingredients, back to the ground where the barley comes from, makes sense.”

A library of terroirs

Mark plans to change the way terroir is perceived and interpreted within the whisky industry through the Whisky Terroir Project.

“The Whisky Terroir Project is the answer to the criticism levelled at this idea within the whisky industry that there’s no scientific evidence to prove that terroir exists,” he explains. “Funnily enough, when you try to look it up, they’re right: there’s no evidence. So, we set out on a three-year project to prove once and for all that terroir actually does exist, and that it applies to barley as much as any other crop.

The goal of the Whisky Terroir Project is inspired by Mark’s experience in the wine trade. “If you take the great châteaux of Bordeaux, they’ll have five grape varieties adapted to the best terroirs on the estate. Each of those will be cultivated separately, vinified separately and so on, turned into mini wines with their own identity and DNA.

“And so, that’s what we’re doing with whisky. We’re growing barley on separate terroirs around Ireland, keeping them separate from the field to the barrel, and building up a library of over a hundred different terroirs. The view is to assemble them together to create a Waterford cuvée, where the whole is greater than the sum of its parts.”

In collaboration with Teagasc (Ireland’s Agriculture and Food Development Authority) and Dr Dustin Herb from the Oregon State University, Waterford have just released an academic paper analysing the impact of terroir on barley flavour – a huge milestone to have emerged from the project. 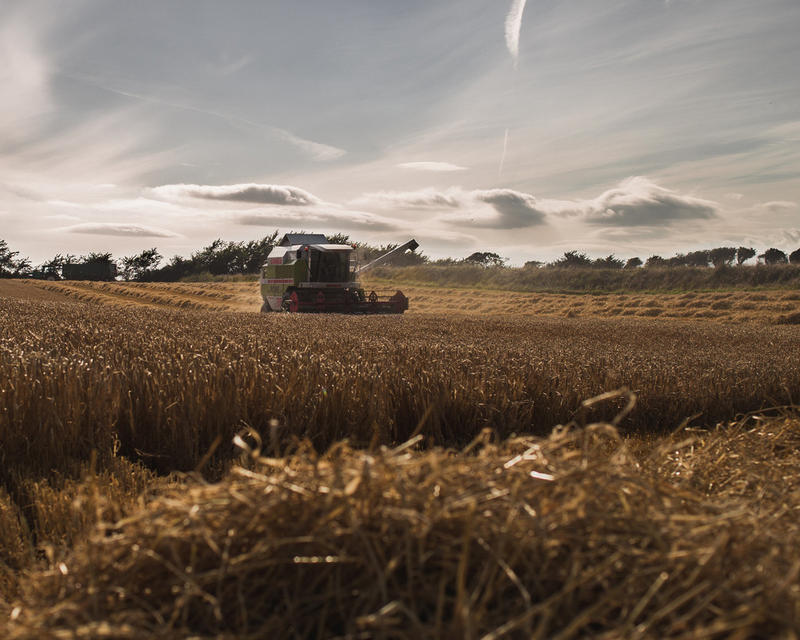 Excitingly, Whisky Terroir Project has unearthed a number of discoveries about the flavour compounds within barley.

“Of the 2,000 flavour compounds identified or spotted, the main ones can be drilled down to 45 compounds,” explains Mark, “and half of those are influenced by terroir. With the technology we have, not only can you see what the flavour compounds are doing in the spirits, but you can also smell them.

“It’s not as straightforward as saying “flavour compound A gives apples and compound B gives oranges”, because they also interact together to create another flavour, which might be lemon or lime. Certainly, what we’ve come across is that clay and limestone soils tend to give us more spice, while sandy soils give us more fruit.”

These discoveries have thrown up exciting prospects for future experiments.

“If we take this project a step further, we can start identifying which microclimates, which terroirs, are favouring the compounds we really like. Then, we could start crossing certain varieties with some older varieties from before the ’70s.

“So, we may be able to start producing what we’re referring to as a “flavour Greatest Hits” of barley suited to the terroir of Ireland. We’ve already been exploring flavour in older barley varieties, by cultivating them from seed banks and growing them. By going backwards, we’re going forwards.”

The role of biodynamics

Mark recalls initially being sceptical of the burgeoning organic and biodynamic movement that swept through Burgundy, Alsace and the Loire in the ’80s and ’90s.

“The first time I was exposed to a biodynamic Châteauneuf-du-Pape, around ’88, I thought the guy was leading me up the garden path – I couldn’t believe what I was hearing. After that, I became increasingly exposed to it, through wonderful people like Olivier Zind-Humbrecht and Marcel Deiss.”

To Mark, biodynamics and terroir go hand-in-hand. “It’s all about improving the soil and taking things back to basics. That’s biodynamics: it’s about the idea of terroir.

“If you’re going to make something like a whisky, which will be around for a long time, you should be able to experiment with these things. If the flavour’s there – and I can tell you most assuredly that it is – then why not?

“The first bottling of our biodynamic grain will be coming out this autumn, so you can check for yourself,” he chuckles. 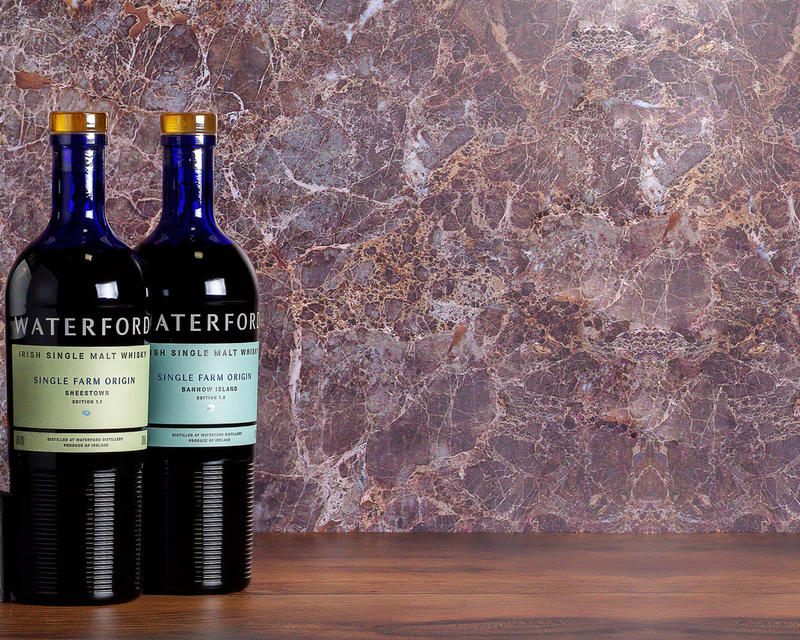