Home > Editorial > Behind the scenes at Château d’Yquem

Behind the scenes at Château d’Yquem

In late October 2021, we visited Château d’Yquem, the producer behind the world’s most famous sweet wine. What we discovered was a timeless tale of Sauternes winemaking, built on a vision spanning centuries.

Let us take you a few months back. October is drawing to a close, harvest is in its final stages. We depart from the city of Bordeaux shortly after 6am, driving south to Sauternes. The region is renowned for the mists that rise from its rivers, but the fog this morning is particularly thick.

The local radio station plays softly in our rented car, as we drive deeper into the heart of Sauternes. Every so often, approaching headlights briefly puncture the darkness. Otherwise, the journey passes in undisturbed quietude.

By the time we arrive at Château d’Yquem, dawn has only just broken, but no sunlight escapes through the thick fog. In the vineyard, morning dew clings to the vines, their leaves threaded with delicate cobwebs. Botrytised grapes hang from the stems; some lie scattered on the soil in whole bunches, nestled between gold and brown leaves. 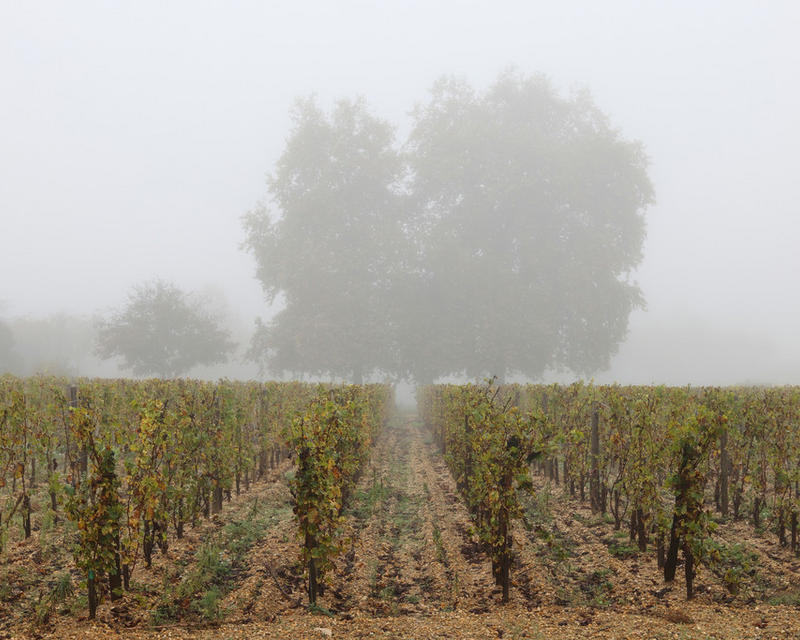 01: Just after daybreak in Yquem’s vineyards, which are planted with 75% Sauvignon Blanc and 25% Sémillon 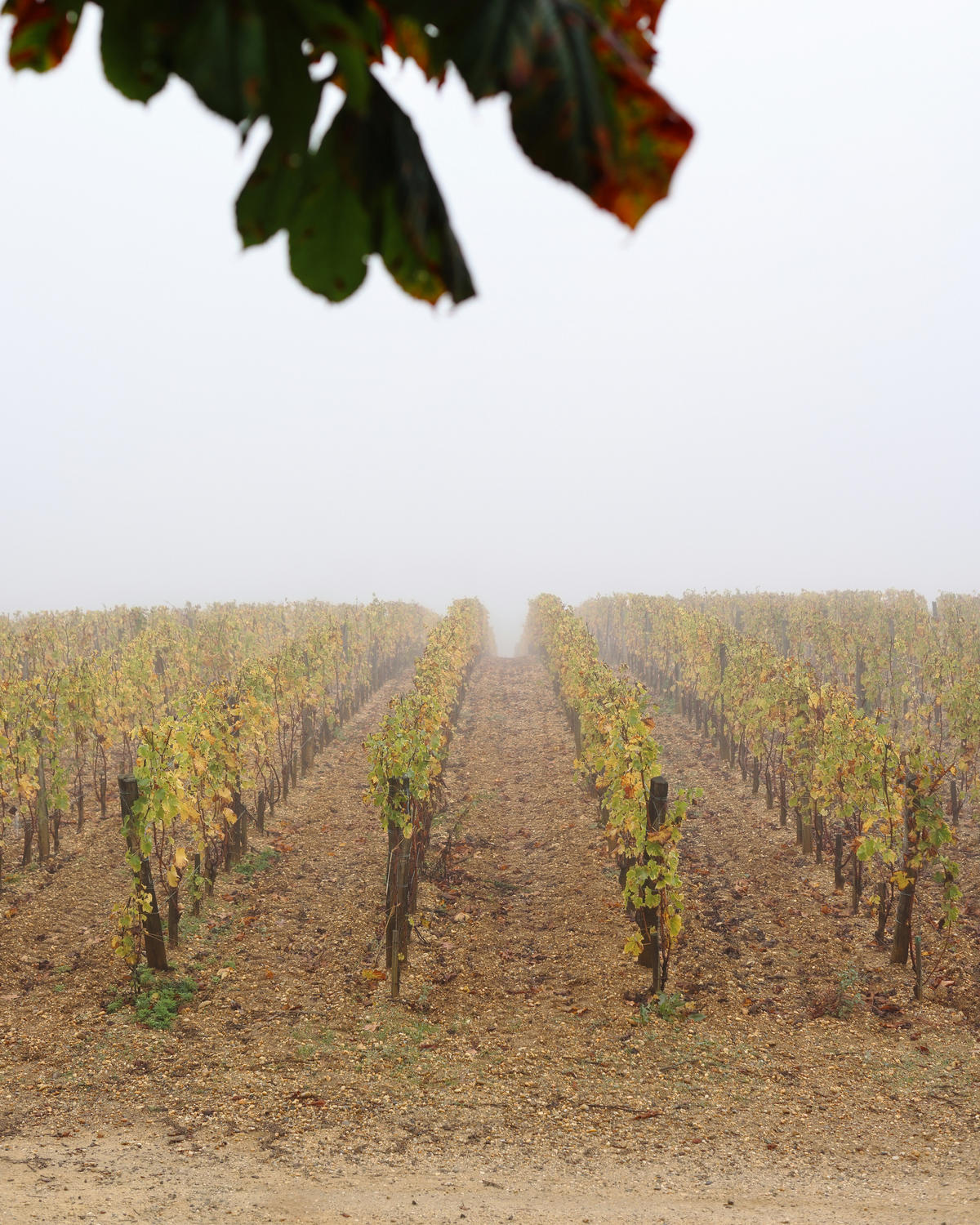 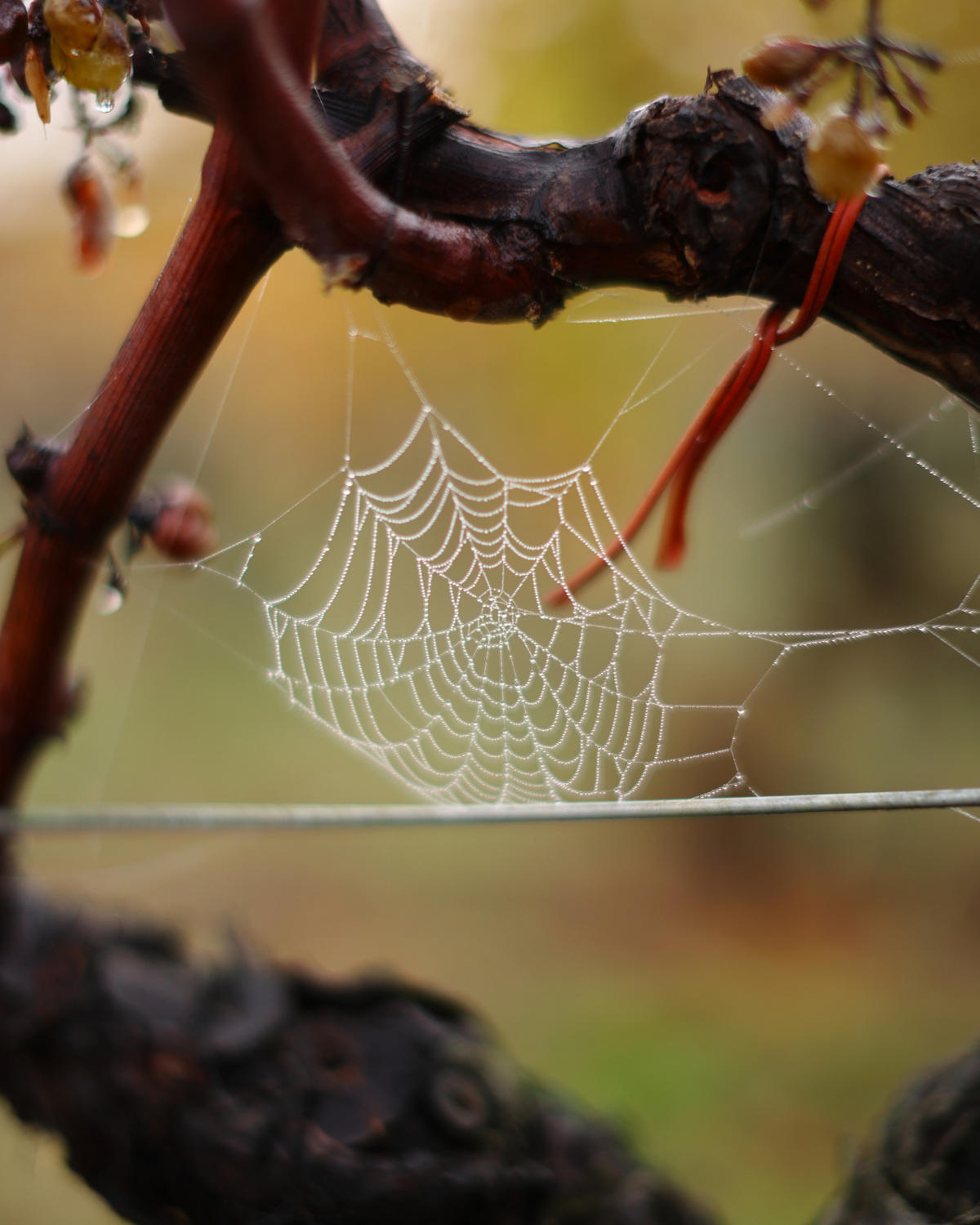 02 and 03: Delicate cobwebs hang between the vines, scattered with droplets of morning dew

As we walk up the hill, the silhouette of the château emerges from the fog: beautifully preserved stone walls and spires in the very image of Old-World grandeur.

Ch. d’Yquem is located on the highest hill in Sauternes. Its history dates back to the 1590s, when the château was built by the Sauvage family – local nobility who enjoyed feudal tenure over the land. The family later obtained full ownership of the estate in 1711. In 1785, a Sauvage married a Lur-Saluces; ownership remained under the Lur-Saluces family name until 1999, when it was sold to Louis Vuitton Moët-Hennessy (LVMH). 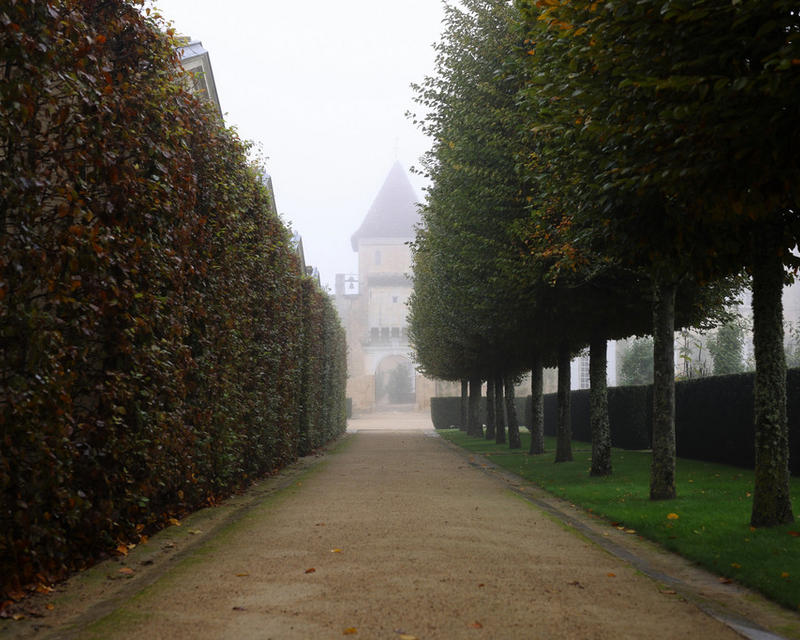 04: The château dates back to the 1590s, when it was built by the noble Sauvage family

Sauternes lies in the south of the Bordeaux region, between the Garonne River and its tributary, the Ciron. In the autumn, the varying temperatures from the rivers intermingle to produce the mists for which the region is renowned. These morning mists – followed by warm, dry afternoons – create the perfect conditions for the spread of botrytis cinerea, the fungus evocatively nicknamed “noble rot”.

Noble rot perforates the skins of ripe grapes; when followed by warm, dry conditions, this allows the water in the grapes to evaporate, in turn concentrating their sugars. These botrytised grapes are then meticulously picked by hand, with only the most suitable selected for fermentation. A successful harvest depends on this delicate, sometimes elusive, balance of natural factors. And not all harvests are successful; in some years, no Yquem is made at all. 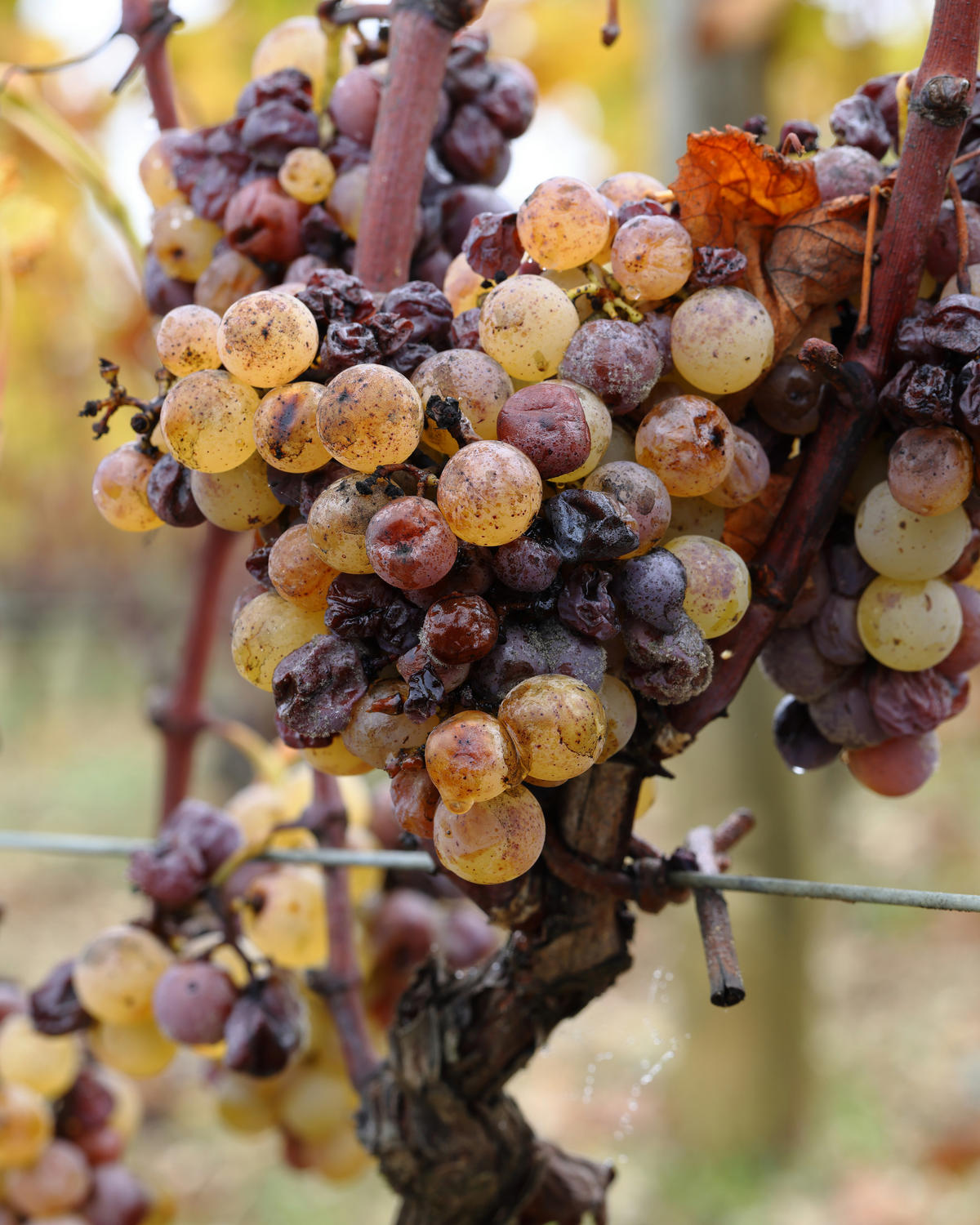 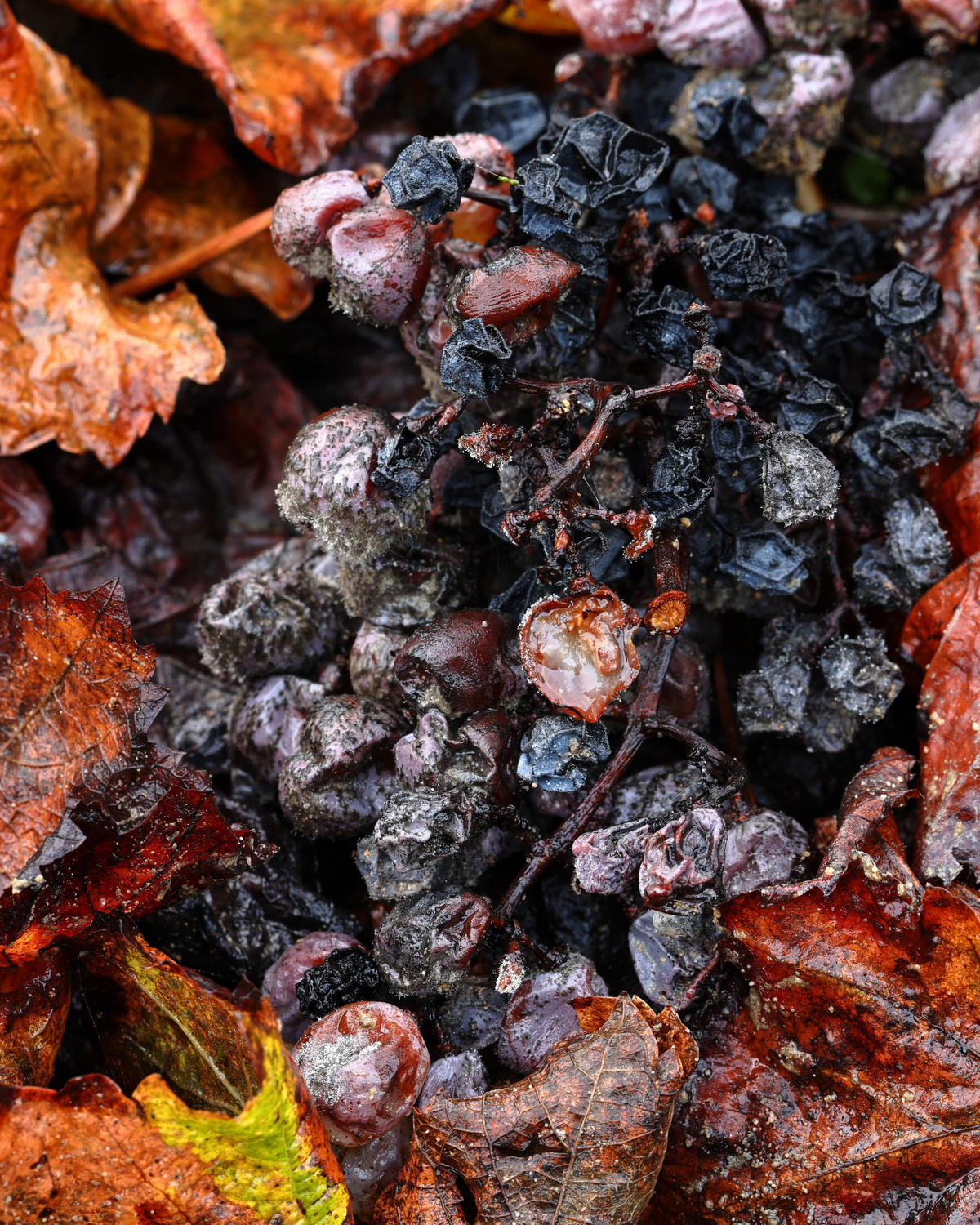 05 and 06: A mix of botrytised grapes and unaffected berries still hang on the vines; some are strewn between the leaves on the ground

It’s a quiet day in the winery, where we’re greeted by Cellar Master Sandrine Garbay. Sandrine has played a key role here, in one way or another, since 1994. With a background in oenology and a passion for the sciences, she initially joined Yquem to work in the laboratory, with a focus on quality control.

“It was my love for chemistry that brought me here, then I learned to love wine,” she reflects. We’re standing in the château’s vast, stately cellars, lined with neat rows of barrels where Yquem’s world-famous sweet wine lies ageing. 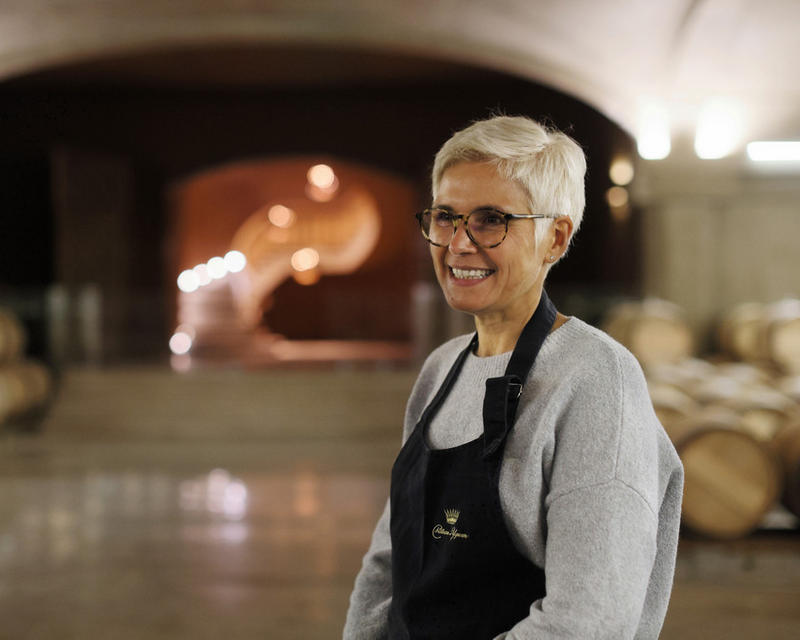 07: Sandrine Garbay has worked at Yquem since 1994, holding the role of Cellar Master since 1998 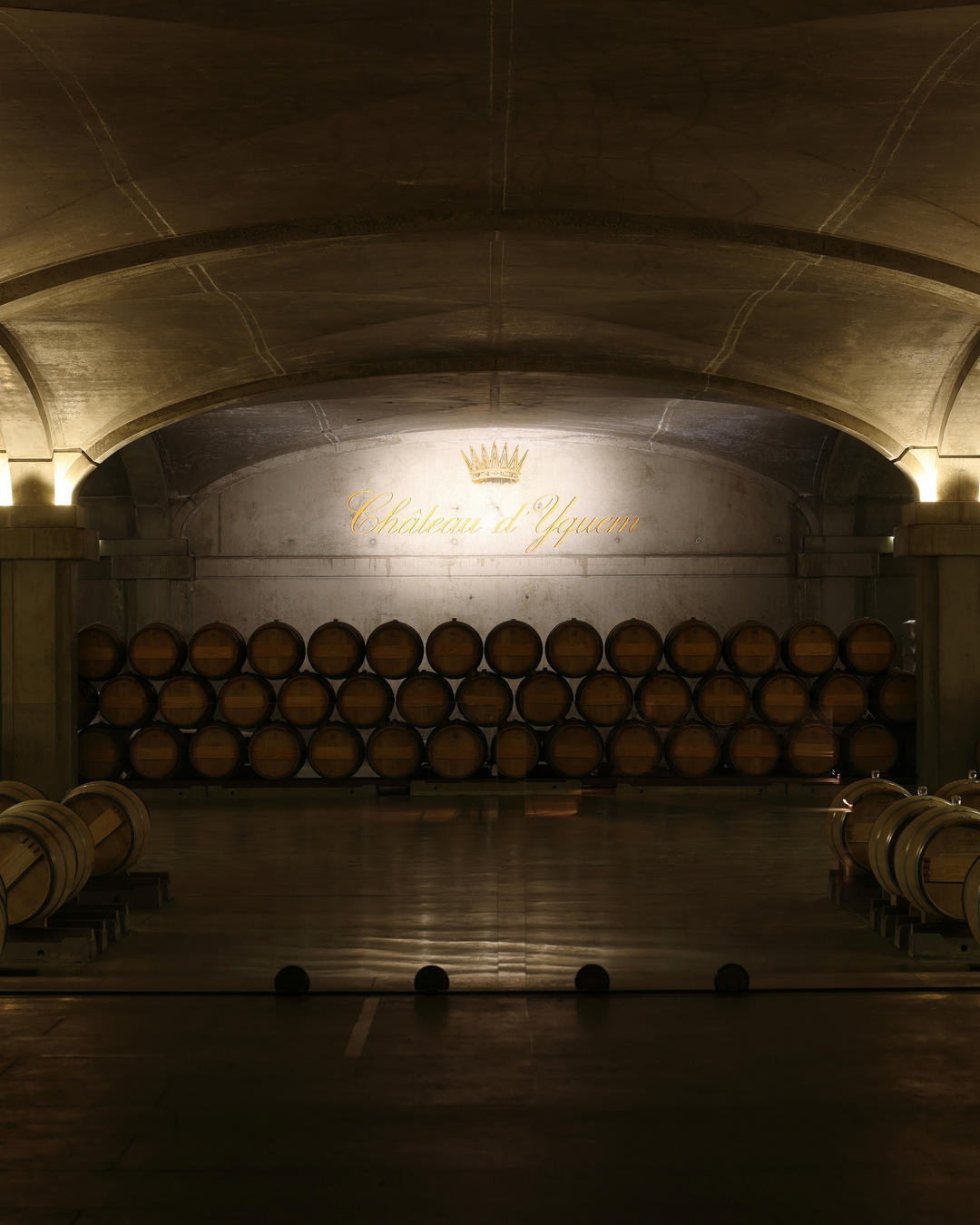 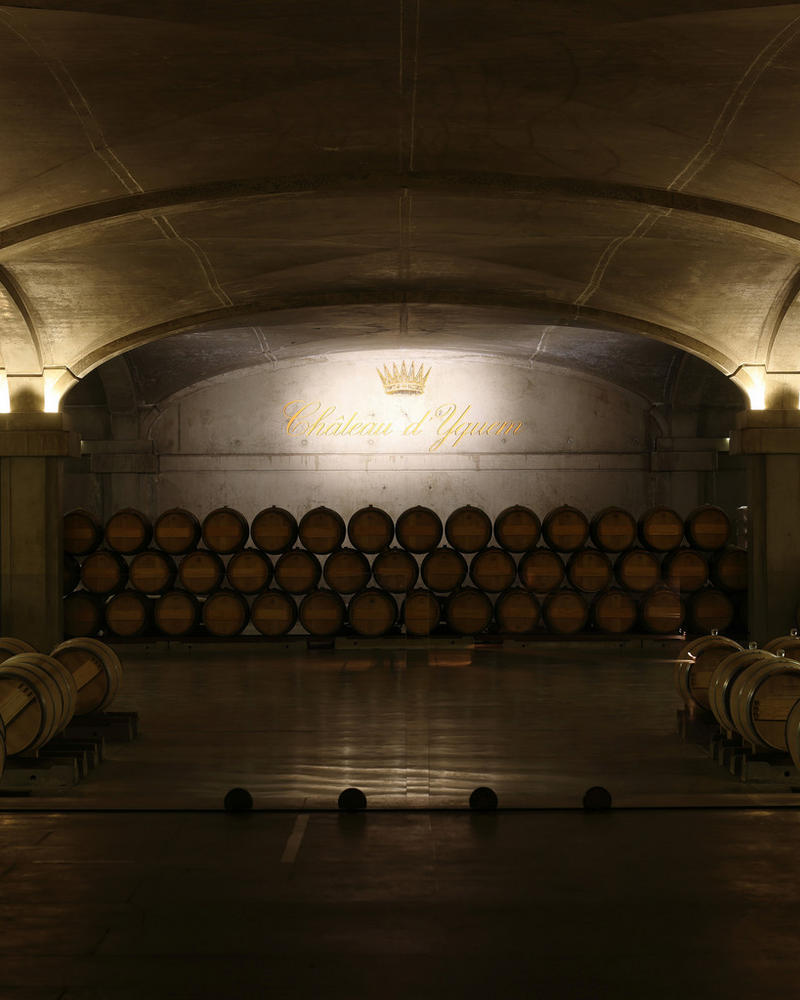 For the first few years, Sandrine learned the ropes under the guidance of Guy Latrille, Yquem’s winemaker at the time. When he left in 1998, she was granted the keys to the cellar. Little has changed between then and now; the story of Yquem is one of continuity. 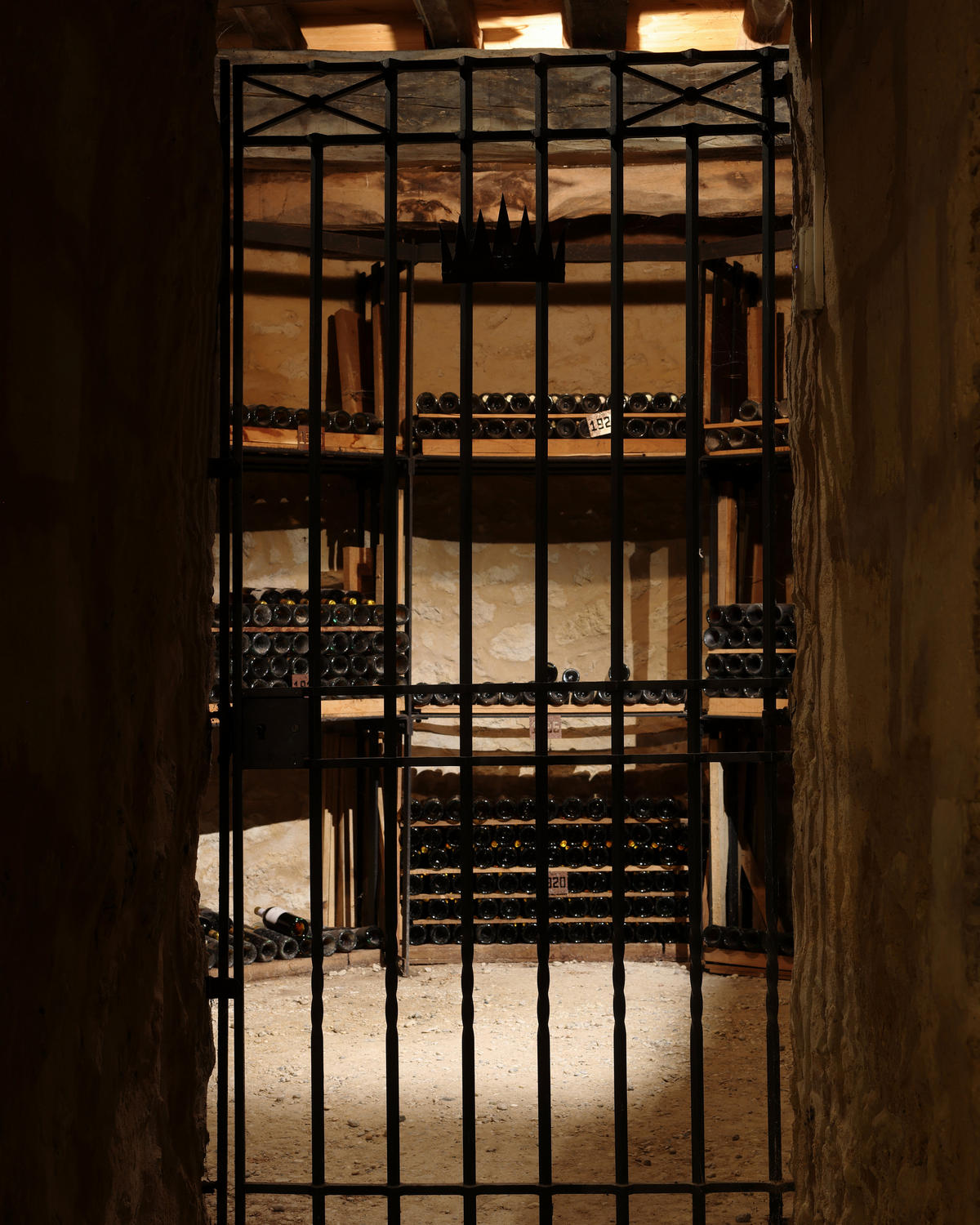 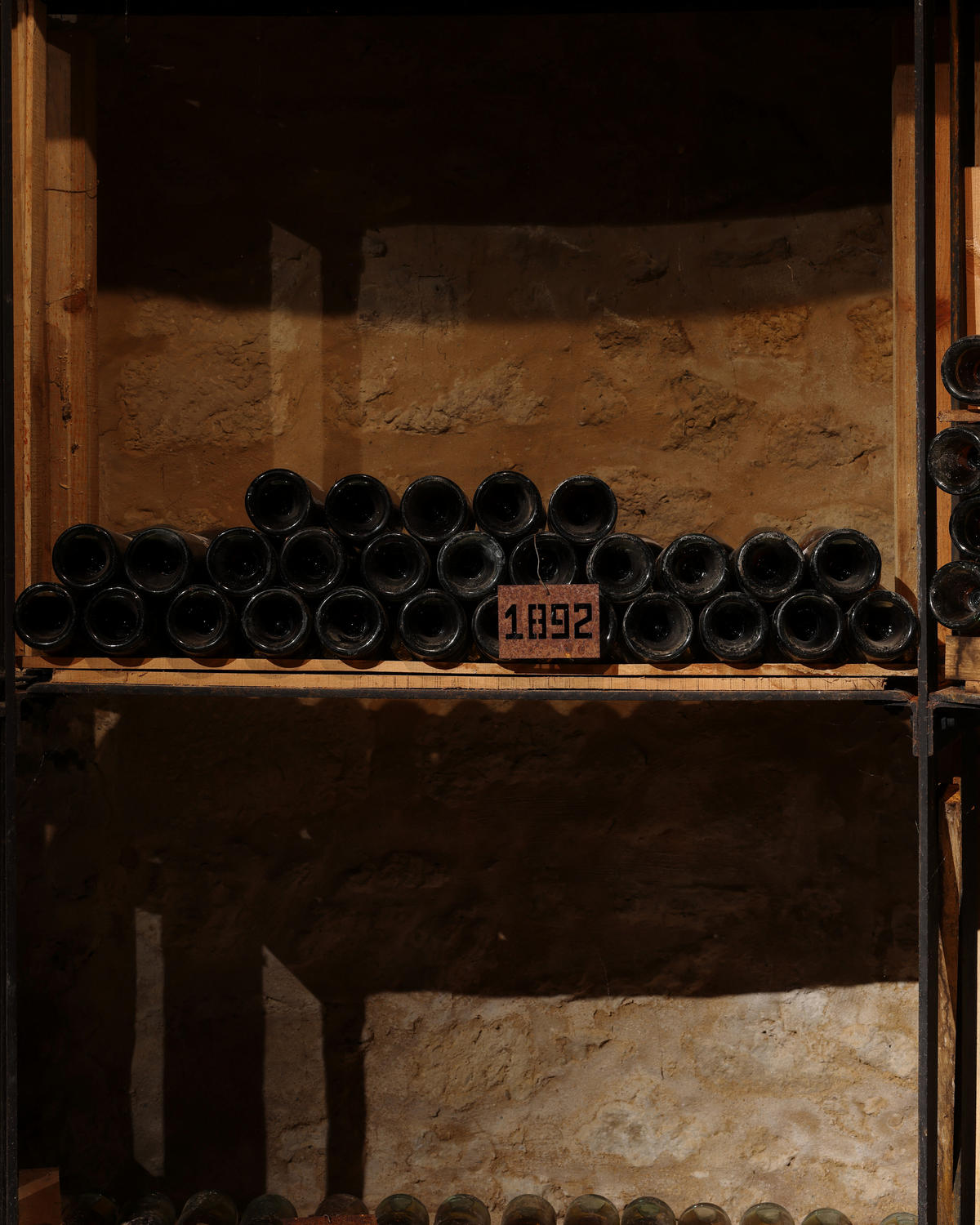 08 and 09: Yquem’s back-vintages are stored safely in a cool cellar room, some of them dating back to the late 19th century 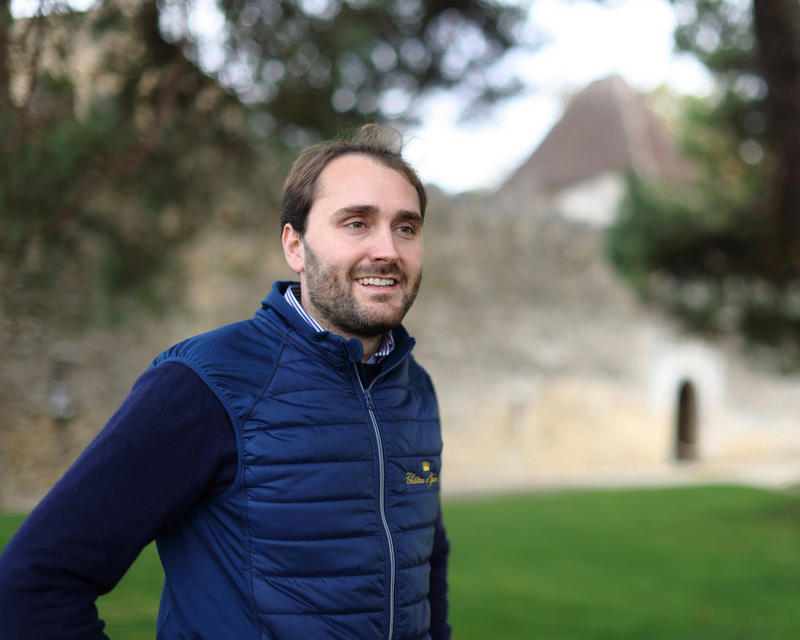 10: Estate Manager Lorenzo Pasquini joined Yquem over a year ago

Back in the vineyard, the fog begins to lift. Estate Manager Lorenzo Pasquini comes out to meet us. Lorenzo began working at Yquem just over a year ago. In his words, he oversees the technical aspects of winemaking, from the vineyard to the winery, and acts as CEO Pierre Lurton’s right-hand man in the management of the estate.

His wine journey began at the University of Pisa, where he studied viticulture and oenology – but he always knew he was headed for Bordeaux. “In Bordeaux, there is a long history of high-quality winemaking. That sense of heritage is what I related to,” he tells us. “I’m interested in the approach here, and the respect for the values that lie behind a great wine.” 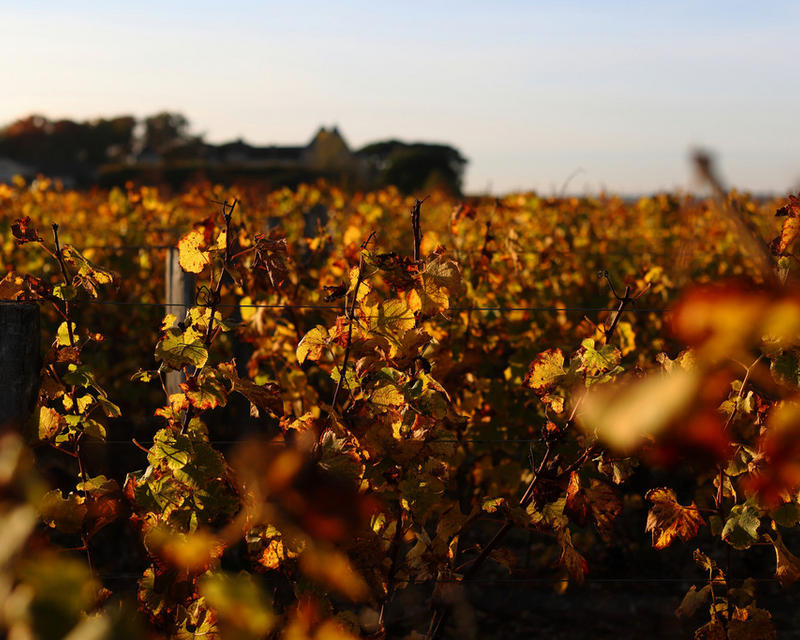 11: The vineyard in the late afternoon sun

Towards the end of the day, the sun finally emerges, casting gold autumnal light over the vines. The magic of this centuries-old estate comes alive.

When I ask Sandrine and Lorenzo what makes Yquem so special, the answer is three-fold: the name, the myth behind it and – most importantly – the universal appeal of the wine.

Spending the day at Château d’Yquem brings the name and the myth to life; the wine is its own experience to savour.

Today, Yquem's identity is built on centuries of Sauternes mastery – a continuation of the vision of previous generations of winemakers. Sandrine and Lorenzo are merely the latest custodians of this timeless legacy. 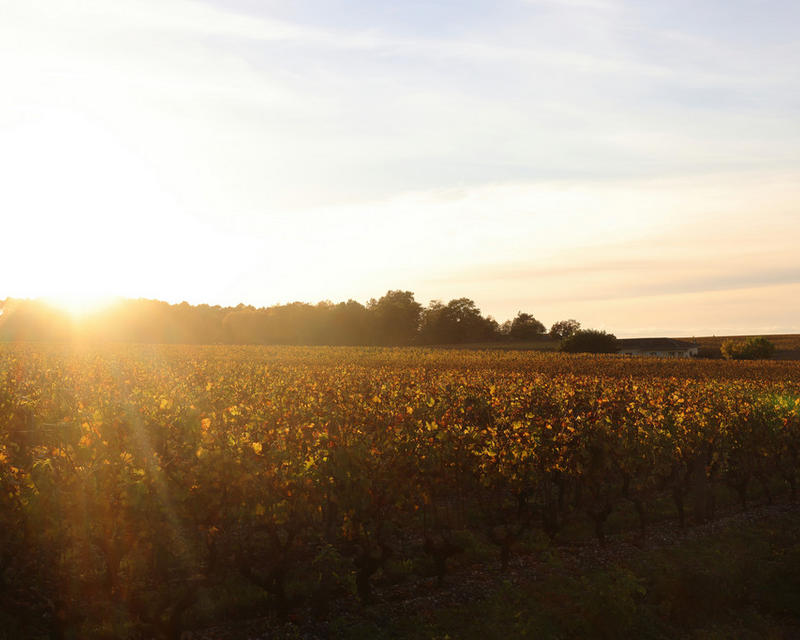 12: A final glimpse of Yquem, with the sun low in the sky 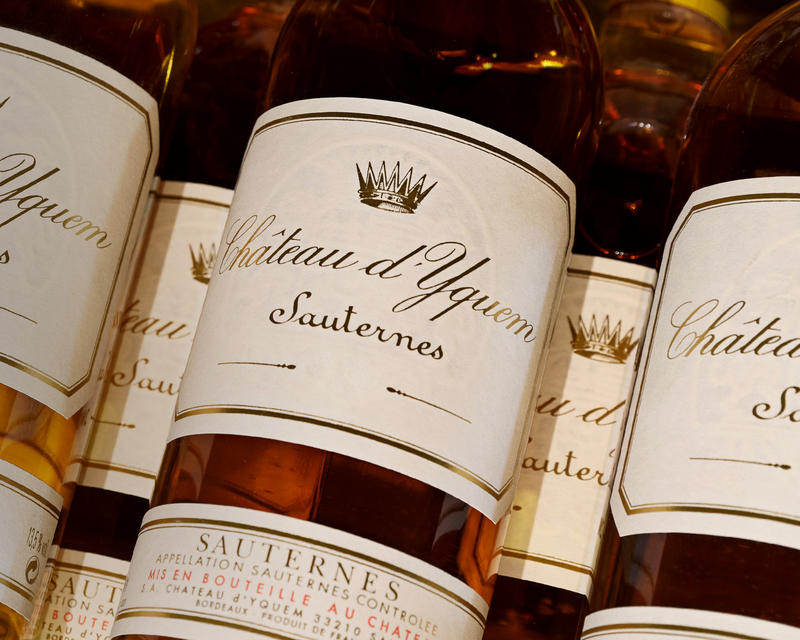 Discover vintages from the world's most prestigious sweet wine producer