Jane Anson is described by Decanter as “the world’s most informed and accomplished expert on the wines of Bordeaux”. Midway through En Primeur tasting, we caught up with her to discuss the role of the critic and what collectors should be seeking out in the 2021 vintage

You’ve worked in and with the Bordeaux region for almost two decades – a lot must have changed in that time. What’s the most exciting development?

The move towards a more environmentally conscious vineyard. The first major classified estates to move to organic and biodynamic were in mid 2000s, with Guiraud and Pontet-Canet. Today, it’s normal that leading properties should be taking these issues seriously, but it was barely on the radar back in 2003 when I moved here.

You’ve been a reporter, a writer and now you’re a critic in Bordeaux: in your view, what’s the role of the critic, and what’s your approach?

Bordeaux is a vast region, with many thousands of châteaux – and it’s continually evolving. Having an independent voice that can keep track of changes, and point out what’s new and why it matters, is always useful.

In years such as 2021, where the successes are uneven, the value of following a critic becomes even more important. We can highlight where the best wines are found. In my case, I don’t award 100 points at the En Primeur stage, because the wines are unfinished, but I will of course name wines that have done particularly well. Plus, I try to explain why.

It’s said that there’s no such thing as a bad vintage in Bordeaux anymore – but, of course, each vintage has its own character and variations. How would you describe 2021?

In a word, uneven. October was the sunniest for 30 years, since 1991, and there was a long period of dry weather in August, but one of the key characteristics of the year was a lack of sunshine overall (180 sunshine hours in July, for example, compared to average over 30 years of 250 hours). This has impacted the flavour profile of the wines, so you can expect plenty of cool blue fruits. The best wines have a sappy elegance to them.

What are your first impressions of the wines you’ve tasted?

There are many classic wines in 2021, with lower alcohols than in recent vintages. The challenge was to ensure that lower alcohols didn’t mean thin wines. Winemakers had various ways to get around the problem of large Merlot grapes, for example allowing cover crops to grow between the rows to help create competition and increase concentration. Others ran off excess juice from the vats in the cellar, or chaptalised the wines to ensure a rounder texture.

The wines can be deceptive – they may have the more sculpted flavours and aromatics of a cooler year, but the best also have plenty of tannins, acidity, structure and colour. They also have almost the same analytics as 2020 and will benefit from some bottling ageing.

Which châteaux should collectors be looking out for?

I haven’t finished my tastings yet; I’ll be publishing my scores in mid-May, but I’d already say that Calon Ségur has made an excellent 2021, as has Cheval Blanc. And there will be others!

Your book Inside Bordeaux highlights the nuanced role that terroir has to play in different vintages. In a year such as 2021, are there specific terroirs that have benefitted/performed well?

This is really a vintage where terroir is crucial. The key for 2021 was regulation of water. This doesn’t necessarily mean the best-draining soils – it means the ones that can hold back excess water, with some particular successes on clay-limestone. You’ll find excellent wines on both Left and Right Bank where the soils were able to deliver the conditions for water stress, which encouraged concentration in the grapes. When that wasn’t the case, you can find angular tannins and a lack of power through the mid-palate.

Why is Bordeaux En Primeur important for those who want to build a fine wine collection?

En Primeur is a way of focusing on what is happening in the region. Having the wines tasted and discussed during the same few weeks each year by large numbers of trade and critics is not dissimilar to a film festival awarding jury prizes and audience prizes. Yes, it’s part of the build-up and distribution model, but it’s useful all the same – and a great way to gauge the wines you might want to follow.

En Primeur isn’t essential for securing wines with big productions: they’ll be available when in bottle. But there is a value all the same in following the conditions of different years. And there will always be some wines which are worth securing at this early stage: names you really love; wines that are small production; and bottles that mark a significant moment (the last L’Eglise Clinet under Denis Durantou for example).

What advice would you give to someone wanting to start a Bordeaux collection?

Buying the best names you can in great vintages is always a good place to start. But remember that it is your cellar, so don’t just think about the icons. Really try to get to know your own tastes and have a mixed approach to styles. It’s useful to have wines you can open in the short term, and then others that you will want to put away for a decade or more. If you’re just getting started, think about buying a few older vintages as well as En Primeur – there’s brilliant value to be had.

With lower volumes expected for the 2021 vintage, do you foresee a turn in the market?

This is going to be a difficult vintage to price. Pricing is always a mix of 1) general quality of a vintage 2) how a specific estate has performed in terms of quality and its own recent market performance and 3) what is happening in the wider market. It’s not an easy thing to get right in any vintage, and now in 2021 there really are several competing issues going on.

There are lower volumes – down 15% on 2020. This is compounded by small vintages in other key regions too. Burgundy prices have been going up and up, making collectors (and sommeliers) turn to Bordeaux. Then there are price pressures on everything in the supply chain, from corks to transport. All of that suggests prices will rise.

But it’s a difficult moment internationally in terms of politics and economics. Plus the style of the vintage is complicated. Put all those things together and it’s tough to call.

What’s the most remarkable bottle of Bordeaux you’ve ever had?

A Mouton Rothschild 1945, tasted at the Palace de Versailles as part of a charity supper. There were around 200 people in the room, and around 30 bottles of Mouton Rothschild 1945 were shared. The bottles had stayed in the Mouton cellars for close on 75 years. All three of the current Rothschild owners – Philippe and Camille Sereys de Rothschild and Julien de Beaumarchais de Rothschild – were there along with their fathers, Jacques Sereys and Jean-Pierre de Beaumarchais, and many of the world’s great collectors. Yet you could have heard a pin drop when the bottles arrived.

You couldn’t imagine a wine could live up to that sense of expectation; but it did, and I’ll never have another wine like it. 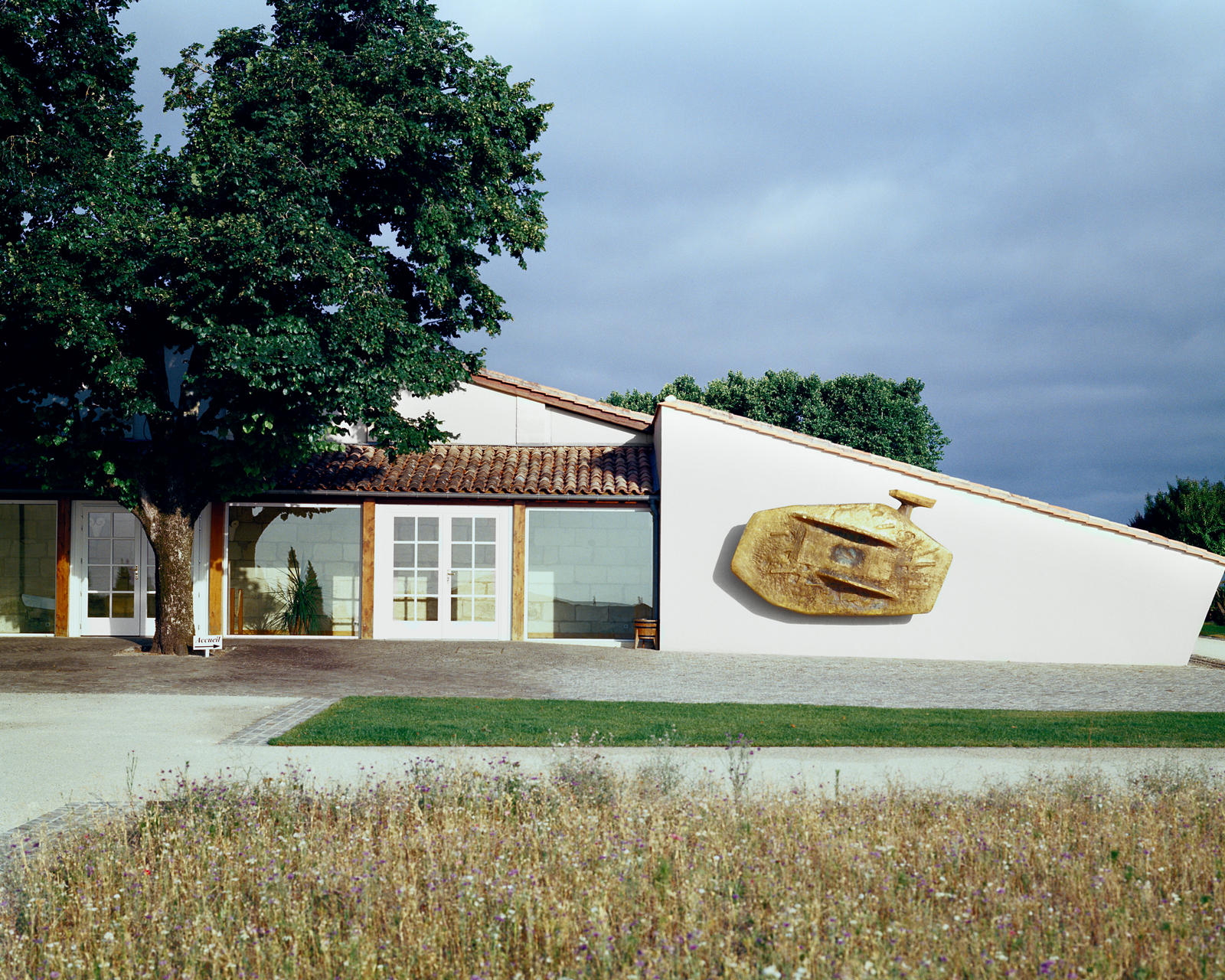 What factors do you predict will be shaping the conversation in Bordeaux in the next two decades?

Here’s my top three: 1) NFTs (non-fungible tokens) and fine wine as a new way to build direct relationships between wine lovers and châteaux. 2) The continued growth of environmental initiatives in the vineyards. 3) Increasing challenges over climate change and how grape varieties are coping.

Berry Bros. & Rudd customers can save 10% off their first-year subscription at janeanson.com with code BERBROSAVE10 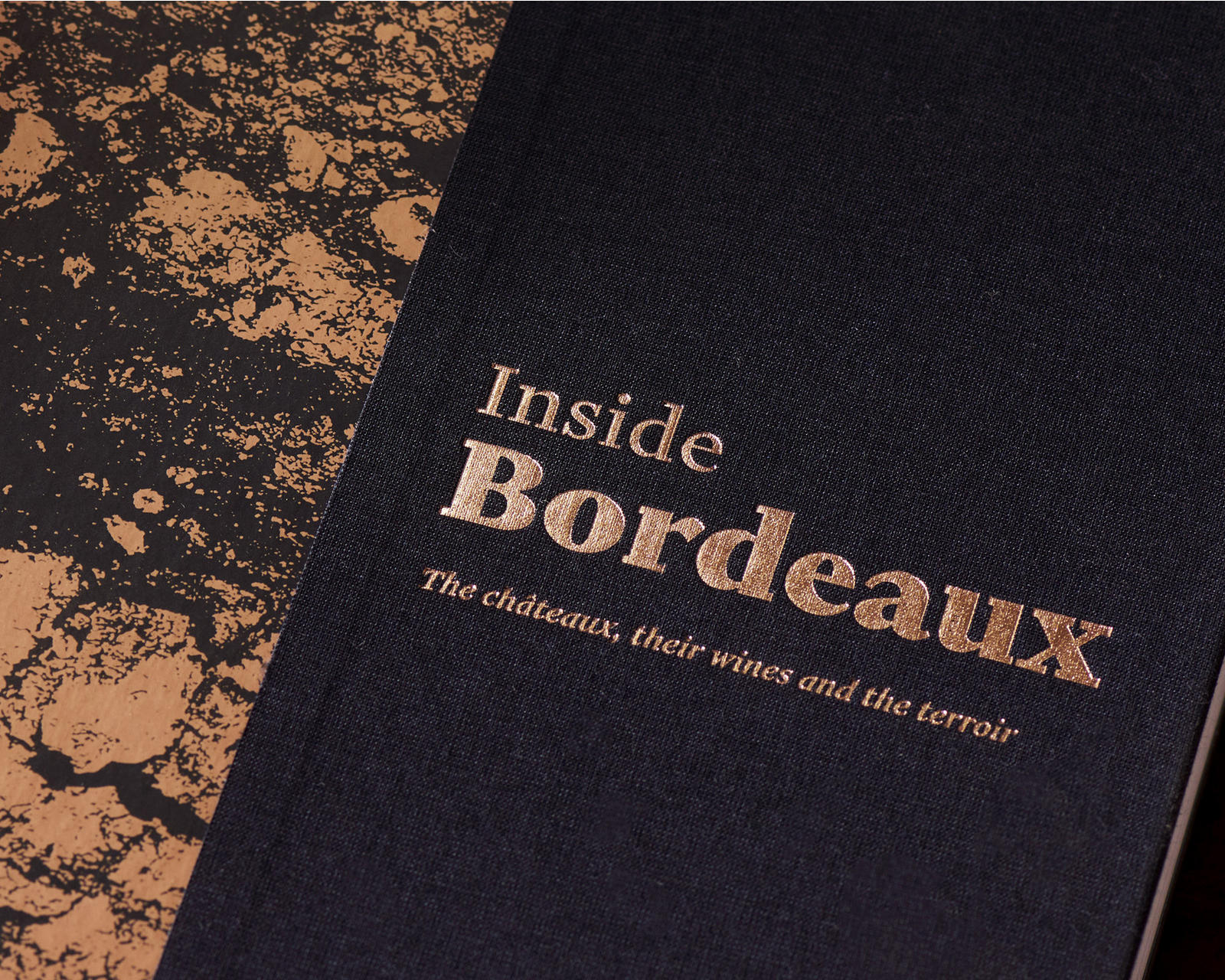 Inside Bordeaux by Jane Anson