The Médoc’s most northerly communal appellation is also its least understood, says Buyer Georgina Haacke. Here, she explains why St Estèphe should be on every Bordeaux-lover’s radar

Situated on the western banks of the Gironde estuary, St Estèphe is the most northerly of the four famous Médoc communes. Only a stream separates the appellation from its prestigious neighbour to the south, Pauillac; the two share some of the same soils. Arguably the least appreciated of the communes here, St Estèphe is certainly the least well understood.

It is a similar size to its neighbours at 1,250 hectares under vine. Yet St Estèphe has the fewest 1855 Classified Growths – just five. Some of Bordeaux’s most prestigious châteaux are here: Montrose, Cos d’Estournel and Calon Ségur. Outside of these famous names, the wines don’t always command the prices they deserve. This is partly to do with St Estèphe’s reputation for being the most austere of the four communes, verging sometimes on rusticity. But partly, it’s circumstantial. What is clear is that the appellation is undergoing some significant changes, from improved vineyard practices to changes in ownership and investment. And even beyond the top estates, there are properties with fast-growing reputations. This is a commune worth keeping an eye on at all levels.

The appellation is undergoing some significant changes, from improved vineyard practices to changes in ownership and investment

THE IMPORTANCE OF LOCATION

The location of St Estèphe has always been a defining factor in its popularity or lack thereof – and not for reasons of climate or terroir. Situated 40 miles north of Bordeaux city centre and near the mouth of the Gironde estuary, its remoteness was once an advantage. It was a significant port town, at its prime able to dock 200 ships. It came into its own in 1453, when the end of the Hundred Years’ War saw English merchants expelled from Bordeaux. With their ships banned from entering Bordeaux, they used St Estèphe instead, and it remained in wide use until the late 18th century.

Its reputation for vines grew with that of the rest of the Médoc during the 17th and 18th centuries, as Dutch merchants built canals to drain the marshes. St Estèphe saw investment from names still recognisable today: Alexandre de Ségur and Louis Gaspard d’Estournel, among others.

But then the distance from Bordeaux began to take its toll. It was a long horse or ferry ride from Bordeaux in the days before cars. Its remoteness left it more susceptible to the French revolution, which saw estates confiscated and divided up. By 1855, when the famous classification system was drawn up, most estates remained too small or insignificant to be included. Even today, the drive from Bordeaux – easily two hours once you factor in the notoriously bad traffic – feels far, and the sleepy towns struggle to draw tourists or locals out into the Médoc for much more than day trips. 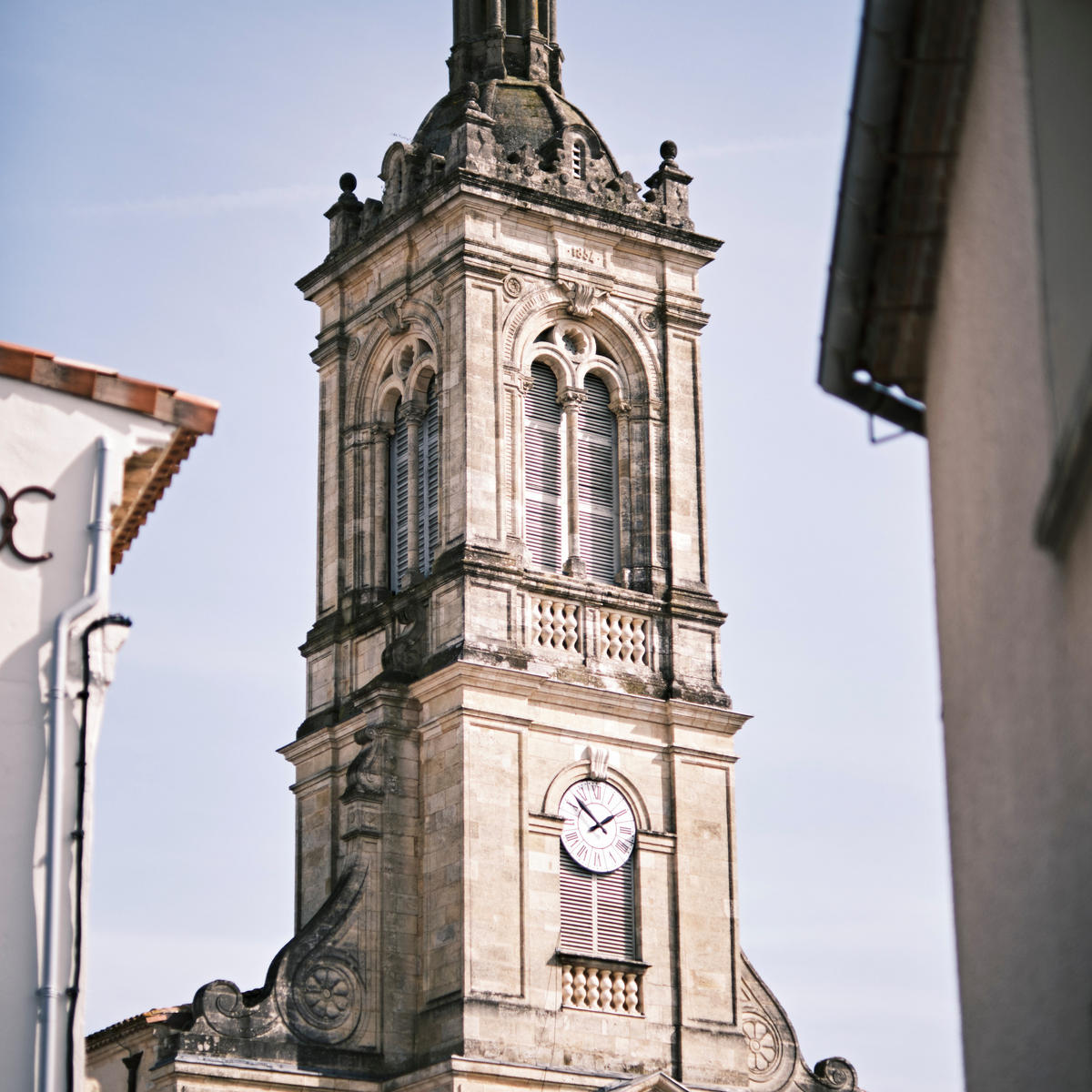 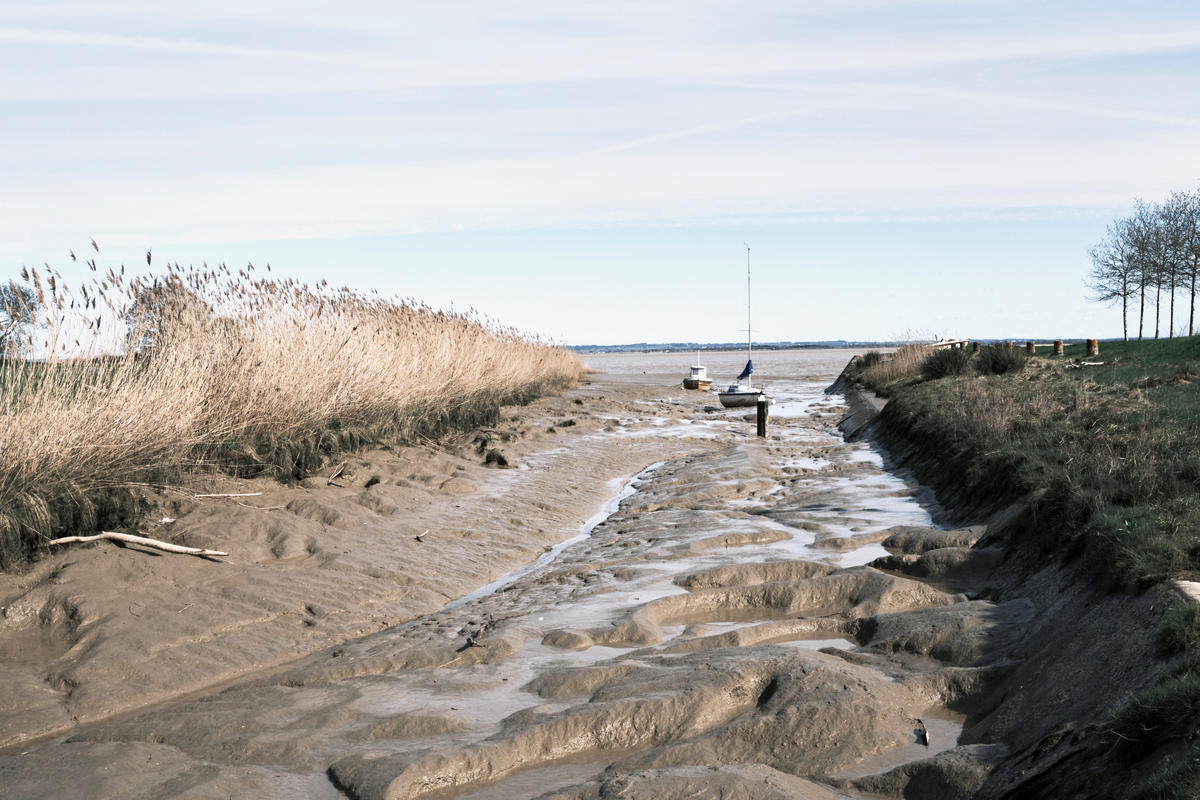 01: The church of St Etienne is an important part of local life in St Estèphe

02: Its location overlooking the Gironde estuary has been an advantage for St Estèphe over the years

From gravel to limestone

The terroir in St Estèphe is extremely mixed, combining the deep gravel of its southerly neighbours with a subsoil of limestone patched with cooler clay. However, the gravel is generally smaller than in Pauillac, and the subsoils drain less well. This means that overall things are cooler, and the struggle to reach full ripeness has in the past left St Estèphe with a reputation for austerity.

Those who have run the Marathon du Médoc will remember the hill as you arrive at Cos d’Estournel. This is the beginning of the St Estèphe gravel plateau. Just a stone’s throw across the Jalle de Breuil stream from Lafite Rothschild, this Second Growth benefits from similar peyrosol gravel soils. From there, the appellation spreads out as a rough square. Montrose and Meyney border the Gironde in the east, with sweeping views and cooling breezes, but remarkably different soil types (the former with much deeper gravel). Calon Ségur and Phélan Ségur to the north perch at the relative altitude of 31 metres on deep clay subsoils. Lafon-Rochet in the south-west sees gravel, but also patches of the famous Petrus-style blue clay above a subsoil of St Emilion-style limestone, more dominant in the west of the appellation.

This variety of soils makes for a diverse range of wines from one château to the next – each with its own identity and each worth exploring in its own right. In the past, this diversity has sometimes been the cause of an identity crisis, with attempts to compensate for under-ripeness leading to over-extraction and austere, tannic examples of Cabernet Sauvignon. But cooler sites have been slowly replaced with earlier-ripening Merlot, which fares particularly well on the clay-limestone soils, and brings softness to the wines. Plantings now account for 43% of the total. Cabernet Sauvignon, with half the plantings, can now be left to the warmest gravel soils. Here, it ripens well and brings structure and longevity, even in cooler years. This increased emphasis on site and terroir management, along with careful use of blends, is bringing balance to the wines – and is particularly important in the more extreme years.

Looking to the future

Recent changes of ownership here indicate an interesting future. Co-operatives have been drastically reduced; now almost all vineyards are independently owned. There has also been investment and mergers: over the past decade, 20% of the appellation’s estates have changed hands. We’d already seen investment from the likes of telecoms giant Bouygues in 2006 (Montrose and Tronquoy-Lalande); insurance company Suravenir in 2012 (Calon-Ségur and Capbern); and in 2021, entrepreneur Jacky Lorenzetti further extended into the commune with his purchase of Lafon-Rochet. This is to name but a few.

Like all winegrowing regions, growers here are speculating about the impact of climate change. As warmer and more unstable weather pushes producers towards cooler terroir, St Estèphe may find itself well placed to adapt. The diversity of the terroir here could well prove the secret to its burgeoning success.

For now, wines here don’t command the prices of their neighbours. And, with value to be found in all price brackets, it’s well worth getting better acquainted with the region.