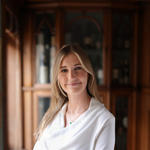 It’s the biggest commune on the Côte d’Or, but how well do we really know Gevrey-Chambertin? Elle Macleod, our Assistant Burgundy Buyer, takes a closer look

Gevrey-Chambertin is one of Burgundy’s best-known appellations, a powerhouse nestled between Brochon to the north and Morey-St Denis to the south. With just over 408 hectares under vine, it’s the largest wine-producing village in Burgundy. But it’s not a case of quantity over quality: there are nine Grands Crus here, more than any other village in the Côte d’Or; and there are an impressive 26 Premiers Crus, too. “Gevrey-Chambertin” is the name of both the beautiful village here, and of the appellation, introduced in 1929 and dedicated solely to red wines produced from Pinot Noir. Some of Burgundy’s most recognised growers hail from here: Dugat-Py, Armand Rousseau and Rossignol-Trapet to name just a few. Expert winemaking skills and established family domaines are the norm, ensuring that the village’s already celebrated status endures.

Historically, these wines have been considered among the most ﬁrm and powerful reds in Burgundy – often touted as being for lovers of Bordeaux, or for those that prefer a richer, heavier style of wine. Some years ago, before my time in the wine trade, the trend was for late-harvested fruit, very ripe grapes and a lot of new oak. However, times and tastes have changed. Since joining the Burgundy Buying team, I have made several trips to the region. I have been delighted to taste a range of styles from across the appellation that reﬂect the unique terroir of each parcel – from village level to Grand Cru. 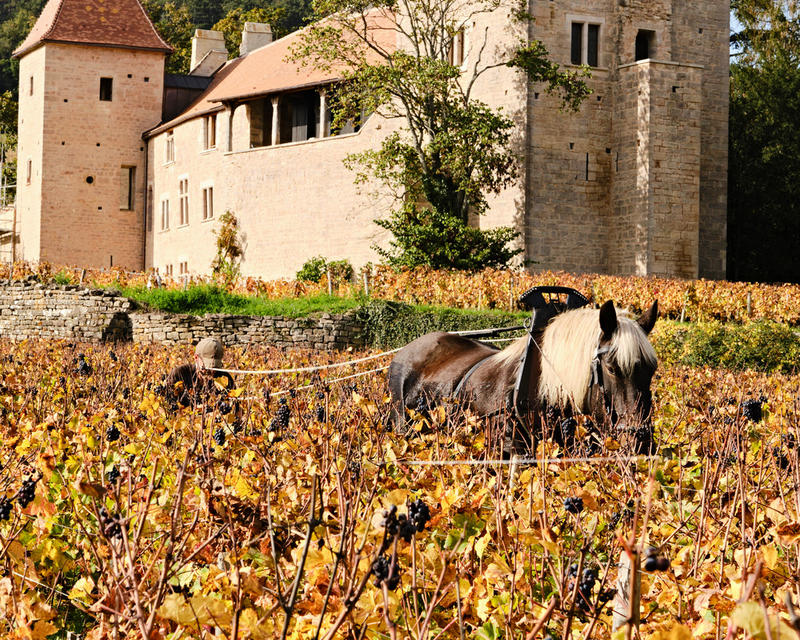 01: A horse ploughs the vineyard in the shadow of the Château de Gevrey-Chambertin

What we now know as Gevrey-Chambertin was originally a Roman settlement; remains of a Roman vineyard have been discovered just outside the village, conﬁrming that viticulture was taking place here in the Gallo-Roman era. Rumour has it that in the 12th century, the ﬁrst person to plant vines here was named “Bertin”. The vineyard area was called the Champs de Bertin, (“the ﬁelds of Bertin”); over time this would become the Grand Cru that we now call Chambertin.

The most notable inﬂuence on the terroir here is the Combe de Lavaux. As you drive south from Dijon and enter Gevrey-Chambertin, you’ll find a break in the hill on the right-hand side. This ravine-like valley is the result of slow weathering and has had major effects on the local landscape. Over the centuries, rocks and minerals have washed down from the mouth of the combe. This creates an alluvial fan which continues south-easterly down the slope, extending further beyond the road onto the ﬂatter land below.

"The winemakers of Gevrey-Chambertin are revitalising its reputation. No longer the sole preserve of the extracted, full-bodied reds for which it’s sometimes known, this is an appellation that can surprise and delight"

As a result, you can roughly divide the terroir here into three distinct parts. First, there’s the section under the combe, which has thin soils and contains marl and limestone. On a map of the appellation, you can clearly see the extended inﬂuence of the alluvial fan. Second, there’s the area to the north of the appellation, where most of the Premiers Crus are found; this part has well-draining soils of brown limestone. The Premiers Crus here are the highest part of the slope, located at altitudes of between 290 and 380 metres. Finally, the area which borders Morey-St Denis is home to the Grands Crus. Here, you’ll ﬁnd limestone, marl and clay subsoil, covered by thin, limestone-rich soil. The Grands Crus sit mid-slope at around 300 metres’ altitude. Due to the large area, there is a wide diversity of terroir and, consequently, a variety of wine styles made here. Most vineyards face south-east or south, except for a couple of village-level climats that sneak up the north-facing side of the combe.

Some of my favourite wines are made by Domaine Rossignol-Trapet. Brothers Nicolas and David Rossignol run this family estate, which was created by the marriage of their parents. Their vineyards are biodynamic; they tend to their vines religiously. This is a particularly arduous task in a vintage like 2021, which was plagued by mildew and disease. Amongst other wines of note, they have three different Grands Crus that are fascinating to compare side-by-side. In the cellar, they aim for lighter extraction, which results in beautifully perfumed wines with a lot of complexity.

An exciting and relatively new addition to our portfolio is Domaine Henri Rebourseau, run by seventh-generation brothers Bénigne and Louis de Surrel. Their estate covers 13.5 hectares in the Côte de Nuits, of which 5.28 hectares are classiﬁed as Grand Cru. The wines are dense and powerful whilst also showing crunchy red fruit and beautiful freshness. The brothers have been running the estate together since the 2019 vintage; we are following the fascinating development of the wines closely. 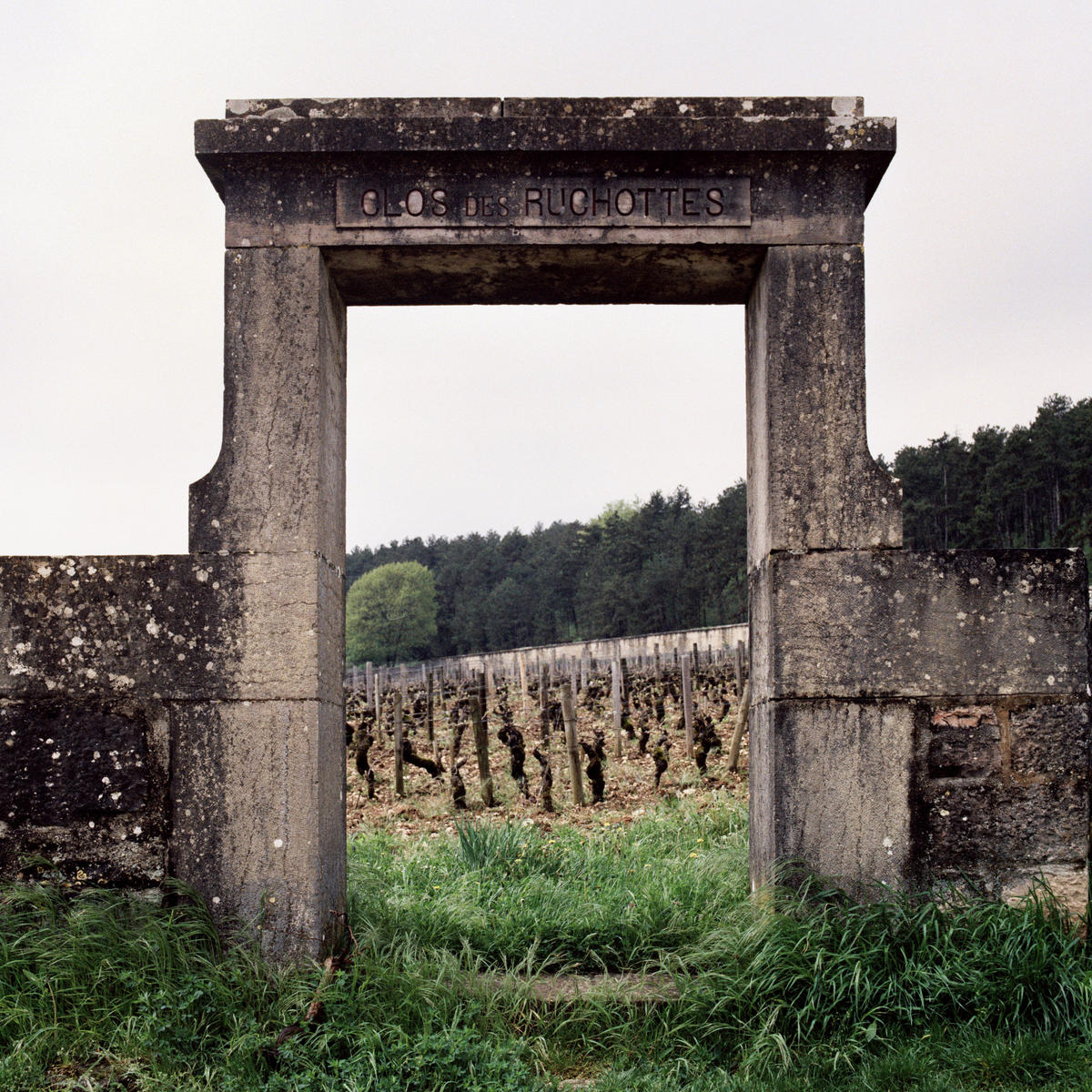 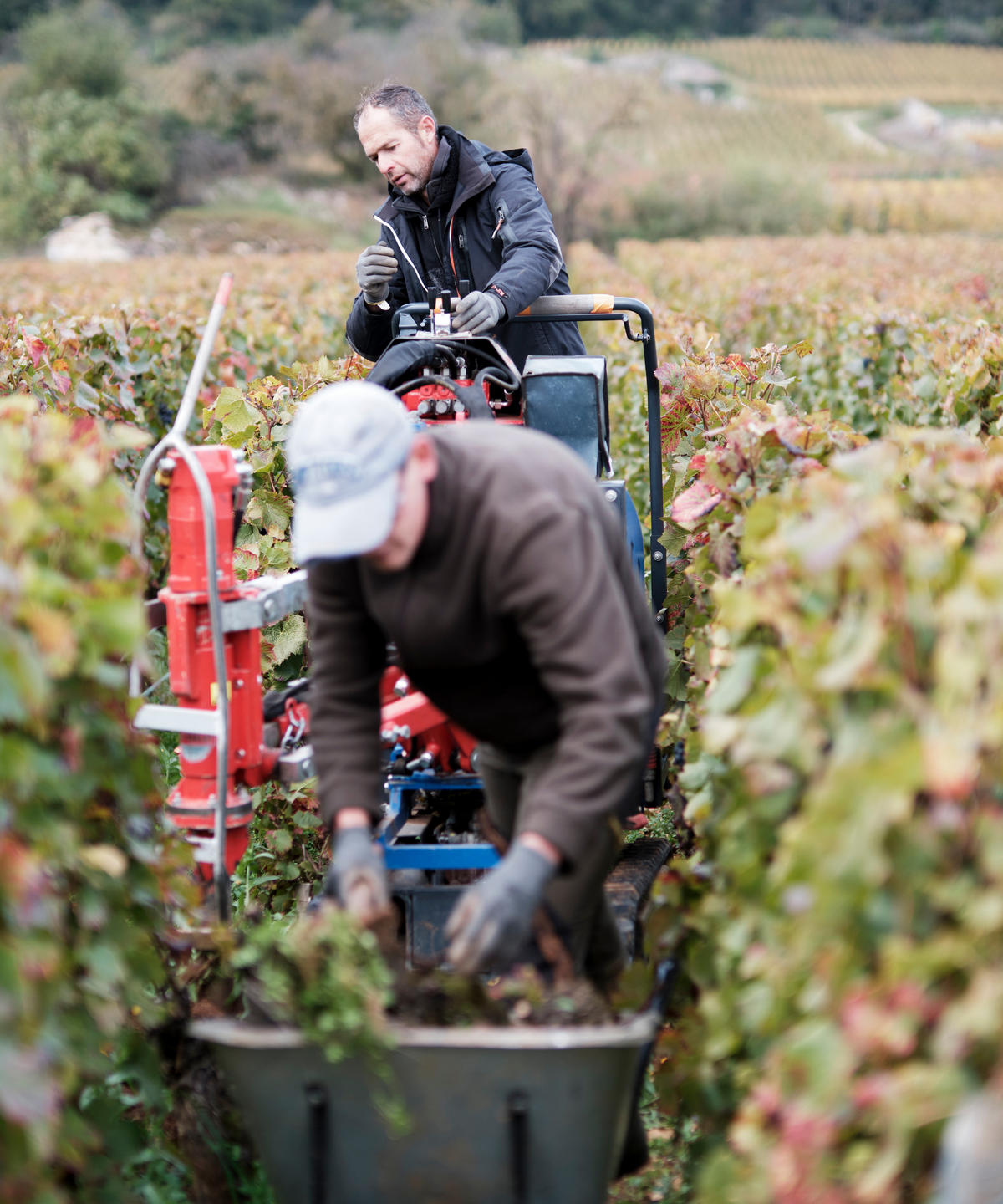 Unfortunately, Gevrey-Chambertin is feeling the effects of climate change. The 2021 vintage posed a particular challenge as budburst came early and was followed by severe frosts. Luckily for the producers we visited here in the autumn, the loss wasn’t as devastating as in other areas. One of my favourite winemakers, Jean-Pierre Guyon, has a parcel in the village climat of Les Platières. He is using meticulous new training techniques to avoid sunburn in warm years and to avoid disease. This, I believe, is where the future of grape-growing lies in Gevrey-Chambertin: obsessive work in the vineyard coupled with restraint in the winery.

The winemakers of Gevrey-Chambertin are revitalising its reputation. No longer the sole preserve of the extracted, full-bodied reds for which it’s sometimes known, this is an appellation that can surprise and delight. On a typical buying trip here, I know that I’ll ﬁnd wines with signiﬁcant power and structure, but that also display elegance, well-integrated oak and some delicate red-fruit character. I’m already looking forward to my next visit. 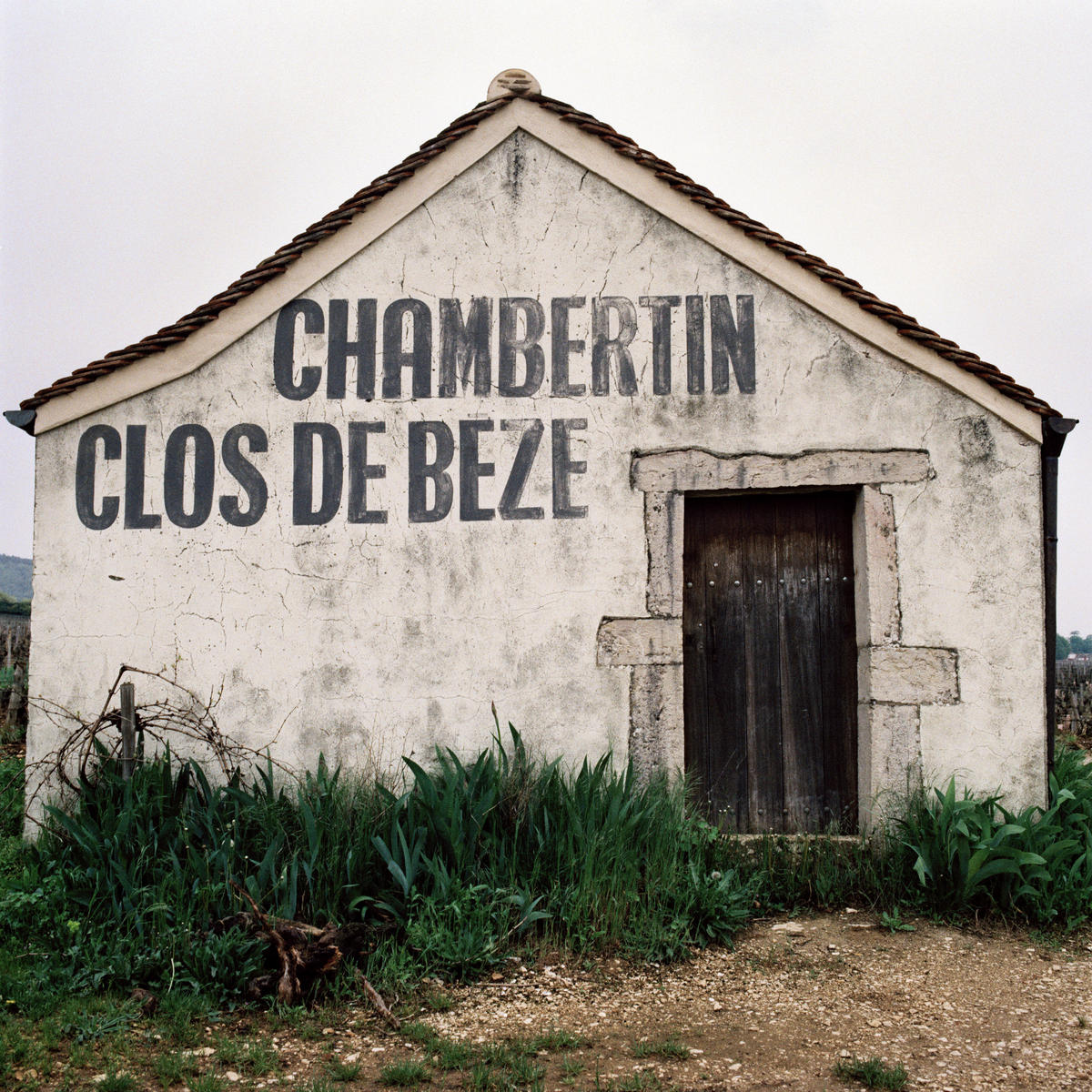 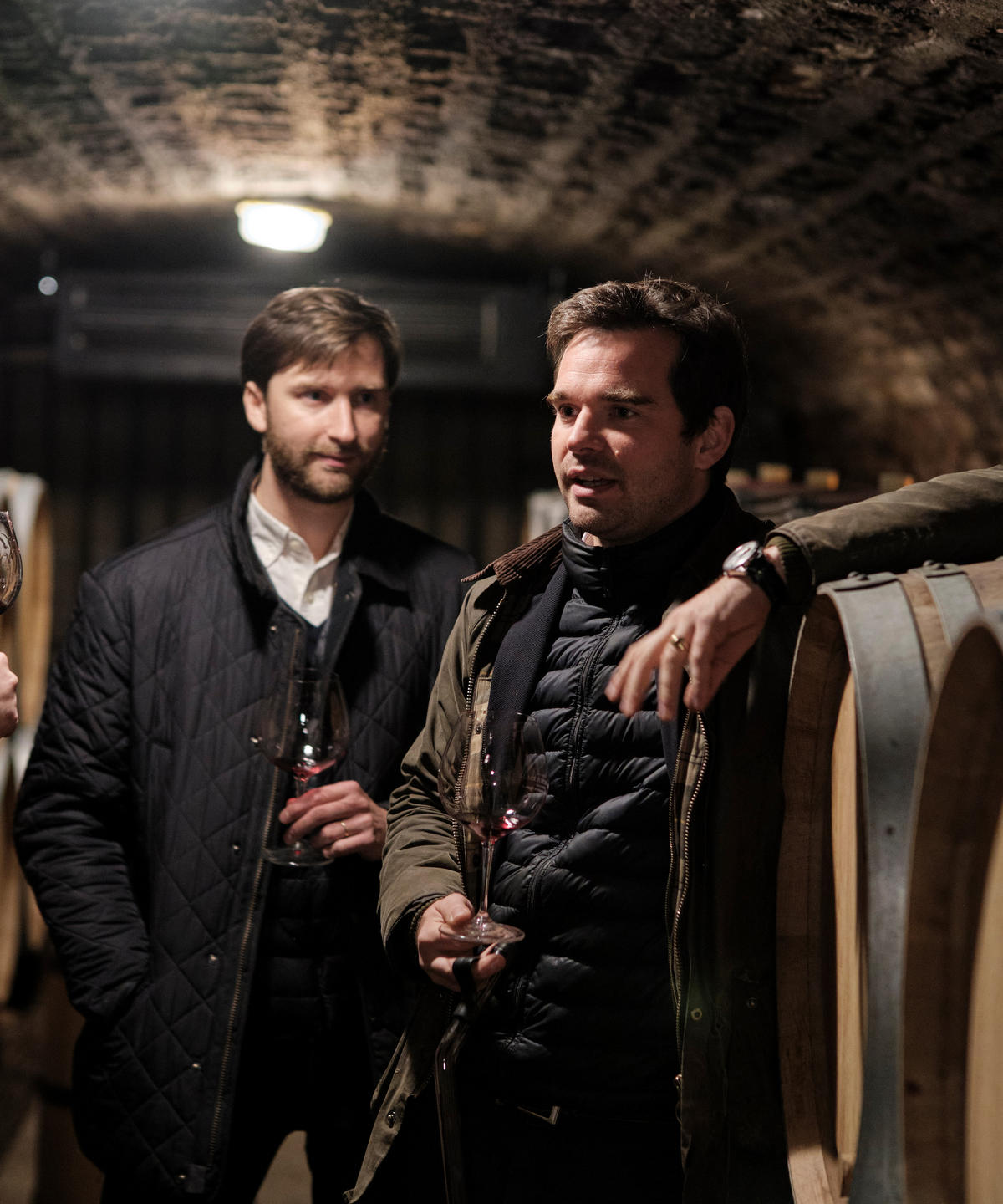 04: Chambertin Clos de Bèze is one of Burgundy’s most iconic Grands Crus