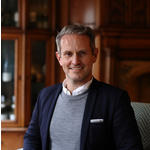 To mark the Queen’s Platinum Jubilee, we’ll be joining people across the UK to plant trees. Here, our Director of Sustainability Andrew Magowan finds out more about The Queen’s Green Canopy initiative

This June will see countless Union flags unfurled and acres of bunting hung from lampposts as we join together to celebrate the historic Platinum Jubilee of Her Majesty the Queen. But long after the last Pimm’s has been enjoyed and the final trestle table folded away, there will be another more enduring legacy. Along with millions of people up and down the country, we’ll be joining The Queen’s Green Canopy (QGC) to plant trees, creating a tribute that will last through the generations.

As Berry Bros. & Rudd’s first Director of Sustainability, I’m delighted that we’ll be supporting the QGC initiative – not just with a host of new saplings taking root at our Hampshire sites – but also through our charity bottling of Good Ordinary Claret. My role is to help us work in a more sustainable way, by tackling the biggest environmental and social impacts that our business has, in particular our CO2 emissions and our use of plastics. Supporting projects such as this, with a clear environmental benefit, chimes with our work on tackling our CO2. But more than that: for the Berry and Rudd families, this is a fitting way to celebrate our treasured, long-standing connection to Her Majesty the Queen.

Earlier this spring, I sat down with Geraint Richards MVO, the Head Forester for the Duchy of Cornwall, to find out more about the QGC nationwide project.

Geraint, who self-deprecatingly describes himself as “a humble forester”, is a driving force behind the QGC. Like all great ideas, it’s deceptively simple at heart.

“We’re asking anyone – individuals, scout troops, garden groups, schools, local parishes or community groups, right through to bigger landowners – to plant trees,” explains Geraint. “Then you can pin your planting onto an interactive map, as part of the nationwide collection of all trees planted for the Jubilee.”

Fittingly for our nation’s longest serving monarch, the idea is all about legacy. “There’s so much going on for the Jubilee, so many different celebrations, and they will be wonderful,” says Geraint. “But they will be transient.” This is an idea that can be enjoyed for generations.

“Last year I visited this lovely oak that had been planted for Her Majesty’s coronation,” he says. “That’s the legacy a tree can create 70 years on. And with an oak, it could be 500 years on: there will still be this tree marking an incredible year for Her Majesty. So, the greatest legacy is to plant a tree.”

It’s an idea our country is ideally suited to. “From where I live down in Cornwall – where you hardly get a frost – up to Northern Scotland, you can grow a wide range of species. We have our natives: 30-odd broad leaf trees, oak being the iconic one. We have only three native conifers in the UK: the Scots pine, the yew and the juniper. We have some naturalised species, like sycamore and sweet chestnut, that have been here thousands of years and are part of the landscape.

“Finally, there are large numbers of non-native species, both conifer and broad leaf. The range is enormous.”

Long to reign over us

The longevity of Her Majesty’s reign has inspired the second part of the QGC: a focus on protecting the UK’s incredible heritage of ancient trees and woodlands. As Geraint explains: “If you go back thousands of years, we would have been a tree-covered nation. We’ve been very good at clearing a lot of our woodlands for agriculture and fuel. But if you remove the grazing by sheep and leave any patch of ground in the UK then, for the most part, trees will grow eventually. They’re the climate’s ideal vegetation.”

Our ancient woodlands are the remaining fragments of the native woodland that would have once covered the UK. “These woods have been there for hundreds of years and are incredibly rich in biodiversity. They were always worked to produce charcoal, fencing and building materials for boats and barns, for example. But nevertheless they were continually cared for.”

The ancient trees on the other hand normally aren’t found in woodlands. “In the woodlands, you didn’t let trees grow ancient, you would fell them for timber,” Geraint explains. Instead, they tend to be a feature of the wider landscape. “In parklands – particularly around country houses, hedgerows, orchards – trees got very big and very old. They were still managed and were still producing material, but they were always allowed to grow back. We have an amazing abundance of ancient trees, a lot of which have been preserved.”

But just because we have a lot of ancient trees and woodland, that doesn’t mean we can get blasé about them. “They do need management; they do need protection. There are risks to them from climate change, pests, development and poor practices around them.”

The QGC will dedicate 70 ancient woodlands and 70 ancient trees to the Queen. They will not only be protected, but also their remarkable stories will be shared.

We have never needed our trees more

The Queen’s Green Canopy is a simple idea, but it’s one we’ve never needed more. Unsurprisingly, the climate crisis is a topic close to Geraint’s heart: “Trees suck in carbon dioxide, which we will need if we’re going to mitigate climate change. If you turn a tree into timber, whether it’s in furniture or buildings, that is locked carbon. The last few years, climate change has been first and foremost on the agenda and, at last, everyone is engaged with this concept of needing more trees and woodlands and forests.”

Geraint also advocates the role of trees have to play in extreme weather events: “Trees help reduce flooding,” he explains. “When we get catastrophic weather, trees help slow the flow. In the urban environment, trees can bring the temperature down which will be important as global temperatures rise.”

The pandemic has also reminded us of the importance of trees and outdoor space to our mental health and wellbeing. “It’s hard to remember, but just two years ago you were only allowed one walk per day. How much did people appreciate their green space then? How many people go for a walk in the woods and just feel better?”

“Ancient woodlands do need management; they do need protection. There are risks to them from climate change, pests, development and poor practices”

Facing up to threats

Unfortunately, reforesting the UK isn’t as simple as planting seeds and leaving them to it. There are countless pests and diseases that need to be managed. “We’ve already witnessed the loss of elms to Dutch elm disease; we’re now witnessing the loss of ash to ash dieback,” says Geraint. “There are enormous threats, linked to climate change in some ways, but also to the mass movement of plant material around the world.”

Thinking about our mighty oaks makes those threats feel real. Geraint explains: “The British oak is just an amazing tree, and it’s also absolutely vital. Work done last year showed that 2,300 different species depend on or use oaks – that’s birds, fungi, invertebrates, butterflies, moths, etcetera. Oaks are these incredible hubs of biodiversity. Yet our oaks face a multitude of threats and if we lost them, it would be a catastrophe. The biodiversity crisis is enormous.”

To look at this another way, as we plant more trees, we will need more people to look after them. And, currently, there’s a skill gap. “A real issue in the forestry and tree world is a lack of young people coming into the sector,” says Geraint. “We desperately need people to plant trees and manage woodlands.”

It’s clearly a real passion of Geraint’s, understandably: “Without being too controversial, the education system doesn’t tailor itself to people who might want to do something like this. Most teachers don’t know there’s a job in forestry; most careers advisors don't know of the breadth of careers that come from green skills.”

Geraint is working with The Prince’s Trust to try and change this: “It’s a lovely thing when you do see a young person suddenly find out ‘this is what I born to do’. It’s such a shame no one told them that when they were 14, instead of waiting until they were in their twenties. So with the QGC, we’re also trying to get young people into green skills, through skills training and the Royal Junior Forester Awards.”

If you’re inspired to get planting, Geraint has some advice. First think about where you might be able to plant, and the type of tree that would be most suitable. “We want people to think about where they are planting their tree, the space they’ve got, the soil, the climate. If you’ve got a small garden, you’re not going to be planting an oak tree. But even a lot of smaller gardens can accommodate apple trees or some of the prunus cherry trees.”

Timing also matters. “You ideally plant trees while they’re dormant, so the QGC includes two planting seasons, from 1st October to the 31st of March. With the first planting season over, you need to prepare for the coming October. ” You may therefore need to wait a while.

Geraint also suggests looking for a tree nursery that is certified ‘Plant Healthy’. Do that, and your tree should thrive for a long time, maybe even realising one of Geraint’s overarching goals for the project: “hopefully some of the trees planted this year for the QGC will be the future ancient trees for the next generations”. Looking ahead to future generations? Well, that certainly strikes a chord here at Berry Bros. & Rudd.

Now, where did I put my wellies and spade…? 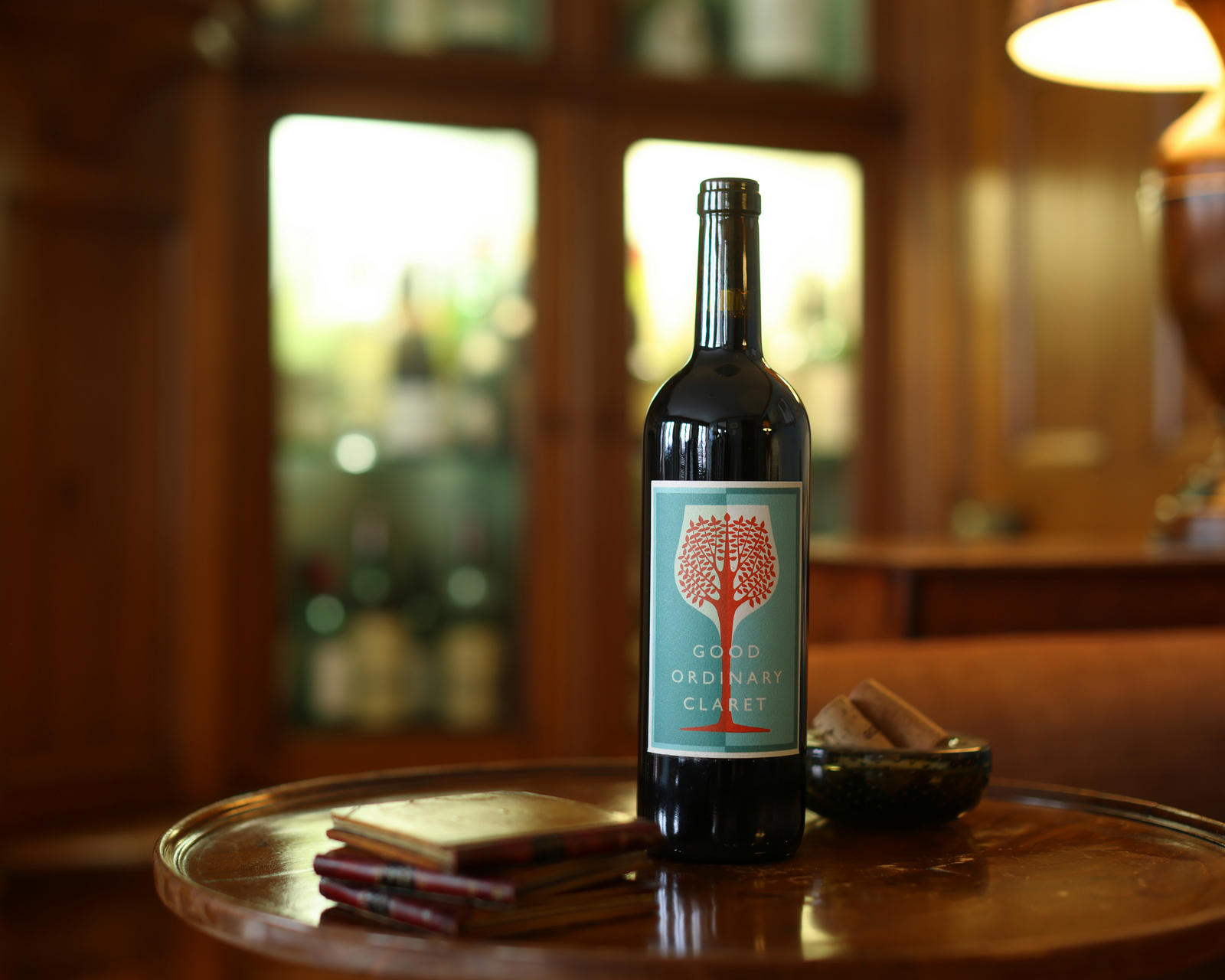