Inside Burgundy:
a minefield of riches

Home > Editorial > Inside Burgundy: a minefield of riches

Marking the release of the second edition of Inside Burgundy, we caught up with Jasper Morris MW to uncover how much Burgundy has changed during his working life.

Since its first publication in 2010, Inside Burgundy has been considered a landmark book on the wines of Burgundy. For author Jasper Morris MW, it grew out of a passion which was sparked almost four decades ago, in the early years of his wine career.

“My interest in Burgundy goes back to the early 1980s, when I was an importer of French wines and started my own company, Morris & Verdin,” he recounts. The company was bought by Berry Bros. & Rudd in 2003, becoming Fields, Morris & Verdin (FMV).

“Originally, we imported wines from throughout France, and I had no particular feeling for one region more than another. But even within the first year, I found Burgundy to be the special place.” 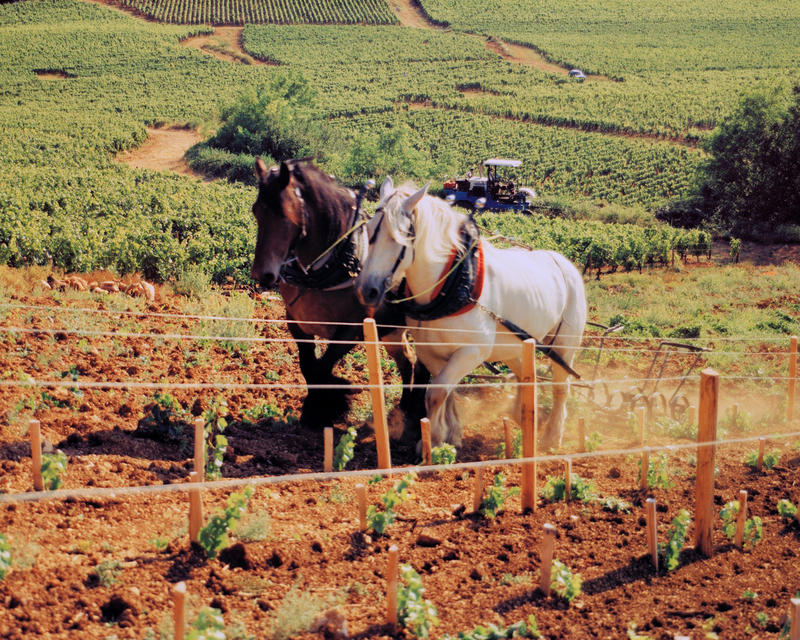 Traditional farming methods, such as the use of horses, persist in some parts of Burgundy

A huge influence, Jasper says, was meeting the late Becky Wasserman, an American wine broker who had been based in Burgundy since 1968, until her death in August 2021. “I dedicated the book to her,” he tells me, a month before the news of her passing. “She’s an extraordinary person who has done so much – whether it’s for importers, producers or critics – to get everybody to understand what Burgundy is about.”

“When I started out, I could find good wines in every other region. Bordeaux was already very well covered by companies such as Berry Bros. & Rudd, but Burgundy wasn’t getting the attention it deserved.”

It was fortuitous timing. “It coincided with the start of the movement towards domaine-bottled Burgundy,” Jasper explains. “It was a period when more and more individual domaines started looking to sell in international markets, so I happened to be in the right place at the right time.” 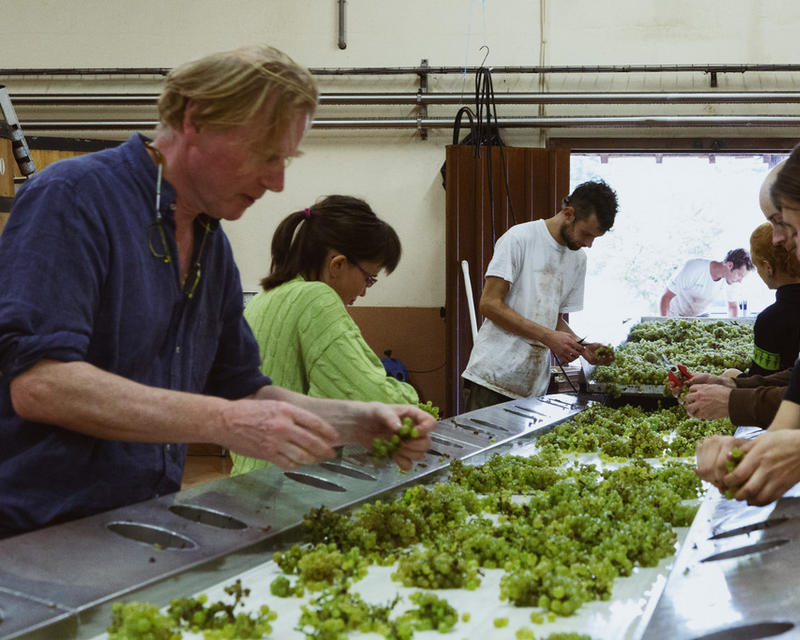 Jasper sorting the grapes on a production line in a winery

The golden age of Burgundy

The Burgundy of the early ’80s was a very different place to the Burgundy of today. “It was a place of great potential, but one that nobody was very excited by,” he reflects ruefully.

“‘Minefield’ was the cliché word that was constantly being used for Burgundy. It was erratic in the sense that you didn’t know what you were getting: you couldn’t just buy a bottle with the name of a famous vineyard or good producer and feel confident you were getting a decent wine.”

Throughout the decade, winemakers began to strive for higher quality wines, although it took some time to make changes to the vineyards and long-held techniques. But by the time the ’90s came around, it seemed Burgundy had risen.

“It was a very good decade for Burgundy,” he says. “Of course, the early days of global warming were beneficial for Burgundy because it meant that grapes were able to ripen more frequently. But now, we’ve had more extreme weather conditions, like everywhere else in the world, which has become problematic for the producers.” 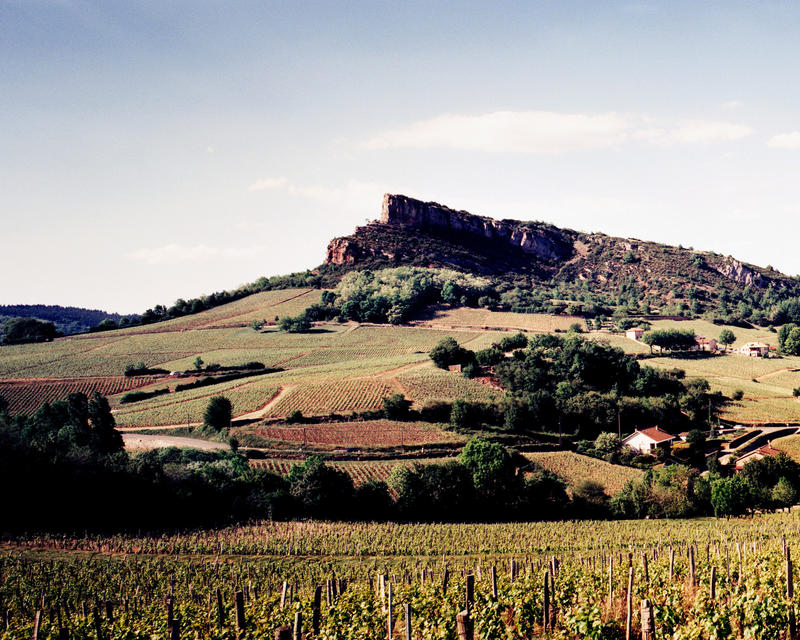 A panoramic view of vineyards in the Mâconnais

The second edition of Inside Burgundy takes a closer look at the region’s less-expensive appellations, given that prices for the most famous names have “really shot off the scale”.

“With global warming, the side villages have probably started to make better wine anyway,” he concedes. “There’ll be more information on villages like St Romain and Auxey-Duresses in the Côte de Beaune, and the whole area of the Hautes-Côtes de Beaune.

“The Mâconnais is a very exciting area,” he continues. “It’s always frustrated me that a restaurant might have 15 different examples of Chablis, but just one Pouilly-Fuissé. There are lots of different characters in the villages that make up Mâcon Villages – a lot of innovative people down there doing interesting things.”

The area around Chablis – referred to as the Grand Auxerrois, outside the city of Auxerre – is another key area of interest. “You get a lot of interesting red, white and rosé wines here that are making more sense than previously.”

Jasper cites the arrival of a younger and more dynamic generation of winemakers as the driver behind these changes.

“Back in the day, everybody spoke of a new young generation: my friends and people my age who were born in the late ’50s,” he reflects. “But since then, there was no real feeling of an overall change until the people born at the end of the ’80s started coming up.

“Suddenly, there’s a feeling of a new vision again. You get people trying to do adventurous things in viticulture. That drive has continued with the people who followed 10 years after that crowd.

“It’s really exciting to see what they’re doing – the optimism and commitment to hard work,” he enthuses. “I was almost expecting that people might be complacent, assuming that the wine is going to be good simply because it’s Burgundy. But I still see that drive and energy to make things better and better.” 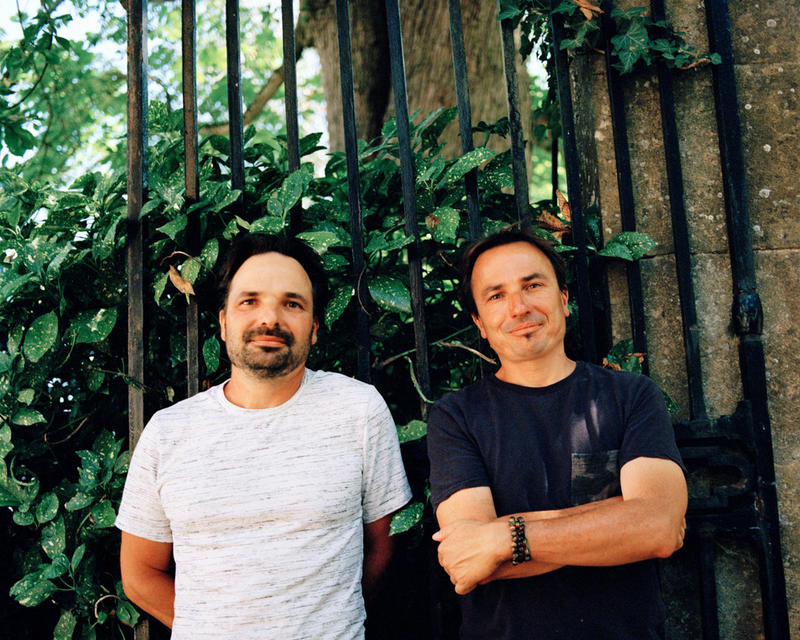 The Bret Brothers, who work in southern Burgundy

What fascinates Jasper most about Burgundy, I ask?

“It’s the human side – the fact that everyone is sort of related to one another,” he chuckles, “some villages more than others. You’ve got a handful of different family names, which are sometimes grouped together as double-barrelled names.

“If a boy marries a girl, and the girl has good vineyards, they tend to continue with both names. It does, to some extent, influence the style of wine made – you get to know which families have influenced a particular producer. For the first edition, we did think of subtitling it “The sex life of Burgundy”, but wiser heads prevailed,” he says with a wry smile.

Beneath the complex family politics of Burgundy, is there a strong sense of community that unites the region’s winemakers?

“Actually, that’s something that has changed over the years I’ve been here,” he acknowledges. “These days, people are working together, rather than being rivals. They spend more time in each other’s cellars, tasting together and thinking about it together – but happily, they don’t then go off and make the same kind of wine. Burgundy is too naturally independent for that.” 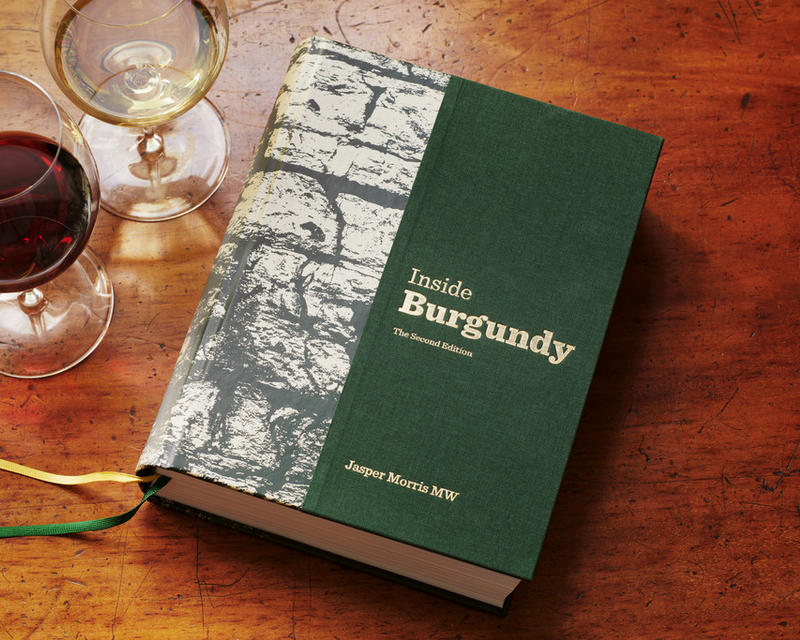 Inside Burgundy
by Jasper Morris MW