A closer look at the bottle design of The King's Ginger

We’ve collaborated with Stranger & Stranger to bring the latest bottle of The King’s Ginger to life. Our ginger and lemon spirit is deeply rooted in the history of Berry Bros. & Rudd, and its new look is inspired by its rich heritage. Explore the inspiration and considerations behind its latest design.

The King’s Ginger owes its name and spirit (in all senses of the word) to King Edward VII, whose passion for country sports led to the development of a “restorative” ginger liqueur that could be enjoyed outdoors.

Since 1903, The King’s Ginger has been evolving continuously – from a well-kept secret amongst the upper classes to a staple in modern cocktail bars. 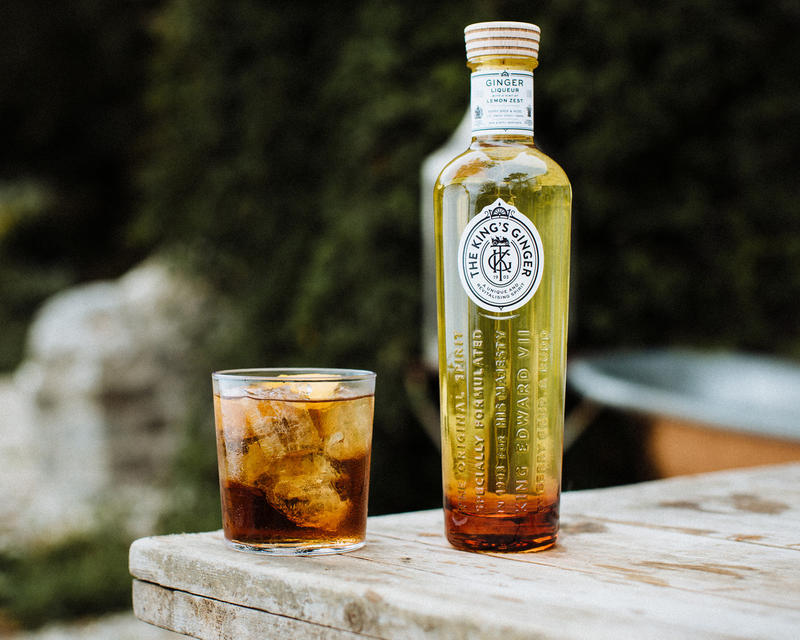 We collaborated with design agency Stranger & Stranger to revitalise The King’s Ginger for a new age. The new bottle comes in the shape of a saddle flask, the sort that Edward VII would certainly have carried, in recognition of its heritage.

“The saddle flask recalls a shared enjoyment with friends,” says Guy Pratt from Stranger & Stranger. “Historically, it’s rooted in the tradition of horseback sports that would have been enjoyed by the upper classes in the time of King Edward VII. We wanted to bring that story forwards and situate it firmly in the now.”

Today, the saddle flask might seem like a historical artefact, but they were once commonplace. “In the days before the commercial advent of the motorcar, before Mr Ford made it popular and accessible to everybody, people used to travel around on horseback,” explains Ronnie Cox, our Brands Heritage Director, “So, the saddle flask would have been held in a leather holster and carried on the side of a horse.”

But, even as it fell out of use amongst the general public, the saddle flask continues to be used in the context of country sports.

“It remains popular even today when people go out hunting – an activity which takes place in winter, when it’s very cold,” says Ronnie, “It was typical to have a ‘stirrup cup’ before going out on a hunt, a tot of something to calm you down before getting on a horse, and it was just as typical to carry a flask throughout the day.”

This is the inspiration behind the latest reincarnation of The King’s Ginger. 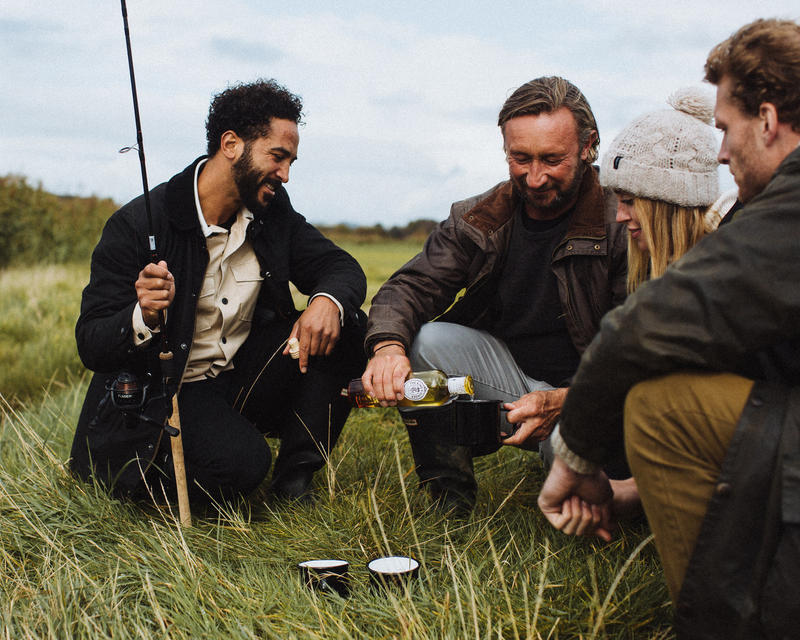 “The new bottle allows the liquid to be the hero; it takes the design from staid tradition to a more refreshing, convivial experience,” says Guy. “During the re-design, we knew we needed to shed new light and energy on a brand which had been around for a long time and give it appeal to a new audience.”

The result is clean and elegant, tactile and seductive. Its translucent golden bottle recalls honey or nectar, suggesting richness, vitality and purity.

The elegance of the bottle is complemented by bold embossed lettering, which references The King’s Ginger origin story. “The embossing serves two purposes,” explains Guy, “it’s incredibly tactile, so it feels good in your hand and adds grip. And the vertical orientation invites you to pick up the bottle and investigate the lettering, naturally asking to be turned in the hand.”

The tactile element plays into its functionality too, making it easier for bar staff to grab the bottle and pour – which adds to its modern appeal. “There’s a huge renewed interest in cocktails, driving interest to liqueurs such as The King’s Ginger,” says Guy, “The tall, tapered bottle is a bold move within the liqueur category, which is known for short, stout bottles such as the old King’s Ginger. But moving towards this more elegant style gives it better shelf stand-out, especially when they’re often placed at the back of the bar.”

In contrast to the previous bottle, the new bottle is also fully recyclable. Sustainability is a key consideration behind the new design, broadening its appeal to a new audience of socially and environmentally conscious consumers.

So, does the new King’s Ginger bottle reflect a different direction for the future? “The vision for The King’s Ginger is one of relevance to the modern audience – while at the same time, staying true to its roots. It draws out its origin story as a revitalising restorative: a spirit presented in a tall, lean bottle, perfectly suited to high-energy kingly pursuits such as horse-riding, hunting and fishing.”

While our latest iteration of The King’s Ginger remains true to this history, that doesn’t mean it won’t evolve. The latest recipe brings out more of its spicy, gingery warmth, which proved popular with the judging panel of the San Francisco World Spirits Competition, who awarded The King’s Ginger a gold medal in 2021.
In today’s world, it’s no longer a liqueur solely associated with country sports; the latest design reflects a broader horizon for The King’s Ginger, envisaging it as the go-to spirit for a new generation of bon viveurs.