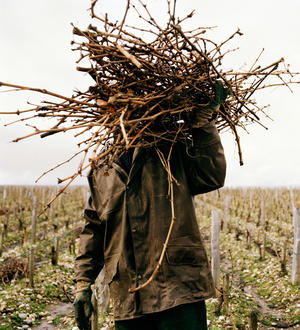 Domenico Clerico’s small estate is situated in Monforte d’Alba, right in the heart of Barolo. Domenico Clerico is one of the most respected names in all Barolo, and his wines are renowned for both winemaking of the highest quality and for their exceptional expression of terroir, derived from outstanding vineyard holdings in four of the greatest crus of Monforte: Ginestra, Bussia, Pajana and Mosconi.

Domenico commenced production in 1979, following a brief engagement in the olive oil business, concentrating his efforts on single-vineyard expressions. Interestingly, like many of the modernist persuasion, Clerico began in traditional mode, utilizing the hallmark vessels of the traditionalists, Slavonian oak casks, as they were readily available to him.

The transition to barrique took place subsequent to 1990 and whilst his initial barrique regime for Baroli featured equal proportions of new and used French barrels, for a brief period of time, Clerico employed new barrique exclusively for all of his Barolos. He soon moderated these absolute tendencies, with new barrels now constituting between 35 and 40 percent of his ageing vessels.

Owner Domenico Clerico is one of the key proponents of the modernist movement in the winemaking process of Barolo, creating more round, fruity wines. He believes that the grape, rather than the production processes, is the key to quality wine and passionately advocates the importance of the land in wine-making. This explains his concentration on single-vineyard wines as they allow the character of the land to shine.

“One of the most gifted winemakers in Piedmont...these are wines of extraordinary richness, amazing aromatics, and sensual personalities that satiate both the hedonistic and the intellectual senses." - Robert Parker, Jr.