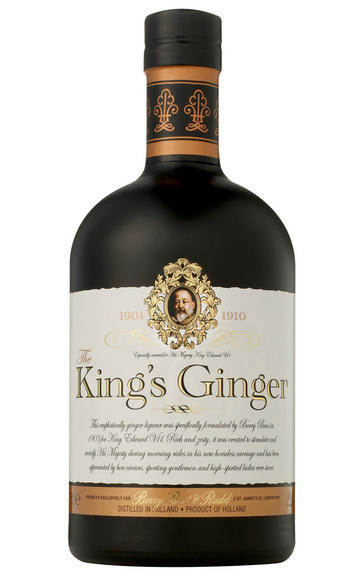 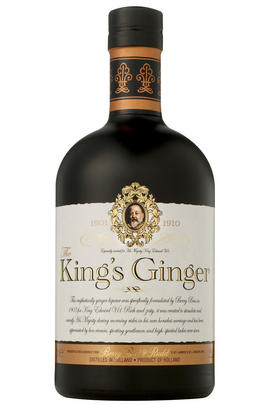 The King’s Ginger may be celebrating its 117th birthday, but it remains a timeless liqueur. On the nose, there’s fresh natural ginger and zesty lemon; on the palate, you’ll find ginger-syrup sweetness, fresh ginger and lemon – delicious on its own, or mixed in a cocktail. This year, The King’s Ginger is appearing in its new bottle. Its updated design is a nod to the saddle flask, and to King Edward’s love of the outdoors.
Read more

King Edward VII literally lived life in the fast lane. He would endlessly drive his horseless carriage (a Daimler), whatever the weather. So much so, that in 1903 the Royal Physician became concerned about the monarch’s health. So, he called on Berry Bros. and Rudd for a solution, a bespoke liqueur that would warm and revivify His Majesty. Crafted from fresh ginger, (for centuries celebrated for its medicinal properties) and enlivened by the judicious addition of citrus oil, The King’s Ginger was born. Rich, golden and delightfully crisp in flavour, it helped King Edward stay colourful and ready for whatever came next.

While wonderfully uplifting and enjoyable on its own, The King’s Ginger comes to life in social situations (just as King Edward did). It is the perfect foundation for any occasion, including these delicious cocktails: King’s Ginger Hot Chocolate, King’s Mulled Cider