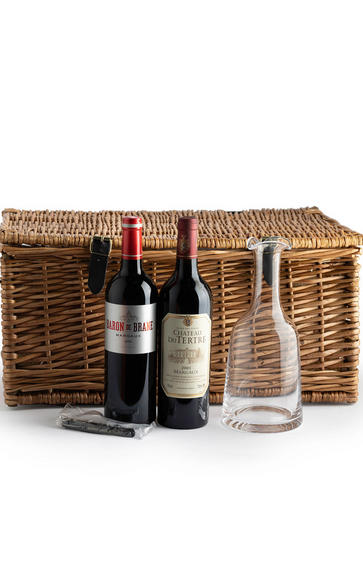 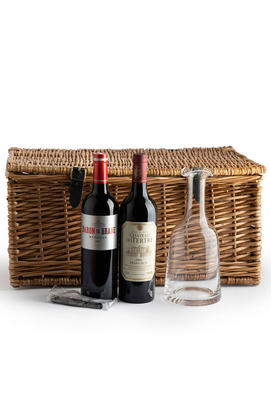 This hamper is now discounted. Price shown includes a 20% saving.

At Christmas, it is hard to beat a fine Claret: it’s traditional, food-friendly and made to be savoured. Our Bordeaux hamper includes a pair of wonderful Margaux wines.

The first comes from Fifth Growth Château du Tertre: having been aged for two decades, this Cabernet Sauvignon-dominant blend shows the grace of truly mature Claret.

Next, we’ve included the elegant and refined second wine of Henry Lurton’s gem of an estate, Brane-Cantenac. You’ll be able to enjoy these wines at their best with our Claret jug from designer John Jenkins – and not forgetting the trusty corkscrew too.

Contains one of each of the following: