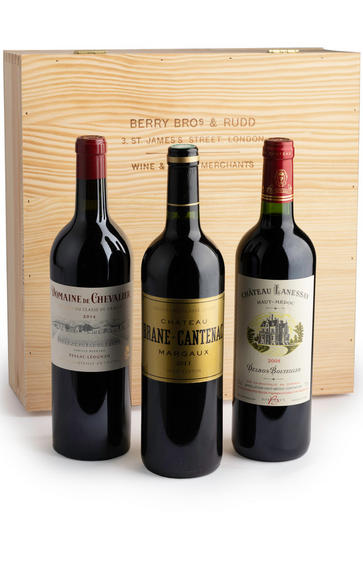 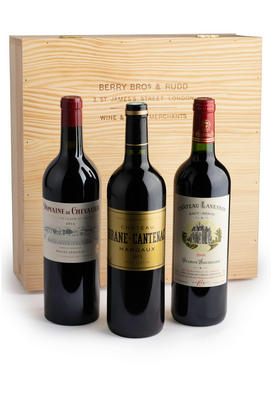 Presented in a wooden case

This Christmas, spoil your Claret-devotee with a trinity of fine wines. The most mature bottle in this selection is a 2008 Château Lanessan, which is in its prime drinking window. Lanessan’s wines are renowned for ageing with grace, mellowing to reveal depth and fruit. Next, we turn to one of our favourite producers: Château Brane-Cantenac. Here, wonderfully talented winemaker Henri Lurton skilfully brings out the best of the 2011 vintage, resulting in this delicate, floral Claret. It’s just entering its drinking window. Lastly, you’ll find a 2014 Domaine de Chevalier: blackberry and raspberry-laden, with gorgeous fruit, this is sublime and silky. It’s drinking now but would keep.

Contains one of each of the following: