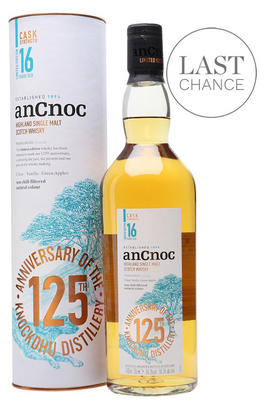 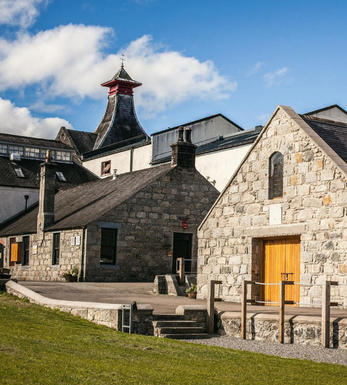 John Morrison bought the Knock estate in 1892 from the Duke of Fife .The discovery shortly afterwards of several springs of pure, clear and highly palatable water on the southern slopes of Knock Hill impressed him so much, that one month later, he laid out the plans to build a distillery and Knockdhu was born.

The location, close to the Great North of Scotland railway line and just a few miles from the peat and barley-rich region of Moray, could not have been more suited to such a venture. The railway station on the Great North of Scotland line run between Aberdeen and Elgin. This railway does not exist anymore. Foundations were laid the following year and the distillery, built using eye-catching local grey granite, began production of its first cask in October 1894.

Despite the closure of the railway branch line in the late 1960s, production of whisky was sustained until 1982 when Knockdhu became one of a dozen distilleries owned by Scottish Malt Distillers to be closed in the face of declining demand for whisky worldwide.

In 1988 Inver House acquired the distillery and in 2000 the malt was re-branded as An Cnoc, to save any confusion with the similarly named Knockando, which is owned by Diageo.

Blends are however, still a very important part of the day to day business of the distillery with a number of whiskies still benefiting from Knockdhu’s input.