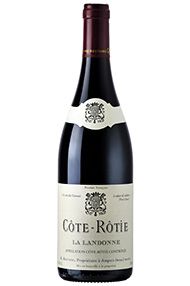 RR is one of the main land-owners of this famous granitic vineyard, located just to the north of the town of Ampuis in the area known as Côte Brune. The wine is suitably powerful, with a dense mid-palate of damson, sousbois and licorice, supported by velvety tannins and great authority on the finish.
Simon Field MW, BBR Buyer, February 2012

M Rostaing, or RR as we affectionately call him, is something of an enigma, a man giving all semblance of being a classicist, yet whose winemaking philosophy, with its use of rotary fermenters and pragmatic approach to destemming, is far from the old-school. His vocabulary, however, is pleasingly old-fashioned; he likes the 2010 vintage, as there is ‘une belle rigueur’, describing it as ‘Jansenist’ in temperament. The classicism now extends to the names of the wines; the wine formerly known as ‘Cuvée Classique’ has been renamed Ampodium, the Roman name for the town of Ampuis, and the location of his winery.

Parker - The dense blue purple-colored 2010 Cote Rotie La Landonne (100% Syrah from the steep schist and iron-like soils of the Cote Brune) possesses abundant aromas of blackberries, charcoal, roasted meats and licorice as well as a hint of camphor. Masculine, virile and full-bodied with good acidity and copious tannin, it requires 3-4 years of cellaring and should keep for 15-20 years. Rene Rostaing’s elegant style is well-displayed in both 2010 and the riper, more fleshy, exuberant 2009 vintage. Always the sexiest wine in Rostaing’s cellar is the Cote Rotie Cote Blonde. It includes 3-4% co-fermented Viognier and is always the most seamless wine resembling haute couture (Robert Parker - Wine Advocate #197 Oct 2011) 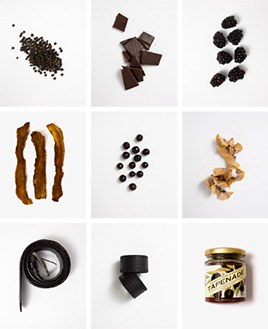