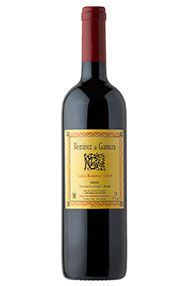 The blend for Remirez de Ganuza Gran Reserva wine is fairly typically with the bulk of the cepage (90%) Tempranillo and the remainder of Graciano. The vines have an average age of 60 years and the harvest is done by hand. Fermentation takes place in small French oak vats and the malolactic is entrusted to small French oak barrels.

The wine itself has an opulent nose of macerated black cherry, kirsch and strawberry with a hint of menthol. The palate is full-bodied and dense but linear and with a pure fruit-driven edge. The finish is smooth and silky, with the oak very evident but demonstrating great poise and a beguiling mixture of spice and chocolate leaving the drinker with stained teeth and a broad grin.
Nicholas Stewart - Fine Wine Team

Fernándo Remírez de Ganuza is one of the big characters in Rioja. A former Rioja wine broker, he set up his eponymous bodega in 1989, using his contacts and knowledge to invest in 70 hectares of the best possible vineyards in the Rioja Alavesa. His philosophy inclines towards modernism with 80% French and 20% American oak, all new, used to age his wines, which are now justly celebrated throughout the world.

The Wine Advocate - The Gran Reserva spends 39 months in French oak and one American. The 2005 Gran Reserva has a deep inky purple/black hue. The nose is very opulent and pure with macerated black cherries, kirsch with a touch of peppermint. The palate is full-bodied and very pure with dense, saturated dark cherry, wild strawberry, a dash of white pepper and dark chocolate. The oak is firmly in the driving seat on the silky smooth finish with tantalizing blood orange and spice on the aftertaste. Limited to 2,400 bottles due to be released in 2013, this is certainly an impressive Rioja worthy of long-term maturation. Drink 2018-2030+
Neal Martin - 31/08/2012 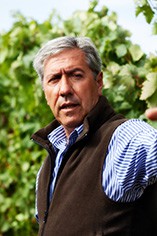 Bodegas F. Remírez de Ganuza is situated in the middle of the lovely village of Samaniego in the Rioja wine region. The splendid country mansion consists of a block of buildings and is equipped with modern reinforced concrete structures faced with masonary stone blocks which are between two and three hundred years old.

This block encloses a spacious, quiet yard, crossed by a canal of running water, which as well as making the place feel cool, ensures the water supply in the event of problems with the local mains supply. The inner roof is made of hundred year old oak beams and the solid wood doors are the only concession to tradition in one of the most ultra-modern wineries in the whole of Spain.

Fernándo Remírez de Ganuza is one of the big characters in Rioja. A former Rioja wine broker, he set up his eponymous bodega in 1989, using his contacts and knowledge to invest in 70 hectares of the best possible vineyards in the Rioja Alavesa: Samaniego, Leza, Elciego and Laguardia. In Remirez de Ganuza, they work with fifty hectares of Tempranillo (90%) and Graciano (10%) situated in truly privileged enclaves of the Alaves vineyards. His philosophy inclines towards modernism with 80% French and 20% American oak, all new, used to age his wines, which are now justly celebrated throughout the world.

Two range of wines are produced: The flagship wine is the Remírez de Ganuza Rioja Reserva with a yellow label (highly acclaimed in the US market), and another Rioja Reserva, but distinguished from the estate's top wine by the Fincas de Ganuza designation (red and yellow label).

The vine stocks have an average age of sixty, with the youngest being thirty years old and oldest, ninety-six, an ideal average for making a wine with "breeding". The skill and exprience of Remirez de Ganuza in growing practises has allowed him to consolidate one of the basic pillars of the Bodega: sourcing the grape supply. Only the best grapes for the best wine.His philosophy inclines towards modernism with 80% French and 20% American oak, all new, used to age his wines, which are now justly celebrated throughout the world. 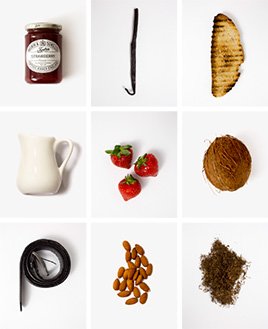