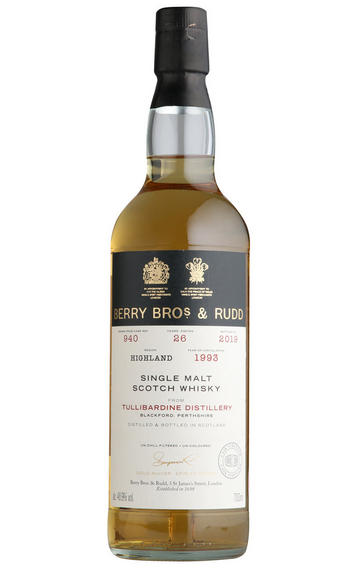 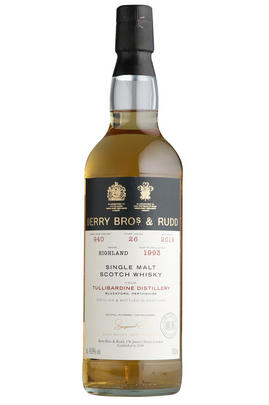 Tullibardine Distillery was built in 1949 by the architect William Delmé-Evans and C.I. Barrett. The former went on to build Jura distillery in 1960. Tullibardine is situated just off the A9 at Blackford in Perthshire, a short distance from the famous Gleneagles golf course.

This whisky has a light floral aroma with notes of soft vanilla, traces of anise and honey. The palate is smooth and nicely rounded with layers of sweet fudge tablet laced with liquorice emerging. The finish is graceful and lingering.
Read more 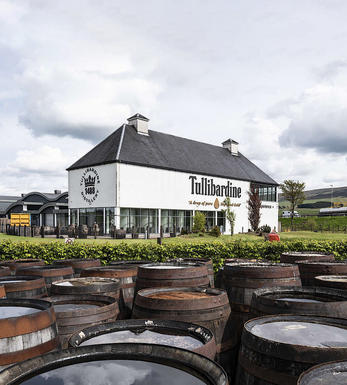 Tullibardine Distillery is situated in the village of Blackford in Perthshire (Highlands) and lies on the site of Scotland’s oldest brewery dating back to the twelfth century.

During the early part of the 20th century, the brewery fell upon hard times and it was eventually sold to a a Welshman by the name of William Delme Evans in 1947, who converted it to a distillery. Delme Evans was an architect and an influential figure who also designed Jura and Glenallachie.

Tullibardine Highlands whisky is generally recognised as an ‘easy drinking’ malt and an ideal pre-dinner appetiser. It is smooth and mellow on the palate with a fruity flavour and has a clean crisp finish. On nosing, Tullibardine offers a fresh, floral scent with hints of vanilla and chocolate orange. It is an ideal introductory scotch malt and is described as ‘eminently quaffable’.