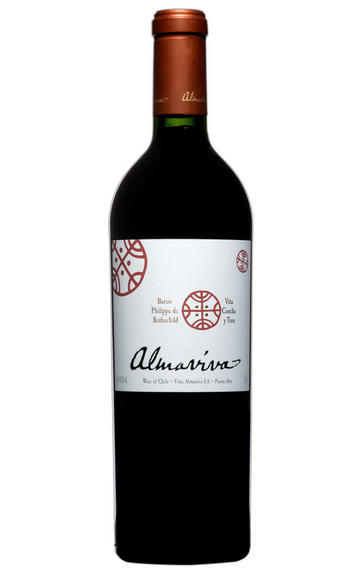 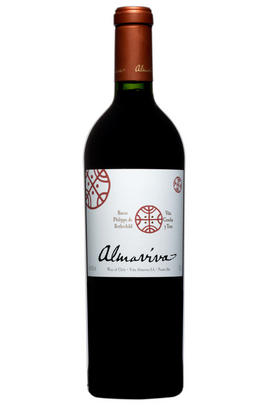 Almaviva was established in 1996 by Baron Philippe de Rothschild. With the steady hand of Patrick Leon (winemaker at Mouton and Opus One), the results have been nothing short of spectacular. Continents collide in a truly spectacular fashion. This is the finest bottle of South American wine we have ever tried.  Previous vintages of this glorious Mouton Rothschild crafted wine have been very good but this magnificent offering is breathtaking and although a tad on the pricey side for a Southern Hemisphere bottle it delivers above and beyond the price tag.  Precise, ripe, intense and as silky and sexy as a generous top Pauillac with Latino flair! Gorgeous!
Read more

Wine Advocate92/100
Wine Advocate92/100
The 2006 Almaviva continues a series of successful vintages for this Chilean icon. Dark ruby-colored, it exhibits an expressive bouquet of wood smoke, pencil lead, blackcurrant, and blackberry. Elegantly styled and impeccably balanced, it will evolve for several more years and drink well through 2021 at the least.
Jay S Miller - 29/04/2009 Read more 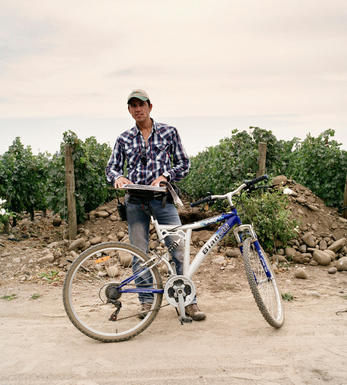 Almaviva was established in 1996 by Baron Philippe de Rothschild of Château Mouton-Rothschild and Concha y Toro. Their aim was to create the first Bordeaux Grand Cru Classé equivalent in Chile. With 40 hectares of Concha y Toro's best Puente Alto vineyards being dedicated to the task and the steady hand of Patrick Leon (winemaker at Mouton and Opus One), the results have been nothing short of spectacular.

Located in the Maipo Valley, in Chile's central zone, Puente Alto was recognized over twenty years ago as offering ideal conditions for growing the Cabernet Sauvignon grape. It is here that 85 hectares have been reserved exclusively for Almaviva.

Characteristic features of Puente Alto include its stony soil, cold, rainy winters, and the hot days and cool nights of its summers. The Almaviva vineyard is tended with meticulous care from pruning to harvest. A revolutionary underground drip irrigation system has been installed, making it possible to deliver the precise amount of water that each vine needs with a constant concern for quality. 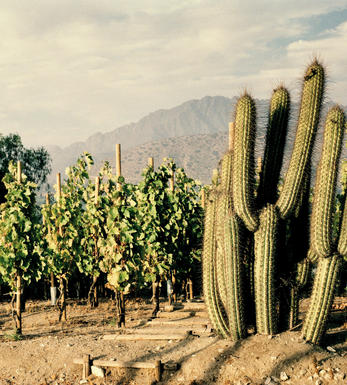