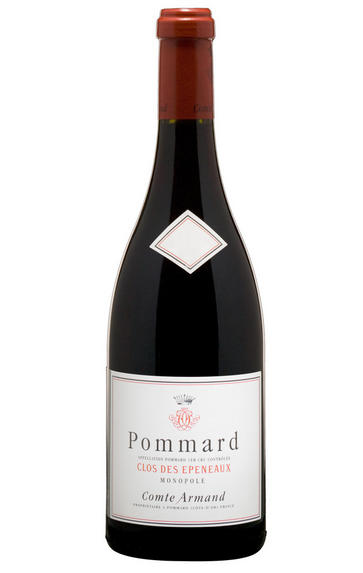 This blend of the various different cuvées of the Clos is, as ever, even more impressive than its individual parts. The bouquet is very fine, with stylish, vibrant red fruit aromas and lifted notes of spice. Tightly wound yet still with real generosity, this is a great wine in the making. Lay down and try to forget its existence for at least another five years.
Read more

Available by the case In Bond. Pricing excludes duty and VAT, which must be paid separately before delivery. Find out more.
Free delivery on orders over £200. Find out more
You can place a bid for this wine on BBX
Place a bid
Case format
Availability
Price per case
6 x 75cl bottle
BBX marketplace BBX 1 case £600.00
1 case 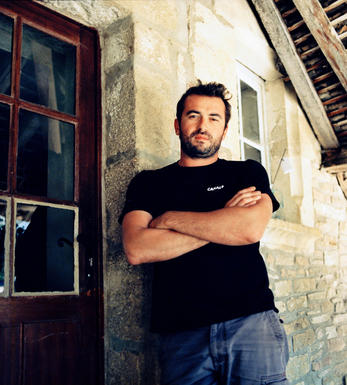 The family of the Comte Armand has owned the vineyard of Clos des Epéneaux and the winery buildings in Pommard since 1826 when Jean-François Armand married Clothilde Marey. Unfortunately the vineyard was not replanted after phylloxera until 1930, but since then it has confirmed its rating as one of Pommard’s very finest sites.

Pascal Marchand, a young Quebecois from the merchant marine, made the wines here from the 1985 to 1998 vintages inclusive. During his time in charge he completely transformed the domaine, elevating its ranking to that of the greatest estate in Pommard. His place has been taken by Benjamin Leroux who had been working part time at the domaine during his studies since 1991.

Benjamin Leroux, still in his thirties and newly married to an English girl from Silverstone, has been in charge at Comte Armand since 1999. He is one of Burgundy's most vociferous advocates of bio-dynamic viticulture (with a particular interest in lunar cycles) and his No 1 spot in Bourgogne Aujourd'hui magazine's Top 10 for the next decade came as no surprise. After years of organic farming, with certification since 2005, the domaine is now biodynamic. The Clos des Epeneaux is being worked by horses (in part so as to be able to compare horse against tractor; the soil has become much finer in the horse-ploughed sector), while various fruit trees, roses and other plants have been introduced along the walls. A colony of bees was to follow, but they did not survive the intense heat of the summer of 2003.

Where possible the grapes are picked on suitable days in the biodynamic calendar and each cuvée is thereafter maintained on a 28-day cycle – thus 28 days cuvaison (one week cold maceration, one week fermentation, two weeks post-fermentation maceration), with racking and other treatments following in multiples of 28 days. Benjamin notes that after three weeks in vat, the tannins often become tough and disagreeable but it is important not to panic. By the end of four weeks the wine has come back into balance and seems to show enhanced terroir character in place of primary fruit.

In July 2008 I attended an extraordinary tasting to celebrate the bicentenary of the putative original enclosure of the vineyard by Nicolas Marey – the exact date is uncertain but it was in the first decade of the 19th century. It was extraordinary to see the character of the vineyard assert itself under the tutelage of gifted winemakers, and to be diverted by those less meticulous. The 1864 vintage remained in a state of grace even 40 minutes after opening.

Cuvée of Auxey Duresses comes from purchased grapes from three different vineyards on the flank of the hillside where Auxey takes over from Meursault. The wine is aged in larger barrels so as not to show too much oak. The cuvée is named for an ancestor of the Comte Armand’s, Nicolas Marey, who bought extensive vineyards just after the French revolution.

Comte Armand's Pommard Clos des Epéneaux must surely be considered among the great red wines of all Burgundy. But don't be in a hurry to drink it. 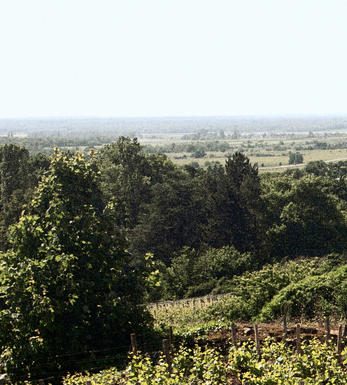 The most powerful red wines of the Côte de Beaune emanate from Pommard, where complex soils with a high proportion of iron-rich clay produce deep-coloured, relatively tannic wines. A Pommard that is ready to drink in its first few years is probably not going to be a great example of the appellation.

Two vineyards stand out: the lower part of Les Rugiens, which has been mooted for promotion to Grand Cru status, and the five-hectare, walled Clos des Epéneaux, monopoly of Comte Armand.
Find out more

The Wine Advocate91/100
The 2007 Pommard Clos des Epeneaux displays ripe plum and blackberry, underlain by rich meat stock and accented with leather and cinnamon. A palpable sense of extract and fine-grained tannins as well as fresh fruit vivacity lead me to expect greater aging potential here than from most wines of its vintage and pedigree, and further depth may emerge over the next 8-10 years.
David Schildknecht - 29/06/2010 Read more