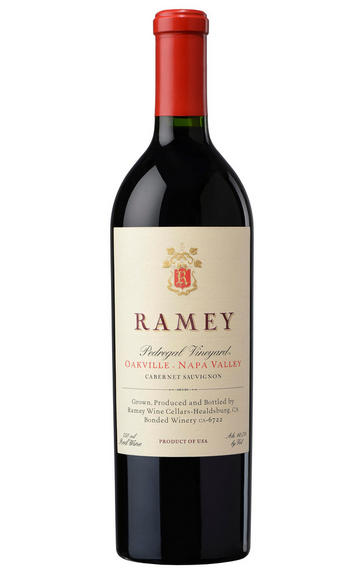 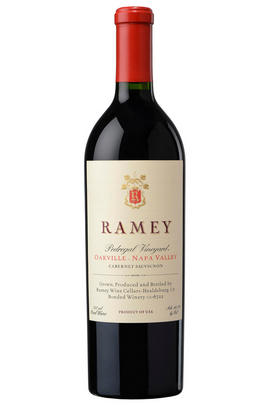 The 2008 Cabernet Sauvignon Pedregal Vineyard brings together all of the elements of the Ramey house style. A beautiful, well-articulate bouquet melds into layers of dark fruit. Clean, vibrant mineral notes give the wine its energy and vitality. This is a typical Oakville Cabernet loaded with class and pedigree. Exotic spiced notes wrap around the textured, multi-dimensional finish. This is a dazzling showing. The 2008 Pedregal is 84% Cabernet Sauvignon and 16% Petit Verdot aged for 24 months in 100% new French oak barrels. Anticipated maturity: 2016-2028.
Antonio Galloni - 23/12/2011

Available by the case In Bond. Pricing excludes duty and VAT, which must be paid separately before delivery. Find out more.
Free delivery on orders over £200. Find out more
You can place a bid for this wine on BBX
Place a bid
Case format
Availability
Price per case
6 x 75cl bottle
BBX marketplace BBX 1 case £675.00
1 case

Wine Advocate96+/100
Parker93-95/100
Other94
Wine Advocate96+/100
The 2008 Cabernet Sauvignon Pedregal Vineyard brings together all of the elements of the Ramey house style. A beautiful, well-articulate bouquet melds into layers of dark fruit. Clean, vibrant mineral notes give the wine its energy and vitality. This is a typical Oakville Cabernet loaded with class and pedigree. Exotic spiced notes wrap around the textured, multi-dimensional finish. This is a dazzling showing. The 2008 Pedregal is 84% Cabernet Sauvignon and 16% Petit Verdot aged for 24 months in 100% new French oak barrels. Anticipated maturity: 2016-2028.
Antonio Galloni - 23/12/2011 Read more
Parker93-95/100
Not surprisingly, the 2008 Cabernet Sauvignon Pedregal has also improved after a year in barrels. A wine of undeniable richness and intensity, this blend of 84% Cabernet Sauvignon and 16% Petit Verdot exhibits notes of graphite, blackberries, black currants, scorched earth/burning embers, white chocolate and cedar. It tastes like a hypothetical blend of a Bordeaux Pauillac and Graves, but with the intensity and opulent fruit of Napa Valley well-displayed. It should be more approachable than the 2007 when it is released, yet last just as long, 20-30+ years.
(Robert M. Parker Jr.'s The Wine Advocate, December 2010) Read more
Other94
Inky purple. Highly perfumed aromas of blackcurrant, cherry-cola, cracked pepper, roasted coffee and rose oil. Then suave and expansive in the mouth, with an alluring sweetness to the complex flavors of dark berry preserves, candied licorice and tobacco. This rich but energetic cabernet really stains the palate but shows no excess weight. Finishes sweet and extremely long, with resonating floral and cherry notes.
(Stephen Tanzer’s International Wine Cellar May/June 2011 )

Our fifth vintage from this small, outstanding vineyard on the lower slopes of the eastern Oakville hills. “Pedregal” means a rocky place in Spanish, and that is certainly a distinguishing feature of the site. During 2008 we agreed to a long-term lease of this vineyard which gives us complete control even through any change in ownership, so this is the first vintage we’ve directed farming ourselves (we converted to organic). Aging the 2008 on its fine lees has coated the tannins and smoothly integrated the wood, and we left this vintage 26 months in completely new barrels—yet it’s hard to find the oak.
(David Ramey, Winemaker) Read more 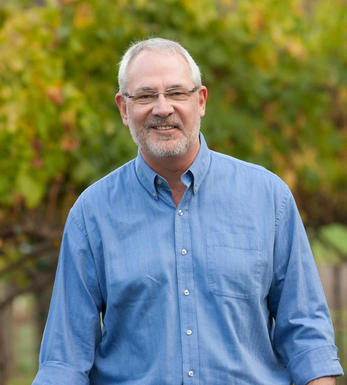