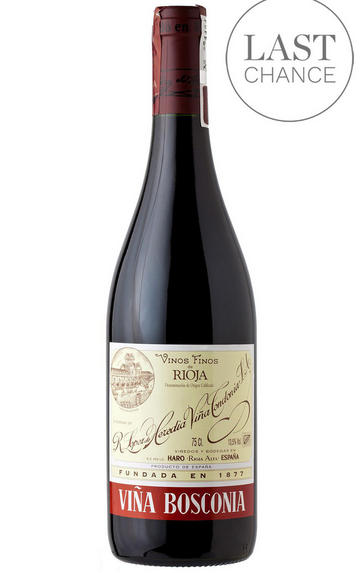 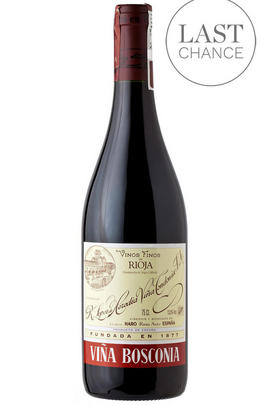 Bodegas Lopez de Heredia is one of the wine world’s great wine treasures. Founded in 1877 by Don Rafael López de Heredia y Landeta, the Bodega was built close to the railway station at Haro, in Rioja, its location geographically symbolic for proximity of access to the ideas of Bordeaux and practically useful for transportation of both grapes and wines.

Snr López (forgive me for abbreviating his name henceforth) established the legendary Tondonia vineyards on the alluvial slopes overlooking the River Ebro on the cusp of the Alta and Alavesa wine sub-regions. A visionary and a romantic, his aspirations were impressive and included architectural plans that almost put one in mind of the Sagrada Familia. Indeed, both buildings remain unfinished, but both are iconic, not least because of their Babelish scale...Châteaux en Espagne!

Their famous Observation Tower at Haro is a great landmark and, as its name implies and its intentions ordained, a good place to witness the progress of the vines over the seasons. It is known locally as the Txori-Toki,the Basque term for a bird house.

The Lopez de Heredia portfolio extends over 170 hectares and four autonomous vineyard areas, of which Tondonia is both the largest (70 hectares) and the most famous. The other three are Cubillo, Bosconia and Gravonia; each with distinctive terroir and aspect and differing styles of wine.

In terms of grape varieties, the reds are dominated by Tempranilo, but there are also old-vine plantings of Graciano, Garnacha and Mazuelo. The whites come from both Viura and Malvasia, with more of the former planted, some of which is extremely old.

One feature above all underwrites the house philosophy and that is, of course, the use of oak, be it the large vessels used for fermentation or the Bordeaux-size barrels for maturation, of which there are over 14,000 in the bodega’s labyrinthine cellars. New oak is shunned and the majority, but not all of the barrels, are sourced in America. An in-house Cooperage ensures that specifications are met and the ageing regime tends towards the longer end of the scale, albeit within the limits prescribed by the laws of the Denominacion.

Reserva and Gran Reserva red and white wines are indulged similarly, with frequent racking as necessary, egg-white fining and bottling without filtration. A further stylistic key is the extensive pre-release bottle aging. Cash flow is certainly not king at Tondonia; the quest for perfection is paramount and the wine, unlike that from in some areas one could mention, is released only when ready.

And the quality is such that the top wines maintain this plateau of perfection for years and years, often decades. A fascinating tasting of old white and red Riojas at The World of Fine Wine in 2011 confirmed this fact; the older star wines were mostly from Tondonia (with one or two from Riscal admittedly) and the vintages which stood out were 1945, 1964 and the relatively youthful 1970!

The Lopez de Heredia wines are not all old and venerable and it is great that the younger examples, whilst maintaining the House style and the elegant warmth that one has come to expect from fine Rioja, have an exuberant freshness and approachability which one may not have expected from this source. The entire vinous family, in other words, impresses; Lopez de Heredia provides the perfect antidote to global vinous homogeneity with a range that is challenging and diverse, cerebral and yet sensual. A fitting legacy for the entrepreneurial Snr Lopez and one which I am delighted to commend it to the Berry Bros. & Rudd house.