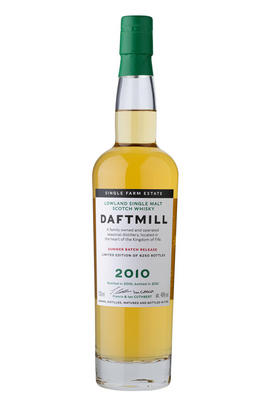 Drawn from the summer production of 2010, this vatting of fresh Bourbon casks gives wonderfully fruity aromas of tinned peaches in syrup, vanilla custard eclairs and sherbet lemons, with a touch of hazelnut spread developing after a bit of time breathing in the glass.  The palate is invigorating and vibrant, bringing notes of sweet brioche, butter popcorn, lemon zest and an almost hop-like fruitiness, before developing some fuller notes of dried apricot. The gentle finish shows a touch more vanilla and some lingering spice. This is a wonderfully rounded, well-balanced Daftmill that begs to be quaffed on a warm summer’s day, if you have the willpower to make the bottle last until then. 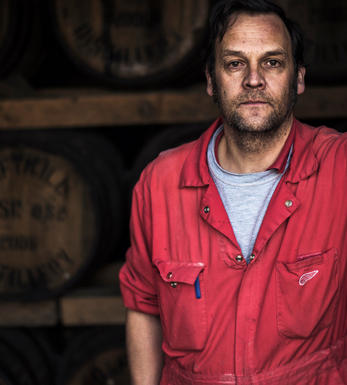 Six generations of the Cuthbert family have grown malting barley in Fife, alongside their crop of potatoes and herd of beef cattle; but in 2005 brothers Francis and Ian started work to convert the old mill buildings into a micro-distillery. One of just nine distilleries in the Lowlands, Daftmill didn’t release a single bottle until 2018 – despite having over 10 years’ worth of stock. It didn’t release a single bottle until 2018. It produces just 100 casks a year and ages its single malt whiskies for 10 years or more.

Daftmill is a true farm distillery. All the barley used for production is farmed by Francis Cuthbert on the estate, while the water comes from the property’s own natural spring. The whisky is all distilled by Francis in the farm’s off-season – for just two months in summer and two months in winter. This is a very traditional way of running a distillery that hasn’t been seen in Scotland since the 1800s.

The name Daftmill comes from the seemingly “daft” burn (or stream) on the property that appears to run uphill; over time the mill on said stream took on its name, becoming known as “Daft Mill”.