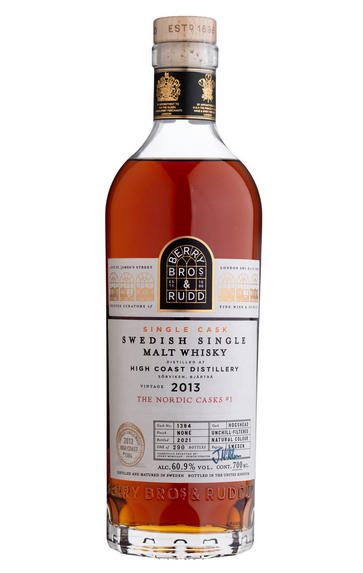 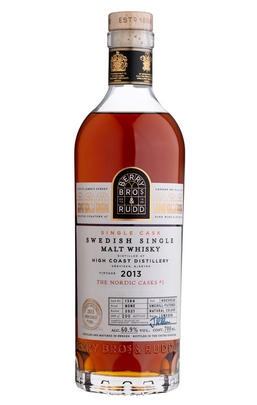 This is an unpeated example from High Coast, with a rich colour from its Sherry wood maturation. A rich, farmy nose reminiscent of the great North Highland whiskies gives smoked bacon, seaweed and dried prune notes. The palate is intense at first, with powerful Sherry notes and wood spice initially dominating, but a little time on the palate shows the depth of this distillate, offering tobacco, blackcurrant jelly and juicy dates. The quality of Sherry cask shines through on the finish, giving waves of wood spice and jellied fruits.

Available for delivery or collection. Pricing includes duty and VAT.
Bottle (70cl)
x 1
£150.00
1 Bottle 2 Bottles 3 Bottles
Limited availability
Free delivery on orders over £200. Find out more
You can place a bid for this wine on BBX 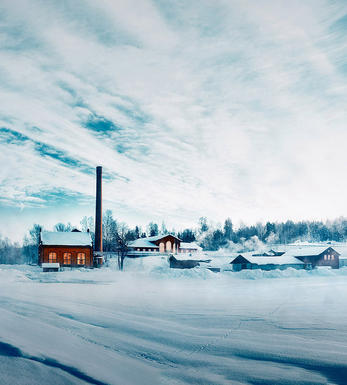 High Coast, formerly known as Box Distillery, was founded in 2010, making it one of Sweden’s oldest distilleries and among the world’s most northerly. The distillery produces both heavily peated and unpeated whisky under the watchful eye of production managers Roger Melander and Lars Karlsson, both passionate lovers of whisky themselves. High Coast draw inspiration from both the rugged whiskies of Scotland and the precise beauty of the Japanese style to create something that may well surpass both.