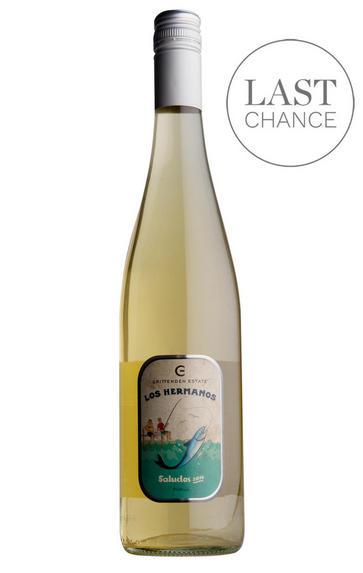 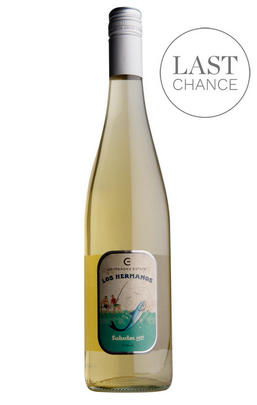 Los Hermanos Saludos is a playful homage to the Txakoli wines of the Basque country. The wine has a light spritz with refreshing acidity and subtle aromatics. The nose is floral and develops into a fruit-driven palate of lime and ripe white peach. This will be perfect as a refreshing summer tipple, or with an array of tapas. Pour from a height and enjoy.
Katherine Dart MW, Wine Buyer 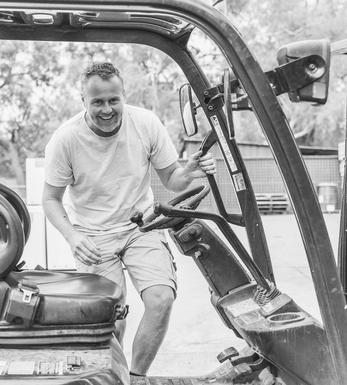 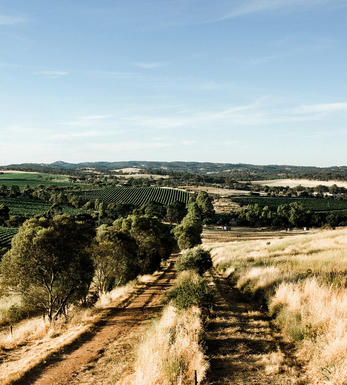 Australia has come to represent the most 'successful' New World producer to date, the benchmark by which competitor winemaking nations have come to judge themselves. However it’s been achieved not without significant cost to an industry that has been forced to consolidate in ever-decreasing circles, in order to keep the wheels from falling off the Brand Australia juggernaut. In 2003-2004, 20 businesses accounted for 86 percent of all production. The prize has been a 24 percent share of the UK market (as well as a rapidly-improving one in the USA), ironically a position it held 'before the Wars' as a supplier of fortified 'Empire wine'.

Commercial viticulture was established during the early part of the 19th century, with South Australia the last to plant in the 1840s before quickly establishing itself as the major source of fortified wine. A post-WWII move towards consumption of still dry table wine, encouraged by the steady stream of immigrants, was accelerated by the introduction of German pressured fermentation vats, stainless-steel and refrigeration units during the 1970s, enabling winemakers to ferment to dryness. At the same time, French barrels made their debut, adding complexity and a premium allure, while fruit from new, cooler areas such as Coonawarra and Padthaway permitted lighter styles to be made.

These seismic improvements were not lost on the UK market, itself in near revolution during the early 1980s as Thatcher's government bounced the economy back to life. With Neighbours dominating the airwaves, supermarkets were given carte blanche to spread far and wide, immediately creating a demand for a new style of wine, namely a ‘brand’, with consumers only too willing to move from Bulgarian table wine to an Aussie fruit bomb – especially one with an Emu on the label.

The Australians grasped the opportunity, only too willing to supply the right product at the right price, supported by aggressive pricing and discounts. On the supply side, the structure of their industry allowed them to cross-border blend and so maximise production. Corporate consolidation further improved their effectiveness to compete on volume yet has not hitherto allowed them to grow sales value.

Only the ramifications of a current chronic seven-year drought, with saline levels at unprecedentedly high levels and the evaporation of the Murray Darling River (South Australia's only real source of irrigation since viticulture began) to a virtual trickle has prompted the Australian Wine and Brandy Corporation (AWBC) to finally enforce water quotas. Yet even when an oversupply still exists, key Australian brands are now being obliged to import wine from the likes of Chile to meet demand; 40 percent of wineries are running at a loss, largely as a result of over-capitalisation.

Climatically the continent could be divided into two: a tropical weather pattern affecting New South Wales and the north, while the southern half of the country – covering the key viticultural states of Western and Southern Australia, Victoria and Tasmania – enjoys a less extreme band of warm to hot weather oscillating between 25 and 35 Celsius. Yet without the cool oceans enjoyed by California or the mountain ranges of Italy, the climate does not benefit from significant diurnal shifts in temperature, between day and night. There are, however, notable cooler spots such as Barossa Valley, Clare Valley, Eden Valley, Coonawarra, Wrattonbully, Adelaide Hills, Macedon Ranges, Yarra Valley and Tasmania. Relatively high humidity (around 55 percent) seems to be a prerequisite for successful photosynthesis in these climes.