The final assemblage in 2015 will come mainly from Viallière in the north and Beton in the south; the former lending ripe floral aromas and mid-palate power, the latter a seductive velvety texture. One or two barriques from other plots may make the final blend, all in the name of complexity, but this is to be the core of the wine. Following the regal trope of 2010 and 1999, this looks set to join the pantheon of greats. Drink 2019-2026.
Simon Field MW, Wine Buyer
Read more

Available by the case In Bond. Pricing excludes duty and VAT, which must be paid separately before delivery. Find out more.
Free delivery on orders over £200. Find out more
You can place a bid for this wine on BBX
Place a bid
Case format
Availability
Price per case
6 x 75cl bottle
BBX marketplace BBX 1 case £184.00
New To BBX
1 case
New To BBX
BBX marketplace BBX 1 case £195.00
1 case

Wine Advocate87-89/100
Wine Advocate87-89/100
The inky-colored 2015 Cte Rtie includes 10% Viognier and offers a wild, feral style in its earth, peach pit, plum and old wood aromas and flavors. Medium to full-bodied and nicely textured on the palate, drink it over the coming decade or more.
Jeb Dunnuck - 28/12/2016 Read more 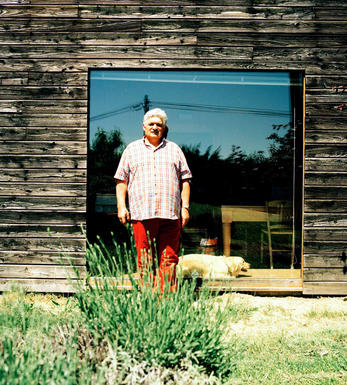 Pierre Gaillard grew up amongst vines. At 12, he was found ploughing his family vineyard with a horse. Following his winemaking studies in Montpellier, he bought his first lands in St. Joseph in 1981, reviving the “Clos de Cuminaille” – an ancient wine growing estate dating back to Roman times.

In recent years, Pierre’s children have been getting more involved at the domaine; but his own passion and influence still remain at the core of the impressive property. As well as being one of the top growers in St Joseph, Pierre is also one of a handful of producers realising the potential of Seyssuel to the north of the region. In total, he has over 60 parcels spread over 35 hectares in the Northern Rhône, which makes for an extremely comprehensive overview of everything these appellations have to offer.

We tasted the ’20s direct from barrel and tank alongside Pierre’s son, Pierre-Antoine. His various incarnations of Syrah had the refined, elegant style and notes of fresh herbs – very common to this vintage. Unlike some of our producers, Pierre uses new oak in his winemaking; utilised in a way that complements the wine and certainly doesn’t dominate.

The whites on offer are from the ’21 vintage. While they were still finishing their malolactic fermentation and were not yet in their final blend, the composites showed great promise, with zesty fruit and freshness. This will form a perfect backbone for the balanced use of oak and lees stirring usually seen during maturation.