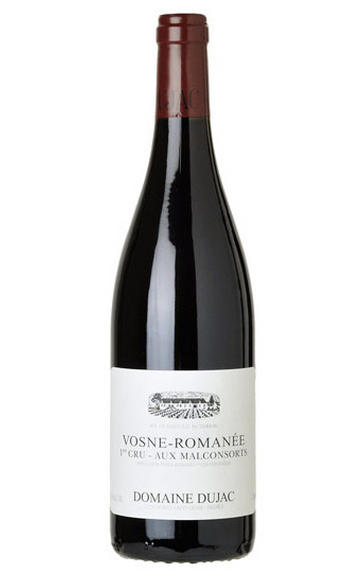 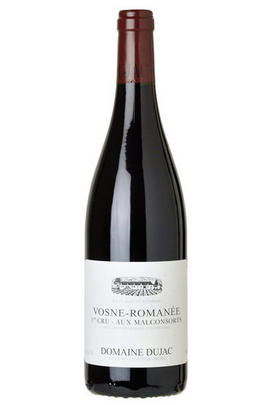 The 2016 Vosne-Romane 1er Cru Aux Malconsorts actually has a similar bouquet to the Les Beaux Monts but with heightened mineralit which is prioritized over the fruit. I was momentarily whisked back to my youth, pot-holing in the Lake District, that tang of limestone and moorland in the air. The palate is medium-bodied with fine-grain tannin. As Alec Seysses remarked, there is more wine in the Malconsorts compared to the Beaux Monts. It has brilliant delineation and a very complex finish that fans out with real confidence. This is one of the top wines from Dujac. Chapeau.
Neal Martin - 29/12/2017

Available by the case In Bond. Pricing excludes duty and VAT, which must be paid separately before delivery. Find out more.
Free delivery on orders over £200. Find out more
You can place a bid for this wine on BBX
Place a bid
Case format
Availability
Price per case
6 x 75cl bottle
BBX marketplace BBX 1 case £2,795.00
1 case

Domaine Dujac in Burgundy was acquired by Jacques Seysses in 1967. The domaine in Morey-St-Denis had 4 hectares of vineyards and he has subsequently built it up to 11.5 hectares. Domaine Dujac now includes holdings in Clos de la Roche, Clos St-Denis, Bonnes-Mares, Echézeaux and Charmes-Chambertin . "Use knowledge and technology to counter accidents - for example, bad weather - but, if all is going well, don't interfere," says Seysses and this principle guides much of what happens in the vineyards and the cellars. Dujac wines are neither filtered nor fined and all of his premiers and grands crus are aged in 100% new oak. These are wines of the very highest order.

The first vintage, 1968, was one of the worst years on record so the wines were sold off in bulk, but 1969 was an entirely different matter, putting the domaine firmly on the map. In 1973 Jacques married Rosalind Boswell, a Californian girl who came to work the vintage and stayed for life. The first two of their three children, Jeremy (born 1975), Alec (1977) and Paul (1980) are now involved in the business, as is Jeremy’s wife Diana, also Californian, and a trained oenologist. In 2000 Jeremy Seysses also inaugurated, with his father, a small scale negociant business known as Dujac Fils et Père.

The domaine has expanded over the years as additional parcels of vineyard became available, culminating in the acquisition of some exceptional vineyards from Domaine Thomas-Moillard in 2005. In 1987 the domaine moved to lutte raisonée, the reasoned application of treatments, and from 2001 to organic farming. Today 75% of the domaine, including all premier and grand cru vineyards, is farmed organically with experiments also along biodynamic lines.

Jacques Seysses is a leading advocate of including stems in the fermentation process, as much so as to avoid bruising the grapes during the de-stemming process as for a desire to include the stems themselves. However each vintage is treated according to its merits and the ripeness of the stems.

The cellars in Morey St Denis have been extended in recent years to improve cellaring conditions. The barrels can now be kept at a cooler ambient temperature, enabling the malolactic fermentation to happen later and for the wines to be racked less frequently.

Dujac wines are not necessarily the deepest in colour but are noted for their exceptional fragrance, structure and longevity. With seven grands crus in the stable, Dujac is today one of Burgundy’s leading domaines.

Wine Advocate95-97/100
The 2016 Vosne-Romane 1er Cru Aux Malconsorts actually has a similar bouquet to the Les Beaux Monts but with heightened mineralit which is prioritized over the fruit. I was momentarily whisked back to my youth, pot-holing in the Lake District, that tang of limestone and moorland in the air. The palate is medium-bodied with fine-grain tannin. As Alec Seysses remarked, there is more wine in the Malconsorts compared to the Beaux Monts. It has brilliant delineation and a very complex finish that fans out with real confidence. This is one of the top wines from Dujac. Chapeau.
Neal Martin - 29/12/2017 Read more