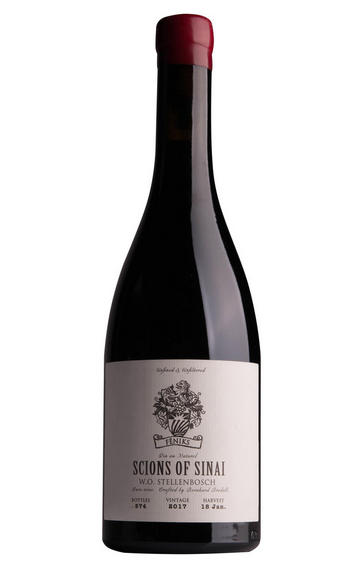 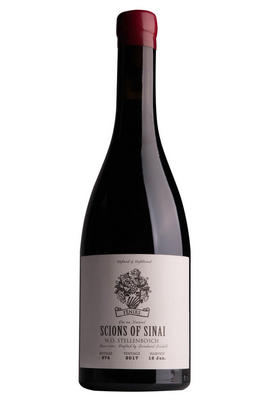 This is not your stereotypical South African Pinotage: Scions of Sinai farms 47-year-old bush vines on deep sand, granite and quartz soils to produce a delicate Pinotage with fragrant black cherry and thyme. Vibrant natural acidity is tempered by savoury minerality and grainy tannins. Afrikaans for Phoenix, Féniks refers to the revival of Pinotage in a lighter and more elegant style, as well as the renewal of old Pinotage bush-vines.
Daisy Gatt – Buying Assistant
Read more 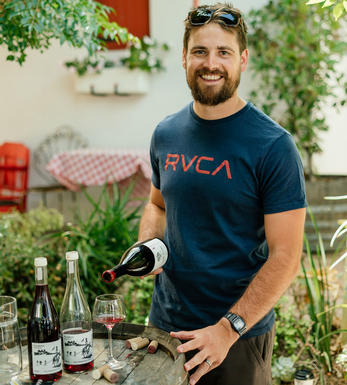 Located in Stellenbosch’s Lower Helderberg, Scions of Sinai was founded by Bernhard Bredell in 2016. Having grown up on a wine farm, Bredell has always felt the desire to give back to his roots. He focuses on using natural methods and minimal intervention in the cellar to ensure the wines maintain authenticity to the vines and their roots.

But why the name, “Scions of Sinai”? Scion, in biology, refers to the upper part of the vine or a young shoot. In old English, scion also means descendant. Sinai refers to Sinai Hill, the foothill of the lower Helderberg, where the Bredells have farmed with old dryland bush-vines for generations. From Sinai Hill, Bernhard sees both himself and his old bush-vines as the Scions of Sinai – descendants of this unique terroir. 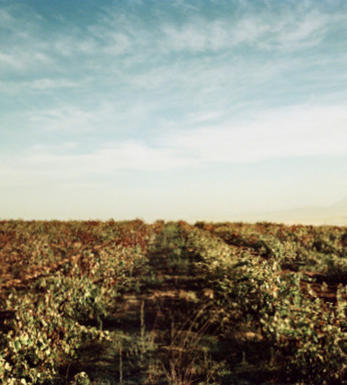 Created by Professor Perold in 1925 by crossing Cinsault and Pinot Noir, Pinotage is South Africa's trademark black grape. It took a long time for quality orientated producers to latch on to the grape`s potential - in the 1970s it was still being grubbed up in favour of more fashionable grapes. However it is now much in demand, partly due to South Africa`s export boom of the mid 1990s, and because of the Pinotage Producers Association which as well as vigorously promoting the grape, conducted vital research into clones, vine disease and vinification methods.

There is light, soft, easy drinking Pinotage that can be excessively jammy and is made for drinking young. However the more serious examples such as those from Kanonkop are produced from 50- year old unirrigated bush vines and are increasingly matured in new French and American barriques. These are full-bodied, rich, concentrated wines that are packed with ripe, spicy, black fruits and have the ability to age with grace.