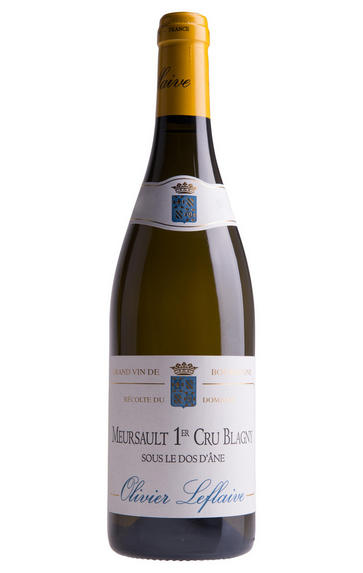 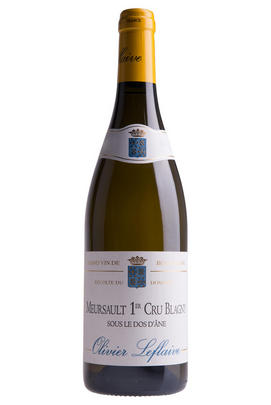 The higher-altitude location in Blagny always ensures this wine retains freshness, while the red soil adds some mid-palate weight. The 2017 is energetic, zingy and pure. Its dryness and precision are hugely impressive, giving the feeling the wine has been stretched out to give an incredibly tight profile. A wonderful expression of a wonderful vineyard site. Drink 2023-2030.


After studying at business school, Olivier Leflaive headed to Paris to live a rather bohemian life during the 1970s, working in music and television. He returned to Burgundy in 1981 to manage Domaine Leflaive with his uncle Vincent and later his cousin Anne-Claude. Having long aspired to work for himself, he set up his own négociant business in 1984 and, upon leaving the family domaine a decade later, he gave 15 years’ notice that he would take back his share of the family vines from 2009. Experienced winemaker Franck Grux now makes between 85 and 90 different cuvées, vinifying the equivalent of 120 hectares, of which 17 are estate. The focus here is on elegance and finesse over power.


Franck emphasised the importance of removing excess shoots and buds on the vine early in the season to ensure yields did not become excessive, a practice he encouraged his growers to follow. The results are evident in the wines, which display wonderful concentration and texture, generosity in the mid-palate, precise, direct fruit and a sapid acidity. The excellent natural balance of the wines made vinification relatively straightforward and has yielded wines which Franck describes as serious and, in many respects, comparable to the 2014s. Unless otherwise stated, all wines are domaine.
Read more 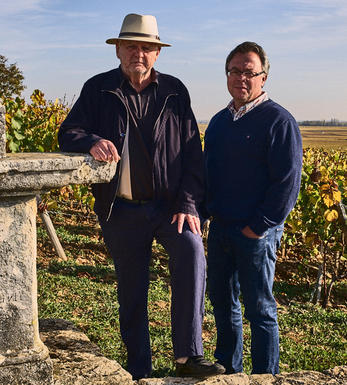 Olivier Leflaive is the son of Joseph, nephew of Vincent and cousin of Anne-Claude. He was co-manager of Domaine Leflaive with his uncle Vincent from 1982-1990, and with Anne-Claude from 1990-1994, by which time the négociant business, which he had started in 1985 in order to have some wines to play with outside Puligny-Montrachet, had really blossomed. It was time, in the interests of both parts, to withdraw from the domaine and concentrate on Olivier Leflaive Frères.  He employed the talented Jean-Marc Boillot as winemaker and initially had no vineyards and bought in grapes from selected growers.

I should not have used the term ‘négociant’ to describe this business, as the word is never used on any of the labels which specify that the wines have been vinified, matured and bottled by Olivier Leflaive Frères. Olivier wants to make clear the distinction between his operation, where all the wines have been vinified whether purchased as grapes or must, and the type of négociant who buys vinified wine in barrel, or indeed even already bottled.

Production is now around 70,000 cases across 65 different appellations, 85 per cent in white wine. Included in the production are his own vineyards which cover 15 hectares in Puligny, Chassagne and Meursault. Wines which are solely from Olivier Leflaive’s own vines are marked ‘Récolte du Domaine’. These holdings are about to be swelled with the proportion of Domaine Leflaive due to Olivier and his brother Patrick, which they have been able to take back at the end of an agreed 18-year lease with the domaine.

Under the auspices of winemaker Frank Grux, since 1988, the wines are vinified exactly as they would be at any other first-class Burgundy domaine, with all the whites being barrel-fermented and being aged in small oak barriques. Olivier Leflaive is looking for elegance and finesse rather than power and ‘specularité’. There is little new-oak effect and his wines are usually attractive young. The wines are hallmarks of elegance and purity rather than muscle and are more than worthy of the famous Leflaive name.