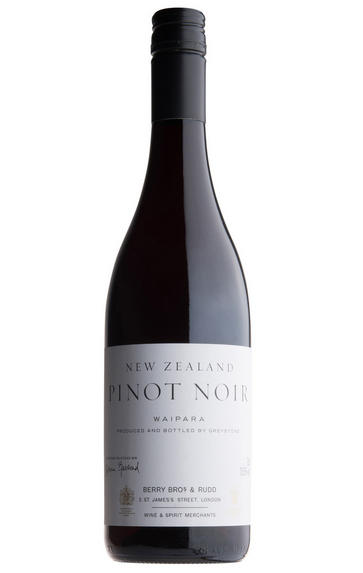 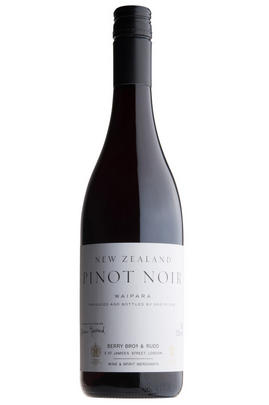 Each year, the masters of Pinot Noir at Greystone continue to impress with their wonderfully well-judged and elegant wines. Our 2019 vintage is no exception with its fine, cherry-scented nose and aromas of fresh raspberries. The wine is vibrant and full of energy with lovely, juicy undertones and a slightly sour cherry edge to the ripe, concentrated fruit which keeps it fabulously refreshing. Suave, silky, fine and elegant with gentle-grained tannins and a long, mineral finish, this is pure New Zealand magic. 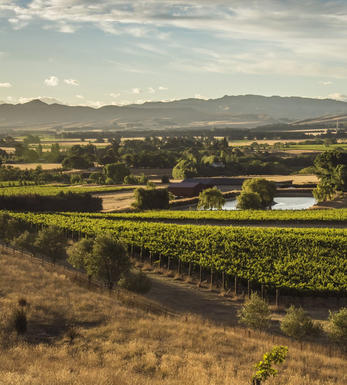 Greystone Wines began in 2000 when the Thomas Family purchased a farm with exceptional limestone soils in the Omihi hills in Waipara. Viticultural specialist Nick Gill was bought over from Penfolds to plant 13 blocks on this unique terroir and by 2004 work was complete. Dom Maxwell, who had been working as an accountant in London, was hired as the winemaker and the first vintage was 2008. It is the soil on this site that makes it particularly interesting with hard limestone rock moving down towards clay on the north-facing slopes, providing excellent terroir for Pinot Noir.
Greystone’s top wine, The Brothers’ Reserve Pinot Noir, comes from a small, single block made up of solid limestone with a small amount of clay. The wine matures for 15 months in 70 percent new French oak and is bottled without fining or filtration. The 2012 vintage on show today won the International Pinot Noir Trophy at the 2014 Decanter World Wine Awards. 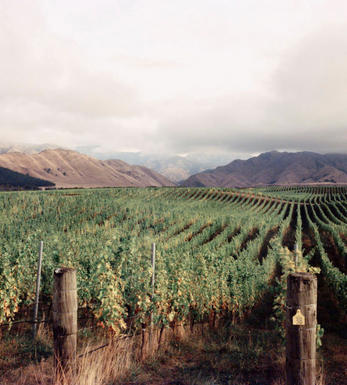 Often unfairly lumped together with Australia as the 'Antipodes', or worse still 'Australasia', New Zealand's finely-tuned wine industry might only be 23% the size of its neighbour (38,000 hectares versus 162,000 hectares in 2012) but what it lacks in girth, it certainly makes up for in vinous quality..

Indeed, it continues to command the highest average price across UK supermarkets – New Zealand's second largest export market after Australia. To protect this integrity, the domestic industry made the bold decision of adopting the Stelvin screwcap closure almost unanimously in 2001, an act that has only consolidated consumer confidence.

While the country's viticultural heritage dates back to Englishman James Busby making wine in the North Island circa 1840, it wasn't until 1973 that New Zealand winemaking took a giant step forward by planting Sauvignon Blanc vines on Marlborough's Wairau Valley. Up till then the nascent New Zealand wine industry was initially focused on the North Island, particularly around Hawkes Bay and Gisborne. However here the humid climate and fertile soils were essentially unsuitable for premium white wine production.

It wasn't long before the industry sought to replicate this success with a red varietal: initially planted as a blending component for the country's sparkling wine industry (also based in Marlborough), Pinot Noir found its way to Central Otago during the 1980s. There, despite being the world's most southerly vineyard, the surrounding Southern Alps created a continental mesoclimate benign enough to enable Pinot Noir to take root. The region is now producing world-class examples.

Ancient, free-draining riverbeds are still the basis of most New Zealand vineyards, their flat nature facilitating mechanisation, yet as the industry evolves and space is at a premium, vineyard owners are being forced to the hills – ironically the source of superior fruit.

Consequently some of the best sites are only just being discovered: the Southern Valleys sub-region of Marlborough; Martinborough's limestone terraces; N.Otago's Waitaki Valley with its limestone escarpment. Little surprise then that the New Zealand industry has recently formally identified particular terroirs and delineated sub-regions.

Other varieties and regions to be aware of include the meteoric rise of Pinot Gris plantings (especially in the South Island), and sales to the Australian and Californian markets; Hawke's Bay's recent success with Syrah - made in a cool black-pepper Northern Rhône style- alongside that of its Cabernet Sauvignon blends; Riesling's continued love-affair with parts of Nelson and Central Otago; the appearance of some exceptional Pinot Noirs from the South Island's east coast, notably North Otago and Waipara.