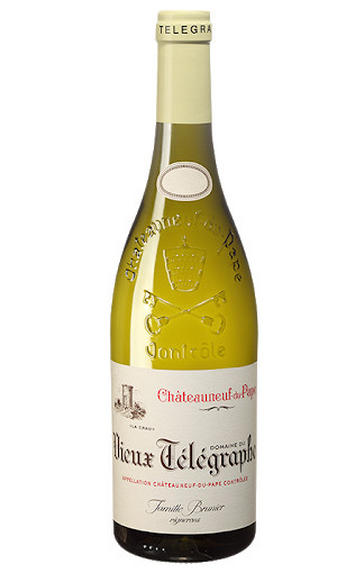 A much broader, riper aromatic profile than its Clos la Roquète. White flowers, citrus oils, rich and ripe pear. Full-bodied, broad and unctuous, it's precise both aromatically and in texture; a perfectly balanced Vieux Télégraphe blanc for early drinking - longevity is hard to predict at this stage. All from La Crau. Mostly aged in foudres and demi-muids, plus a few barriques, two of which were new this year.

A much broader, riper aromatic profile than its Clos la Roquète. White flowers, citrus oils, rich and ripe pear. Full-bodied, broad and unctuous, it's precise both aromatically and in texture; a perfectly balanced Vieux Télégraphe blanc for early drinking - longevity is hard to predict at this stage. All from La Crau. Mostly aged in foudres and demi-muids, plus a few barriques, two of which were new this year. 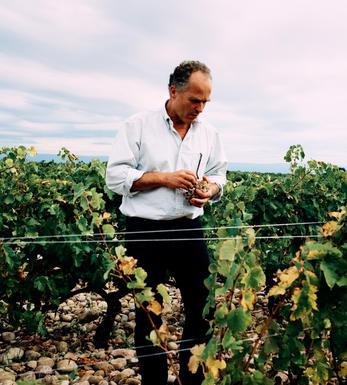 Vieux Télégraphe is one of the most renowned estates in the Southern Rhône. Blessed with the finest locations in the area on the famed La Crau plateau, there is an emphasis on terroir expression and natural winemaking. The Bruniers, who own the property, started their love affair with La Crau in 1898 – a grand cru equivalent in Châteauneuf-du-Pape.

Hippolyte Brunier was a farmer who lived off the land with less than a hectare to make his own wines on the high, stony La Crau plateau. Since those humble beginnings, Vieux Télégraphe has blossomed into one of the most celebrated producers in Châteauneuf-du-Pape.

As with other Châteauneuf properties, the heavy autumn rains of 2019 were key here – replenishing ground water stores and preparing the vines for the summer months of relative drought. The mild winter and spring helped usher their grapes towards a gradual but full ripeness with fairly low yields. This brought about the decision to harvest early, from 25th August and with all grapes in by 19th September – this was a record for the domaine. They see their ’20s as a classic vintage, reminiscent of the late ’80s. The wines display the full-bodied concentration and structure typical of Vieux Télégraphe, but the energy, freshness and restraint of a cooler vintage. Piedlong, the Brunier family’s single vineyard offering, saw a similar pattern. Their deep-rooted old vines thrived under the dry conditions of the year, and they describe the wine as possessing a “natural complexity”.

Alongside their Châteauneuf properties, the Brunier family own Domaine des Pallières in Gigondas – a mixed farming estate set within the Provençal Forest and measuring 110 hectares, 25 of which are under vine. They also have a 50-strong herd of goats, which they use to make their Rove de Pallières cheese. For the ’20 vintage, the family reported the lowest yields ever recorded at the estate, dipping to 15 hectolitres per hectare – under half the permitted output of the appellation. However, they also rate it among their top three vintages since taking over the estate in 1998. 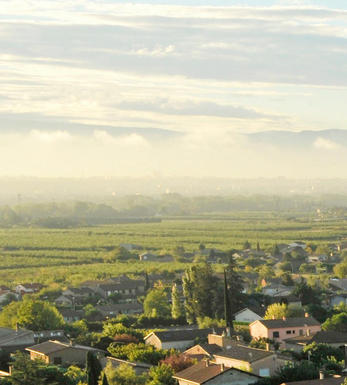