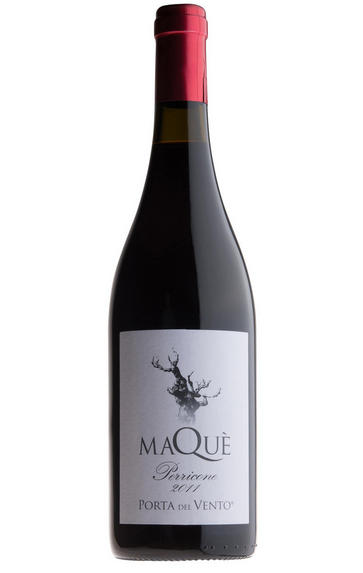 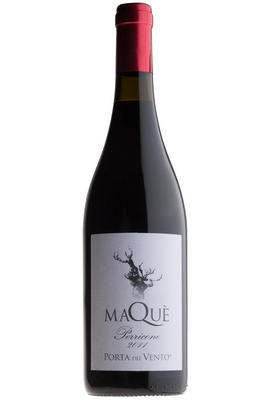 It’s made from Perricone
You know – Perricone. P, e, r, r, i… No? You haven’t heard of it…? Well here’s the lowdown: this almost-blue-skinned grape variety – native to Sicily, but now extremely rare – is currently surging in popularity amongst the island’s producers. It gives full-bodied, inky, relatively high alcohol wines (and you’re about to see a lot more of them).

Although Marco Sferlazzo – Porta del Vento’s pharmacist turned winemaker – is relatively new to the Sicilian winemaking scene, he is one of its most experimental thinkers, producing – amongst other things, niche natural wines. His mono-varietal Perricone is a fine example of this native grape, blazing a trail where other Perricones will follow.


This Perricone is part of a broader movement, now picking up speed, to bring more attention to this hearty Sicilian red grape. Each year, we see more monovarietal expressions of Perricone. The wine opens to any inky black appearance with sharp aromas of cola, balsam herb and bold cherry fruit. It’s a medium-bodied drink with mild tannins and good fruit freshness that would pair with lamb or game meat.Drink 2014-2018.

Marco Sferlazzo is a relatively new name in Sicilian wine and he makes biodynamic products in the Camporeale area in western Sicily. His Perricone is especially interesting and I recommend Porta del Vento to anyone looking for exciting new Sicilian expressions in the niche category of “natural” wines.
Monica Larner, eRobertParker.com #212 May 2014 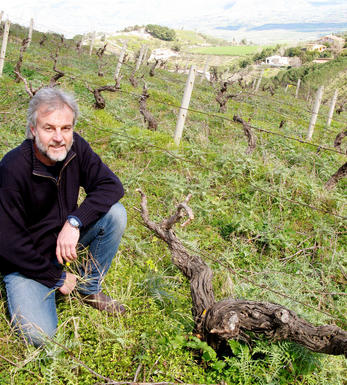 The pharmacist from Palermo, who’d never lost the smell and feel of his grandfather’s family wine press in Mazara del Vallo, Marco Sferlazzo, finally sought out his ‘holy grail’ in 2002, coming across the 14ha wine property just north of Camporeale in Sicily. Located 600ms, on sandstone, calc and red clay soils, the free-standing, weathered 50 year Catarratto vines had stopped producing sufficient fruit for the cooperative, but Marco saw their potential in making high quality wines.

The estate’s name Porta del Vento derives from the vineyard’s position on the col (or saddle) of the hill, over which gusts the wind blowing in from the Tyrrhenian sea to the north, naturally ventilating the vines and extending their hang-time; it’s like an open door to the wind. Marco grows two clones of Catarratto: the older, 17th century ‘Comune’, or common, whose skins are thicker and yields smaller, giving darker juice of richly structured wine; and ‘Extra Lucido’, a more recent, 1950s clone, with thinner skins and giving slightly lighter wines with more perfume and less structure.

The vines aren’t irrigated, nor feed or fertilized; the yields being naturally low at circa 25hl/ha. Harvest (of the Catarratto) takes places in mid-end October. Vinifications are spontaneous and long, in both stainless-steel and large Slavonian oak vats and botte.