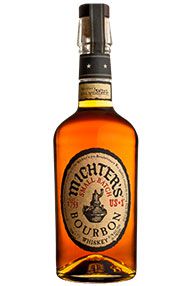 Michter's Distillery based in Louisville, Kentucky, produces this Bourbon of a mashbill featuring the highest quality American corn. The batch is typically composed of no more than two dozen barrels that have previously been aged for more than eight years. This has flavours of toffee, vanilla, smoke and oak leaving a lingering peppery finish.