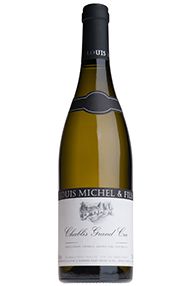 This cuvée comes from a 1.6-hectare plot of vines which suffer from Cournouaille virus and consequently always produce very small yields. The aromatic palette here is built upon citrus fruit, with invigorating notes of zesty lemon and lime. In the mouth the character is one of sizzling freshness, but remarkably open and without austerity – restrained rather than powerful, but with incredible length. The subsoil here is Kimmeridgian with very shallow topsoil, and the mineral thread which runs through the wine speaks clearly of this.

The Wine Advocate - The 2016 Chablis 1er Cru Forts stands out as one of the highlights of the range in 2016, offering up aromas of white peach, mandarin, Meyer lemon and spring flowers. On the palate, it's medium-bodied, glossy and nicely concentrated, with good cut and tension, concluding with a saline finish. This won't be one of the longest-lived renditions of the Louis Michel Forts, but it will make for very attractive drinking in the near term.
William Kelley - 31/08/2018 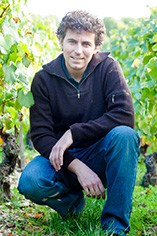 Prior to 1970 all the wines from this domaine were fermented and matured in old oak barrels. By 1980 the old oak had been thrown out and the domaine had switched entirely to stainless steel. Today the domaine is run by Jean-Loup Michel and is widely recognised as the prime exponents of unoaked Chablis in the region.

It has 21 hectares of vineyards, mainly Premier and Grand Cru. The grapes are fermented at low temperatures in order to preserve their aromatic freshness and so that they may amply reflect the origins of their respective vineyard sites. These are crisp, intensely flavoured wines that display what heights the Chardonnay grape can achieve in its purest and unadorned form and without the intrusion of oak.