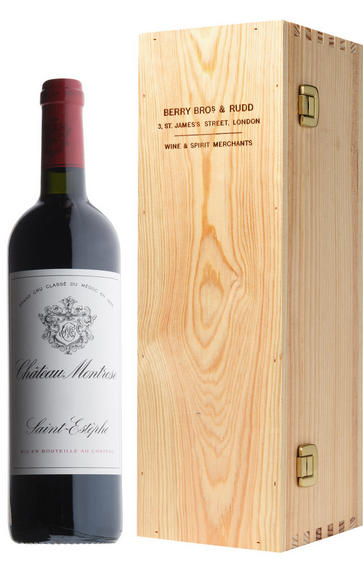 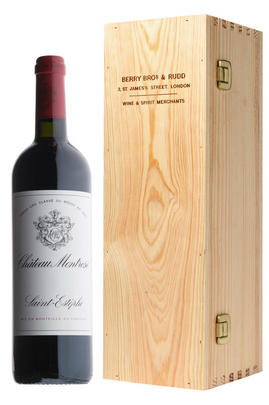 Ch. Montrose is at the leading edge of low-impact winemaking in Bordeaux. For more than 15 years, the property has been improving biodiversity, vineyard health energy use – plus all the CO2 from fermentation is captured and turned into bicarbonate of soda. “Ch. Montrose is in the middle of nature,” says spokesperson Lorraine Watrin. “Our vision here is to reveal the beautiful riches of the terroir.”

In 2010, Ch. Montrose purchased 22ha of prime land from their neighbours, Ch. Phélan-Ségur. The vineyard exactly borders Montrose on its western side and is planted with 2/3 Merlot and 1/3 Cabernet Sauvignon. According to who you speak with, this may be Phélan’s best parcel and the Merlot is especially prized. This has given the Montrose team a short-term puzzle, resulting in a higher than usual proportion of Merlot in the blend for the Grand Vin. This will be adjusted over the coming years as existing Montrose Merlot on excellent Cabernet land near the river is replanted to the latter, but in the meantime there is an embarrassment of fine Merlot on the estate. Not that this is a problem: in 2012 the Merlot excelled. This wine, with 57% Cabernet Sauvignon, 37% Merlot, 5% Cabernet Franc and 1% Petit Verdot, is dense and spicy, with the very low-yielding Cabernet fully ripe and giving an earnest backbone to some high quality Merlot. This is perhaps not a traditional Montrose, but it is certainly a beguiling one.

Wine Advocate93/100
Wine Spectator 92/100
James Suckling94/100
Decanter94/100
jancisrobinson.com17/20
Wine Advocate93/100
Tasted at the château, the 2012 Montrose is a blend of 57% Cabernet Sauvignon, 37% Merlot, 5% Cabernet Franc and 1% Petit Verdot picked between 24 September and 20 October. It underwent a particularly long maceration period between 26 and 28 days. It offers more fruit intensity than the 2011 Montrose with blackberry, raspberry and bilberry scents, quite backward and primal yet well defined. The aromatics almost mock you because returning after ten minutes, there are glimpses of underlying dried herb and mineral notes. The palate is medium-bodied, intense and very focused, clearly with more depth and sinew than the 2011, yet displaying impressive precision and energy on the finish, which bodes well for the long-term. Tasted September 2016.

James Suckling, jamessuckling.com (Feb 2015) Read more
Decanter94/100
From a blend of 37% Merlot, 57% Cabernet Sauvignon, 5% Cabernet Franc and 1% Petit Verdot, Montrose managed to take advantage of the good weather that returned in October, and brought in its last grapes on 20 October. Its gravelly soil also meant it fared far better than the more clay-led St-Estèphe terroirs. Great structure with a wonderful floral aroma and touches of cedar, with good persistency. Astringency on the tannins suggests a good life ahead.

Jane Anson, Decanter.com (Apr 2015) Read more
jancisrobinson.com17/20
Tasted blind. Fragrant and ripe at the same time. The build of this wine is not massive but the balance is charming. Lots of tannin buried beneath lots of ripe fruit. Very careful selection? Just a little scrawny on the end.