The wines of St Emilion are every bit as varied as its sprawling terroir, says our fine-wine writer Charlie Geoghegan. There’s no one style of St Emilion – and that’s truer now than perhaps ever before.

St Emilion is a lot of different things. It’s a quaint little pocket of the fine wine world: a bucolic community of small estates, its rolling hills put the flats of the Médoc to shame. It’s a tourist hotspot: the medieval village is a UNESCO World Heritage site upon which over a million visitors descend (in a normal year, at least). It’s historic: from old Romans like Ausonius and Figeacus to the hermit Aemilianus from whom the place takes its name, to King John and the Jurade in 1199, and beyond. It’s controversial: its oft-contentious classification system is updated regularly, creating winners, losers and drama. And it’s bigger than you might think.

At a hefty 5,450 hectares, there’s more land under vine in St Emilion than in Margaux, St Julien, Pauillac and St Estèphe combined. St Emilion is more than six times the size of its neighbour Pomerol. Its size is comparable to Burgundy’s Côte d’Or, where there are tens of appellations and hundreds of individual climats. St Emilion has just two appellations – St Emilion AOC and St Emilion Grand Cru AOC – and they cover the same geographic area.

Yet St Emilion is made up of a complex mix of hills and valleys, of varying altitude and exposure, on a raft of different soils, subsoils and combinations thereof. There are varying microclimates: the region is warmest near the town of Libourne, getting cooler the further east you go towards Castillon. The terroir is not homogenous, so how could the wines be? Despite what the label might imply, there’s no one style of St Emilion – and that’s truer now than perhaps ever before. 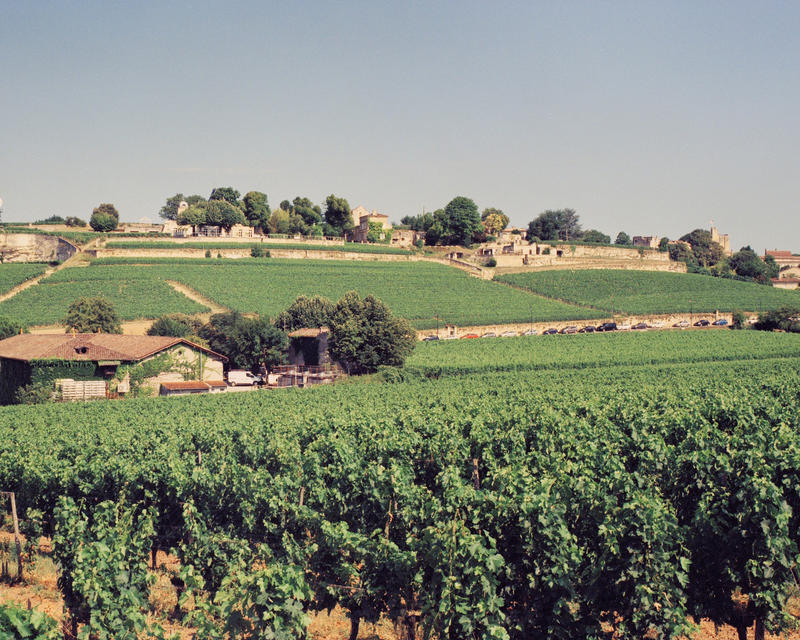 The view from Ch. Troplong Mondot is spectacular

A TASTE OF THE TERROIR

Suffice to say, this is a complex region. But it’s possible to break it down – broadly – into four distinct zones: gravel near Pomerol; the limestone plateau; the limestone côtes; and alluvial sands near the Dordogne. Keep in mind that there are differences within these zones. There are also, crucially, differences within individual châteaux. Any dive we take here will invariably not be deep enough; interested readers should look to Jane Anson’s excellent Inside Bordeaux for a more complete picture.

Starting in the north-west of the appellation, almost five kilometres from the town itself, there’s an iron-rich gravel plateau, surrounded by sands over heavy clays. This sector has more in common with Pomerol – which lies slightly further west, just over the communal border – than with the rest of St Emilion. It’s home to a cluster of top-tier estates including Cheval Blanc, Figeac and La Dominique. Lunch at La Dominique’s restaurant, La Terrasse Rouge, is worth the detour alone. The gravel soils here are suitable for Cabernet Franc, a major component in Cheval Blanc, and for Cabernet Sauvignon, notably at Figeac.

The limestone plateau is perhaps the appellation’s centrepiece. The medieval town itself is built, literally, on limestone. The beautiful buildings sit on cobbled streets, atop excavated underground cellars. This is largely astéries limestone (sometimes “starfish limestone”) formed from fossilised marine life millions of years ago. Wines here tend to be worthy of long ageing, with pronounced acidity and minerality: top examples include Beau-Séjour Bécot, Canon and Troplong Mondot. The mythical Ausone sits in part on the plateau, but most of its vines are actually on the hillside below.

The hillside sites – steep limestone slopes known as the côtes of St Emilion – are home to a wealth of the region’s biggest names, Ausone chief among them. Across the road, the so-called Côte Pavie houses Pavie, Pavie Macquin, Pavie Decesse and Larcis Ducasse, among others. These tend to be tannic, well-structured wines that can be austere when young; they mellow out and show their true beauty with age.

Not quite so celebrated are the lower-lying sandy sites nearer the Dordogne river. These alluvial soils yield wines that are lighter and considered altogether less serious. But there are notable producers making wines worth seeking out; Monbousquet is a standout.

St Emilion – and Bordeaux generally – boasts a rich and storied social history dating back to the Romans. But its recent history is notable, too, especially if you consider how the critics – and their scores – shaped its winemaking landscape.

The American wine critic Robert Parker was until relatively recently the global authority on Bordeaux wines. His scores, and tastes, informed winemaking throughout the region, St Emilion included.

This was amplified somewhat by the specificity of St Emilion’s classification system, which is, in theory, updated every 10 years. The prospect of moving up the ranks – or and the threat of demotion – may have incentivised producers here to chase scores more so than in other parts of the region, where classifications remain static.

With that dynamism came innovation. By some definitions the first garagiste, Jean-Luc Thunevin came to typify a new style of St Emilion wine with Valandraud. This was wine from overlooked terroir, with incredibly low yields and produced in a raw, unfiltered style in small, rough-and-ready premises. His bold wines and bolder pricing caught Parker’s – and, by extension, the wine world’s – attention.

Consultant Michel Rolland was instrumental here. His and Parker’s tastes were comparable, and Rolland’s client list on the Right Bank included many of the very top names. By the turn of the last century, many St Emilion wines had become big, bold, heavily oaked, juicy and high in alcohol. For a region with such a diversity of terroir, many estates had come to follow this heavier-handed style, making wines that tasted more and more like one another.

Perhaps no example is better than Pavie 2003: Parker called it “an off-the-chart effort from [its] perfectionist proprietors… Representing the essence of one of St Emilion’s greatest terroirs”, citing its high tannin, low acidity and high alcohol as positive points. By way of comparison, Jancis Robinson MW called it a “ridiculous wine” and likened it to Port. Things were perhaps going too far – if they weren’t already there. 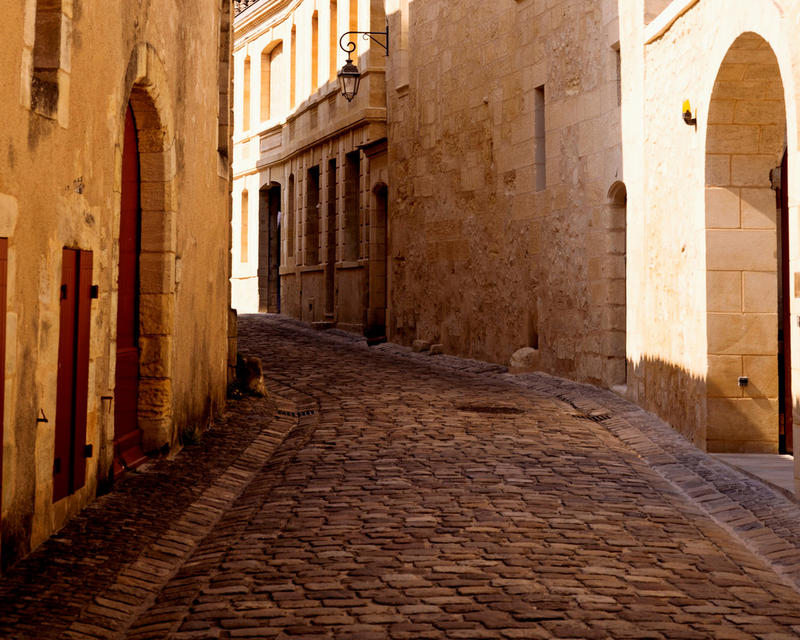 A lot has changed. Parker has retired; the world of wine criticism has become hugely fragmented, and no individual critic wields anything like Parker’s level of influence. Thunevin has gone from iconoclast to St Emilion establishment; Valandraud is now a classified growth, and the garagiste movement has come to an end. Rolland has taken a step back, and a number of “new” consultants have risen to prominence – notably Thomas Duclos and his Oenoteam colleagues.

A lot has changed. Parker has retired; the world of wine criticism has become hugely fragmented, and no individual critic wields anything like Parker’s level of influence. Thunevin has gone from iconoclast to St Emilion establishment; Valandraud is now a classified growth, and the garagiste movement has come to an end. Rolland has taken a step back, and a number of “new” consultants have risen to prominence – notably Thomas Duclos and his Oenoteam colleagues.

St Emilion is now arguably the most exciting appellation in Bordeaux, with many producers making their best wines ever, once again (or for the first time) expressing the individual charm of their terroir. The best St Emilions taste like they come from somewhere, expressing a sense of place and house style that has progressed beyond the one-size-fits-all “world wine” approach of before.

But the appellation system isn’t perfect and is not especially well adapted to reflect this development. The communal boundaries are too far-reaching and cover too diverse a swathe of vineyards to meaningfully communicate to the buyer what they’re getting. The classification helps to an extent, but it’s controversial, to say the very least. As in other parts of the wine world, knowing your producers is key in St Emilion. Know who they are, where in the appellation they’re based, and what their particular winemaking approach is, and you’ll reap the rewards.