Adam Bruntlett, our Burgundy Buyer, explains all you need to know about the 2019 vintage. With wines that combine concentration and freshness, this is a year to buy with confidence.

Before the language of lockdowns and pandemics entered common parlance, the Burgundians were dealing with another unfamiliar phenomenon: a 2019 vintage with previously unseen levels of both ripeness and acidity. This drought year has produced wines with a baffling combination of searing freshness, perfect ripeness and crystalline purity. Our growers simply couldn’t fathom how such a warm and dry vintage could produce such energetic wines – but they were delighted with the results.

In an uncertain world, the ’19 vintage offers reassurance: you can buy it with confidence. Benjamin Leroux explains that it’s a great vintage in both colours, with quality to be found across the region and at every level. There are, naturally, different styles of wine, and some growers and areas have been more successful than others – but there should be something to appeal to all budgets and palates.

After the relatively generous crops of ’17 and ’18, volumes are smaller this year; they remind me of the period around the middle of the last decade. However, prices are generally stable: most growers understand the difficult economic conditions and have held their prices at ’18 levels accordingly. 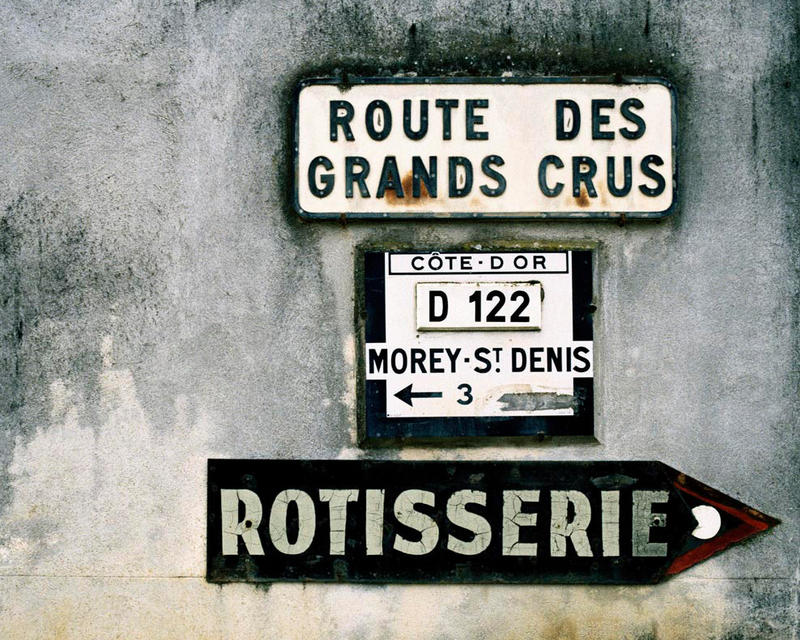 The vintage was characterised by greater than average sunlight. The harvest was relatively late by modern standards, beginning in September rather than August. The dry winter set the tone for the season; Chablis enjoyed slightly higher rainfall than the Côte d’Or and Mâconnais during this early part of the year. Frost hit in early April, mostly affecting Chardonnay in the lower parts of the Côte de Beaune, particularly Chassagne-Montrachet. This would have a negative impact on volumes at the regional and village levels come harvest time.

Cool, damp weather at flowering in June, again affecting the more precocious Chardonnay to a greater extent than Pinot Noir. This led to coulure and millerandage, which reduced the crop on the mid-slope Premier Cru vineyards. This was shaping up to be a small vintage, and was exacerbated further by hot and dry weather in June and July. August was sunny but not excessively hot, and the Mâconnais received above-average rainfall as it had in June. The Côte d’Or had almost normal precipitation in August, while Chablis received just over 20 millimetres, less than half the average. The general lack of water caused drought stress and further diminished the crop, concentrating the juice in the grapes. 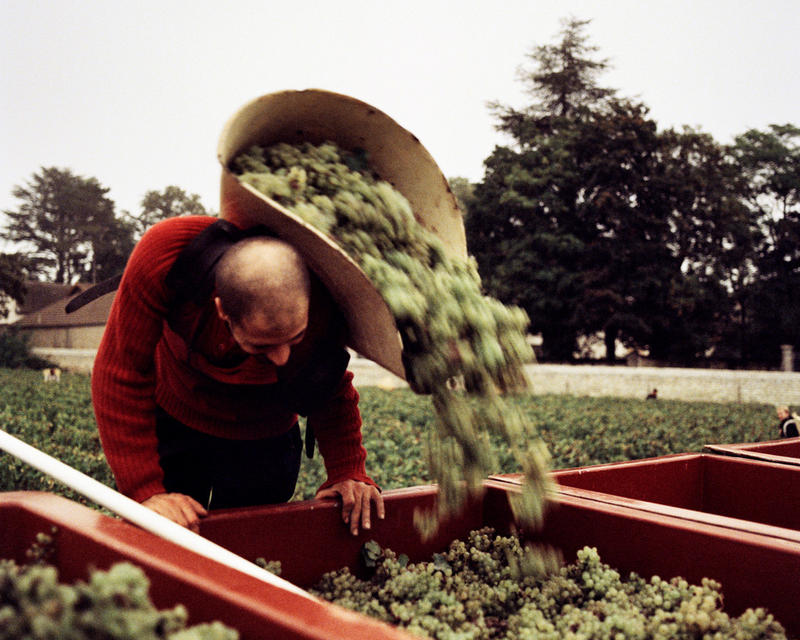 Picking began around 6th September in the Mâconnais and a few days later in the Côte d’Or and Chablis, corresponding to between 10 days and two weeks earlier than the traditional “100 days from flowering”.

In the Côte de Nuits, a number of growers waited until mid to late September; they felt that the unusual weather conditions had blocked phenolic ripeness and the grapes needed a little more time – and possibly some rain. In the end, relatively little water arrived, but there doesn’t seem to be excessive alcohol or richness in later-picked wines. The resulting berries were concentrated, with a high ratio of skins to juice, high acidity and higher than usual sugar levels – though without hitting the extremes occasionally encountered in ’18.

Importantly, the pH of the wines was low, and there was a high proportion of stronger tartaric acid with lower levels of malic acid. The former remains in the wine unchanged, whereas the latter is converted into softer, creamy lactic acid during malolactic fermentation – this gives wines their creamy texture. The concentration of tartaric acid had given the wines plenty of freshness, which counterbalances the relatively high alcohol levels, ranging from 13.5% to 14.5%.

In contrast to ’18, this was a relatively easy vintage in the cellar, with straightforward fermentations. There are one or two exceptions, but many of the growers we work with are opting for either a short élevage or to transfer the wine from barrel to tank for the second winter; the aim is to preserve freshness in the wines and avoid drying them out with too much oak influence.

The trend for incorporating whole bunches persists, as do arguments over whether their inclusion adds or takes away freshness. Notably, some whole-bunch practitioners dialled the proportions back to avoid de-acidifying the wines in what is a ripe vintage. A recent development in the field of whole-bunch fermentation has been to remove the central trunk of the wood, keeping only the pedicels. Arnaud Mortet, Thibault Liger-Belair, Domaine de la Vougeraie and Jean-Pierre Guyon are all using this to a greater or lesser extent, arguing that removing the thicker trunk avoids extracting coarser tannins from the green wood.

More innovation seems to be taking place in the vineyards, with growers reacting to the challenges thrown up by warm and dry vintages. A recurring theme was the use of the vine’s canopy to shade grapes. Historically, vines were kept trimmed fairly low and leaves often removed during the ripening season to help achieve hard-won maturity. These days, the aim is to shade the grapes from sunburn and slow down the ripening process. 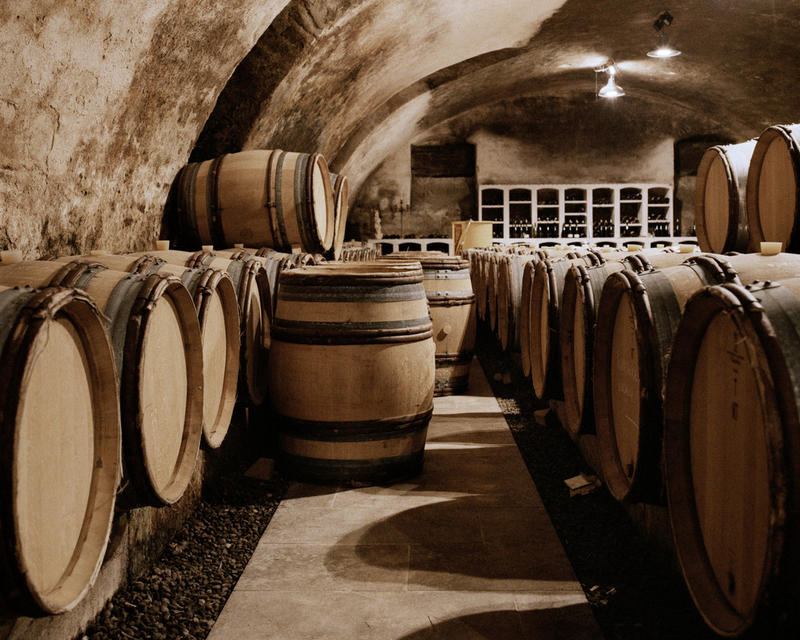 The red wines are excellent, with slightly riper tannins than in ’18. Despite relatively elevated alcohol levels which generally sit half a degree either side of 14%, the low pH – and therefore high acidity – has ensured they retain plenty of freshness and classically Burgundian features. The wines were very approachable from barrel, but their tremendous balance and concentrated fruit should ensure they offer medium- to long-term ageing potential.

The whites are also fascinating, offering plenty of ripe fruit which is counterbalanced by acidity levels which are similar to those in the best recent Chardonnay vintages of ’17 and ’14. Growers were utterly bemused by the hitherto unseen combination of ripeness and freshness: with such a hot and dry season, achieving that balance is quite remarkable.

Villages to look out for

Villages previously famed for their more rustic profiles, such as Santenay, Pommard and Aloxe-Corton, as well as the more renowned Nuits-Saint-Georges and Gevrey-Chambertin, have really overperformed: their sweet, juicy tannins give them a succulence and charm that makes them well worth considering. Equally, cooler areas such as the Hautes- Côtes, Auxey-Duresses, Saint-Romain and Saint-Aubin continue to impress in this warmer “new normal”. Morey-Saint-Denis, which was blessed with more rainfall in August than any other village in the Côte d’Or, appears to have really overachieved. 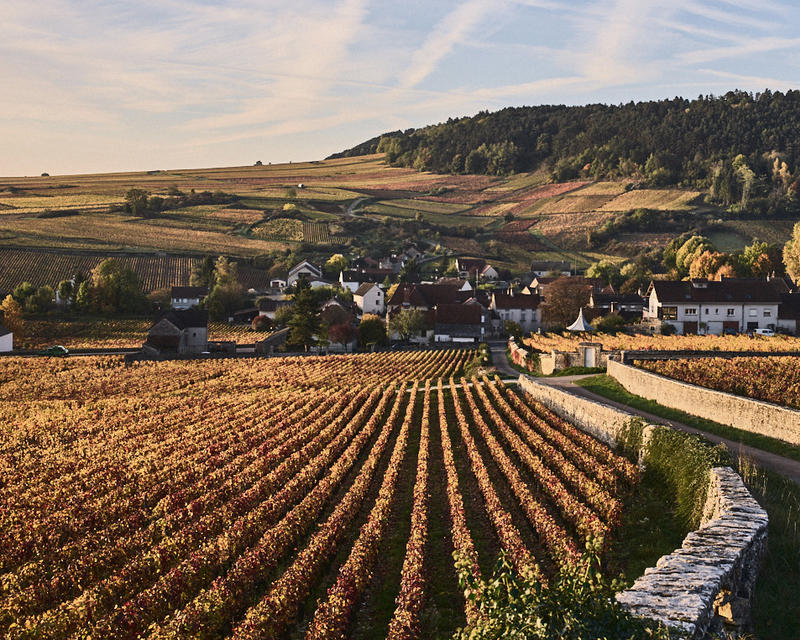