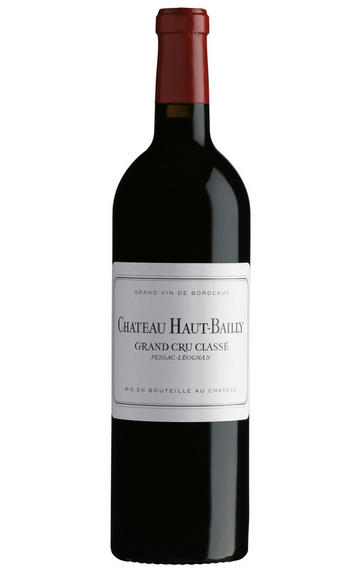 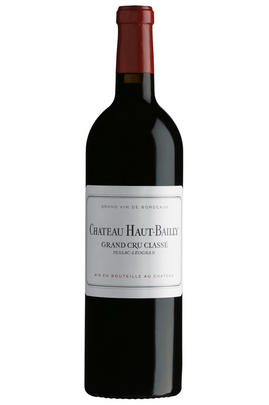 Manager Véronique Sanders and Technical Director Gabriel Vialhard have worked wonders here, catapulting Haut-Bailly into the very highest echelon of Bordeaux wines. The 2007 is as silky-textured and seductive as ever with refined, creamy black cherry and redcurrant fruit and a powerful yet feminine charm. The nose is more serious than usual with ripe raspberries and coffee hints, while the famous Haut Bailly terroir bursts through on the finish alongside firm, supple tannins and intense, minerally fruit. Made with more Cabernet Sauvignon (70%) than usual, this is another absolutely irresistible Haut-Bailly.
Read more 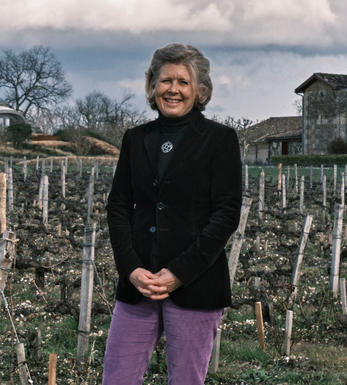 Château Haut-Bailly is a Graves Cru Classé estate that has really hit form in the last 5-7 years. Haut-Bailly was bought by the Sanders family in 1955 and was run by Jean Sanders until 1998 when Robert G. Wilmers, an American banker, purchased it. It is located in the commune of Léognan, which is usually more associated with white wine production.

Haut-Bailly has 28 hectares of vineyards which are very well sited on high, gravelly ground just east of Léognan village. The wine is a blend of Cabernet Sauvignon (65%), Merlot (25%) and Cabernet Franc (10%). It is matured in small oak barriques (50% new) for 15 months and is bottled unfined and unfiltered.

Ch. Haut-Bailly makes small quantities of a rosé from 100% Cabernet Sauvignon, preferring to use the single varietal to maintain freshness in the blend. The wine is fermented 1/3 in new oak barrels and 2/3 in stainless steel at 16°C.

Haut-Bailly is renowned for its smoothness and silkiness but, since the mid 1990s, the wines have better depth of fruit as well as more grip, concentration and body. They are now amongst the top echelons of Pessac-Léognan wines. 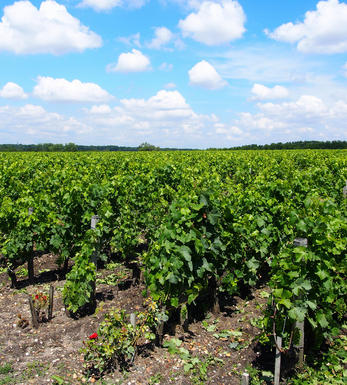