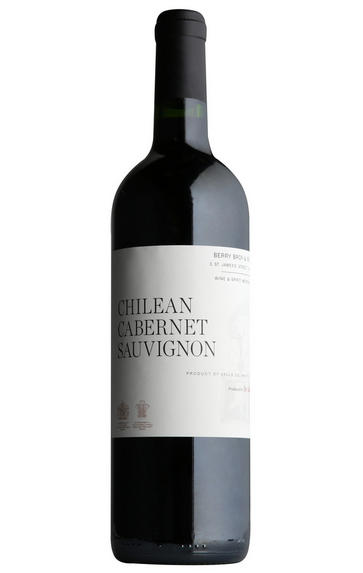 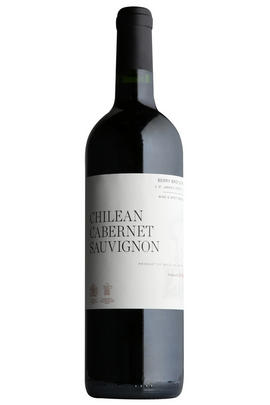 This wine is currently out of stock. To find out when it will be available again, please click here.

THIS WINE IS CURRENTLY ONLY AVAILABLE TO ORDER BY THE CASE.

We are delighted to be working once again with the excellent De Martino for the second vintage of this wine. De Martino is a specialist in Chilean Cabernet Sauvignon and its expertise is clear in this wine. The 2018 has an utterly gorgeous nose of violets and blackberries which draws you in. It is so enticing it makes you smile. The intense blackberry fruit is ripe and succulent, yet De Martino always manages to bring a Bordelais note of gravel to its wines, and that is evident here, adding wonderful sophistication and elegance. 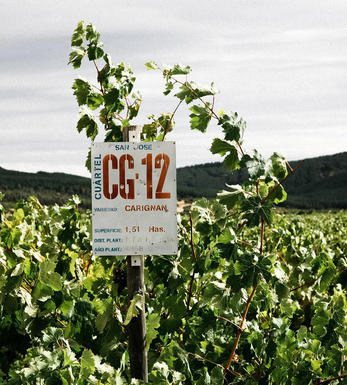 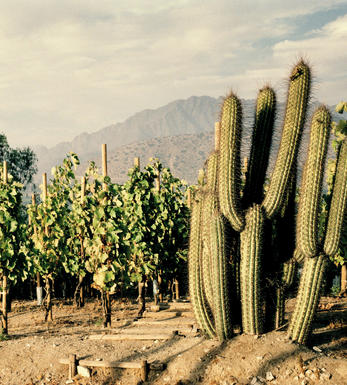 A viticultural paradise with hot, sunny days, chilly nights, little rain and cooling breezes, Chile is famous for being the only wine-producing country free of the devastating phylloxera bug. Despite the rise of neighbouring Argentina, which produces twice as much wine, Chile remains South America's (and arguably the world's) finest source of well-priced, excellent-quality varietal wines with sleek, fruity reds and ripe, clean whites. Rosé, sparkling and even sweet wines also do well here. As ambitious winemakers search for better sites (especially higher up and in cooler areas), and constantly improve techniques in the winery and vineyard, some truly fine examples are beginning to emerge. Joint ventures like Almaviva, (a partnership between Concha y Toro and Mouton-Rothschild), lead the way and many are following.

The vine was introduced to Chile's Central Valley by the Spanish Conquistadores in the mid-16th century, but 1851 marked the turning point for the Chilean wine industry, when Don Silvestre Ochagavia Echazarreta imported and planted a range of French vine varieties. As phylloxera ravaged Europe, Chile was the only country left with healthy vines. Political and economic turmoil, combined with falling consumption, put the brakes on the country's development in the 1970s and 1980s, but once democracy was restored, investment (both internal and external), equipment and expertise flooded in. With the introduction of temperature-controlled stainless-steel vats, cool storage, and oak barrels, Chile underwent a winemaking revolution.

Chile's most important red grape is Cabernet Sauvignon, yielding increasingly elegant and concentrated wines and some very good Bordeaux blends. Some have seen the discovery of old Bordeaux grape, Carmenère (aka Grand Vidure) as Chile's unique selling point, as Malbec has been for Argentina. This remains a moot point but, long mistaken for Merlot, with which it is still usually blended, Carmenère produces complex, earthy reds with rich, blackcurrant flavours and firm, ripe, tannins.

Chardonnay is the most popular white, especially from cooler regions like the Casablanca and San Antonio valleys. Thanks to a replanting programme which saw genuine Sauvignon Blanc replace its lower-quality imitators, some excellent examples are now produced, offering a halfway house between the grassy herbaceousness of Sancerre and the piercing, tropical fruit intensity of New Zealand Sauvignon Blanc. Juicy but elegant Pinot Noirs and rich, stylish Syrahs are beginning to make a reputation for themselves while Riesling, Viognier and even Gewürztraminer all show promise.

Hemmed in by the Andes to the east, the Pacific to the west, the Atacama Desert to the north and Antarctica to the south, Chile's climate is Mediterranean. The only down side is the lack of rain, with irrigation required virtually everywhere. Most of the country's vines are in the southern half of the country, centred on the 1,000km-long plateau of the Central Valley south of the capital, Santiago.  This area is home to Chile's most famous region, the hot, dry Maipo Valley with its Napa Valley-like Cabernets and ripe Chardonnays with good acidity.

Here, and the areas below it at the foot of the Central Valley, Itata, Bío-Bío and Malleco, are Chile's most undeveloped but also some of its most promising. The hilly, cooler coastal regions of Aconcagua, San Antonio and Casablanca, west and north-west of Santiago, have already shown the way, especially for white wines, with the latter probably producing Chile's best.