A spotlight on Ridge Vineyards

John Olney, COO at Ridge Vineyards, talks to us about sustainability, the impact of the 2020 Californian wildfires and applying French philosophies to New World winemaking.

High in the Santa Cruz Mountains, in a rugged terrain swept by a Pacific breeze, is where the story of Ridge Vineyards began. The original Monte Bello vineyard sprawls over a mountain ridge: the inspiration behind the producer’s name.

“The important thing about Monte Bello,” says John Olney, Ridge’s COO, “is that it’s up at around 2,600 feet elevation at the very top of the mountain, and it’s only around 15 miles to the Pacific Ocean. The climate in the Santa Cruz Mountains is very cool, which is why the Bordeaux varietals grow well here.” 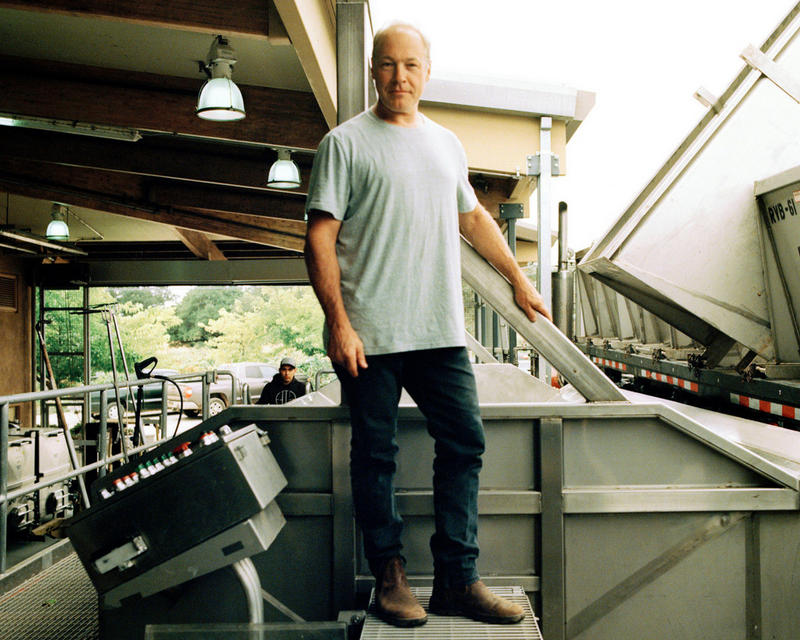 The origins of Ridge

Notably for a New World producer, Ridge traces its history back to the 1880s.

John explains, “Vines had been planted in Monte Bello in the 1880s, but during Prohibition in the 1920s and ’30s, the vineyards were abandoned.” The site was rediscovered in the ’50s by a group of Stanford graduates travelling in the area, who had no background in winemaking.

“They found these abandoned vineyards and started to revive them, and they made a small amount of wine in 1959,” says John. “Amazed at the quality, they concluded that it can’t have been a result of what they were doing; it must have been coming from the soil, the microclimate and the natural circumstances.”

Ridge officially became a winery in ’62, the same year they started making their Monte Bello. Throughout the ’60s, as the Californian wine industry grew, many wineries defied Old World tradition to identify their wines by grape varietal rather than site. Ridge’s choice to emphasise site set them apart from their contemporaries; since their early days, they've championed terroir and a light touch in the winery.

“Our winemaking style starts in the vineyard,” explains John. “The way we make decisions is based on looking at the soil, the grape varietals and the microclimate. We start by asking – are those three factors all ideally matched here? Because if they’re not, we have to introduce a lot more winemaking to dress it up.

“Paul Draper, who’s been our head winemaker since 1969, had a very European outlook. Paul would always say that it’s important to remember that there are many wineries in France – and throughout Europe – where they’ve been making wine for hundreds of years without all these new methods and additives.

“He had the opportunity to taste many old vintages, especially in Bordeaux, which solidified his belief that if you have the right ingredients, you can take a much more passive role in terms of your winemaking and be much less interventionist.

“We’re here to pick the grapes when they're ripe. It’s about making wines that have power and richness and reflect their origins, without overdoing it.” 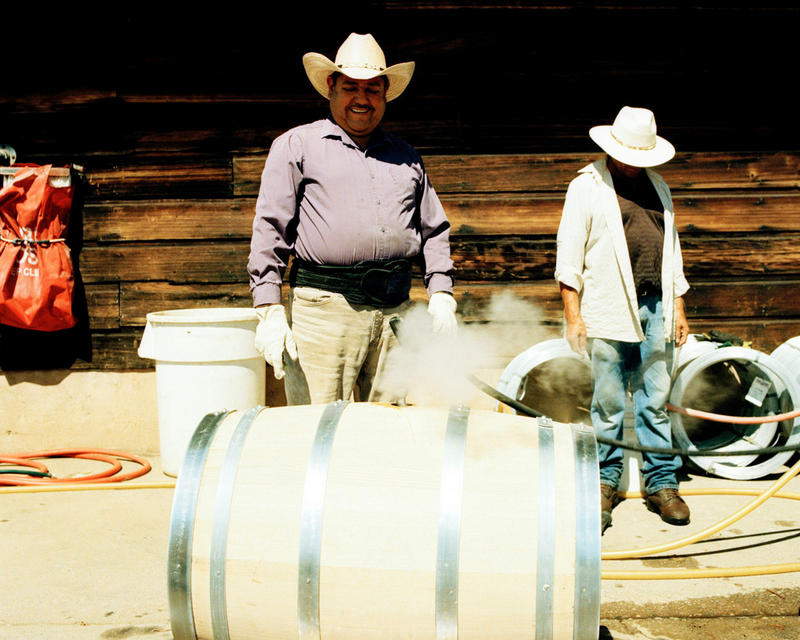 The conversation inevitably turns to the topic of wildfires: 2020 was a catastrophic year for California, with the gravest fire season on record – a consequence of “running a massive fire deficit” for decades, exacerbated by global warming.

“There’s no question that, especially in recent years, the fires have had an increasing impact,” says John. “Up until this past year, I would say it was more of a logistical problem: knowing when there are fires going on, trying to bring the grapes from point A to point B when all the roads are shut down.

“But this year, it was a much bigger challenge, because we had a fire starting while the grapes were still on the vines. Smoke exposure became a real issue, and unfortunately, we had to put some grapes aside. I don’t think we’ll be able to use them. The real question everyone is trying to sort out now is: how do you insure against wildfires during harvest in the future?”

Stewards of the earth

The nightmarish scale of the 2020 wildfires brings into sharp relief the severity of the climate crisis. Increasingly, producers around the world are adopting sustainable practices with urgency.

John explains to me that sustainable thinking has been part of Ridge’s core philosophy for a long time. “Take our winery here at Lytton Springs,” he says. “When we built this winery in 1999, we thought carefully about what kind of structure we wanted. As stewards of the earth, we wanted to build something that was nature-friendly.”

The Lytton Springs facility is made from 3,000 bales of straw, which is not only a renewable resource, but has a high insulation value. John explains how the straw insulation traps the night air, keeping the winery cool: “We just shut the windows and it holds that coolness in, reducing our usage of air conditioning.

“The other very big thing you have to be conscious of in California is your water use,” says John. “We recycle all the water we use in the winemaking process. And we’ve also just started the process of going through our carbon footprint, to really analyse our recycling and waste.”

Lytton Springs is primarily fuelled by solar power, with around 60% of their energy in a year produced on-site by rooftop solar panels, and all the producer’s state-grown vineyards are organically certified. 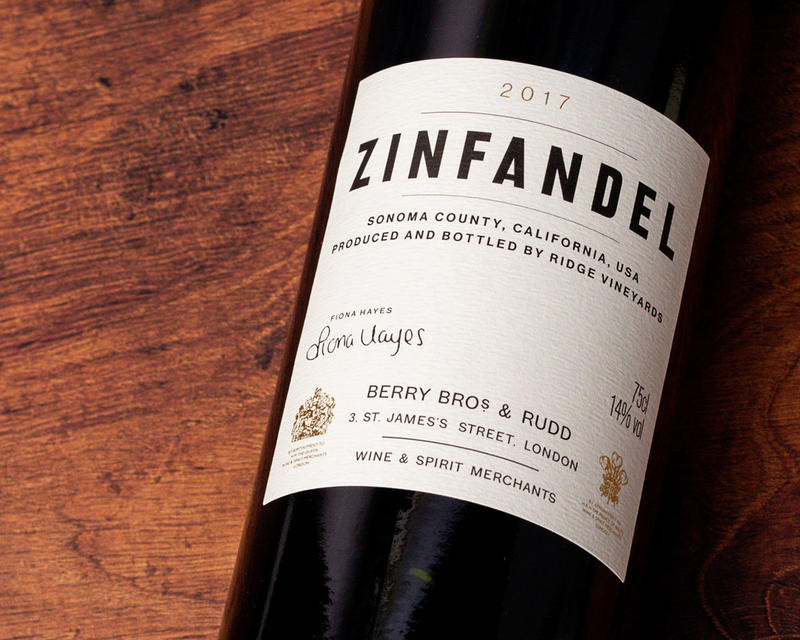 Our Own Selection Zinfandel is made from grapes sourced from Sonoma County, blended with small amounts of Petit Sirah and Carignane for colour and structure. John describes it as a “great Monday-to-Friday wine”.

“It’s very versatile and perfect for summer if you’re barbecuing,” he says. “I often enjoy it alongside pasta dishes, especially if they’re tomato based. It goes well with a lot of Italian food in general. Over the holidays, we had it with a little lamb and kidney beans, and it was excellent.”

If you’re new to Ridge’s wines, we think our Own Selection Zinfandel provides the perfect introduction to this iconic Californian producer. 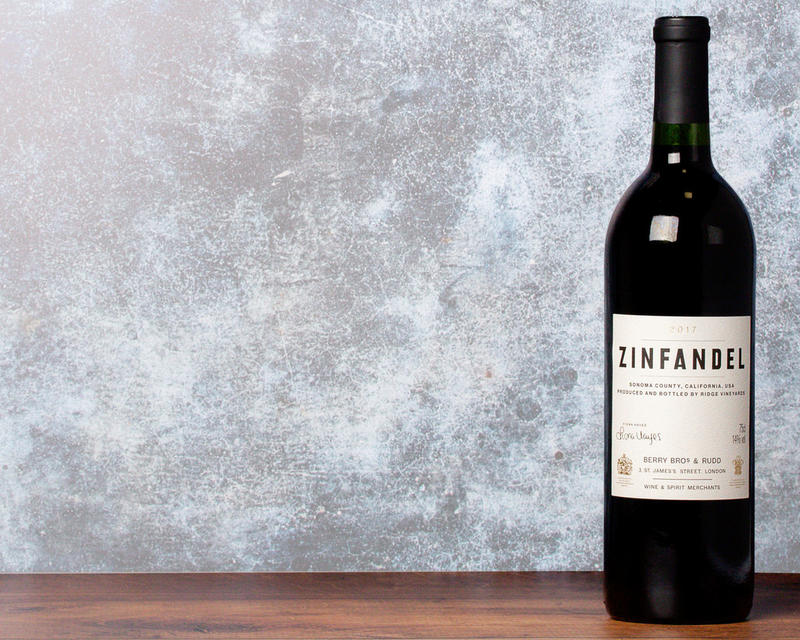 Discover our Zinfandel by Ridge Vineyards