Over the past three centuries, a host of famous (and sometimes infamous) customers have bought their fine wine and spirits from Berry Bros. & Rudd.

On the front of our tote bags, six of these personalities have been brought to life by artist John Broadley, alongside our founder, the Widow Bourne.

Read more about these remarkable characters – and their ties to Berry Bros. & Rudd – below. 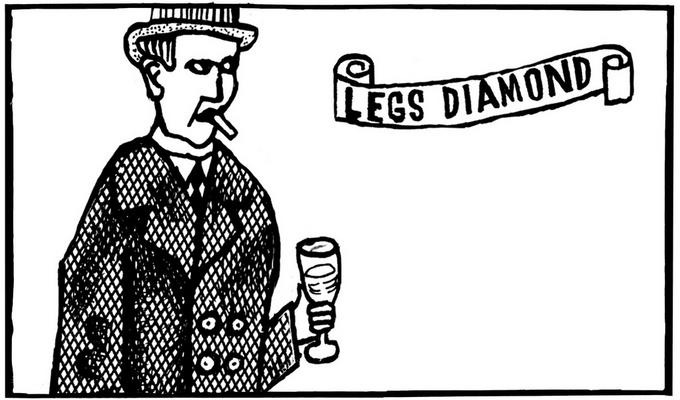 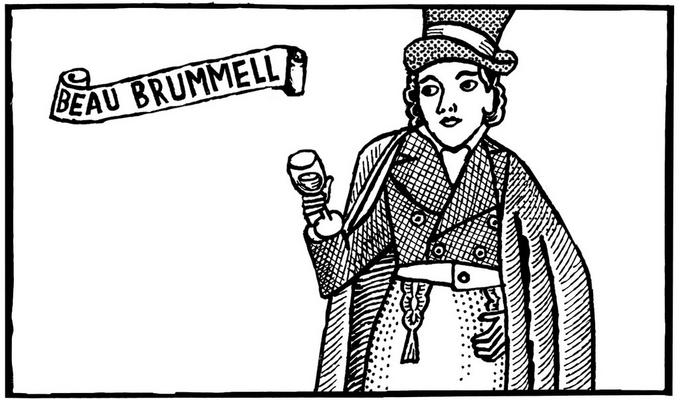 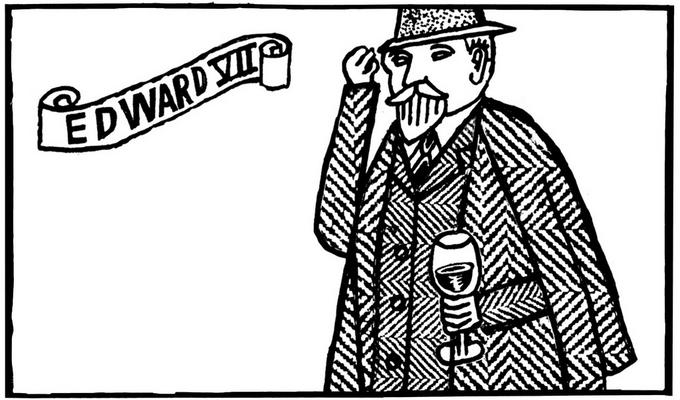 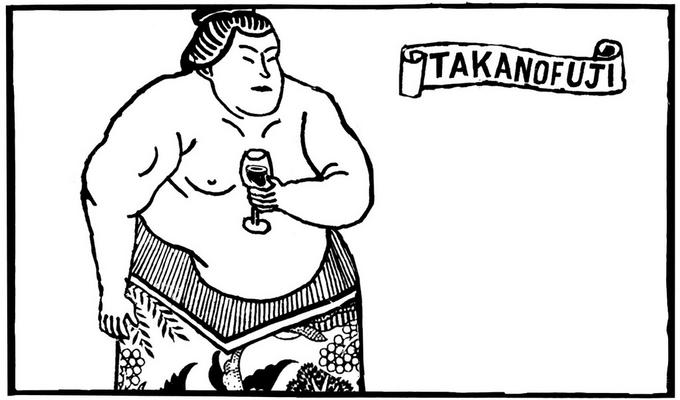 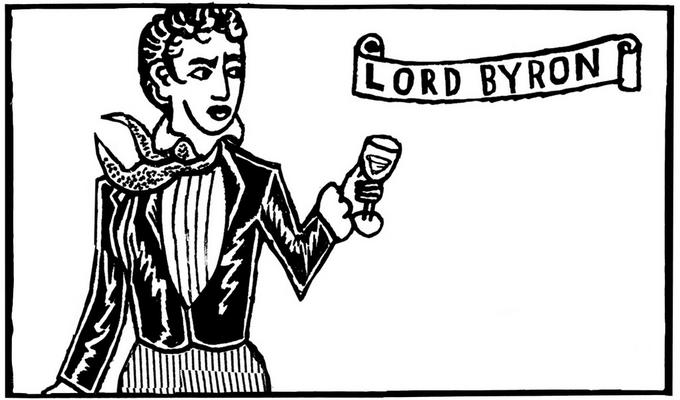 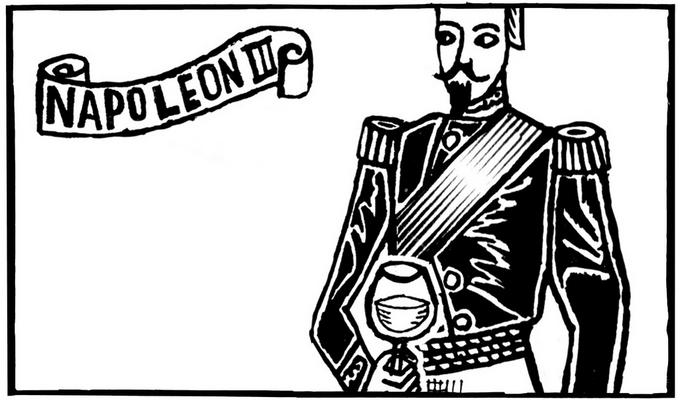 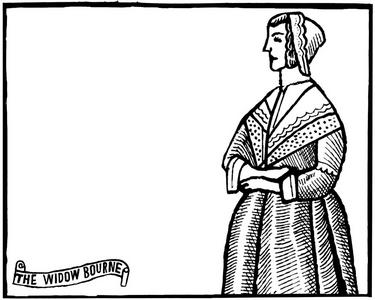 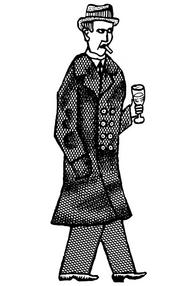 Also known as Gentleman Jack, Jack “Legs” Diamond was an Irish American gangster and bootlegger who became an international celebrity during Prohibition. In 1931 alone, he appeared in the New York Times 103 times, a fame that rivalled that of Al Capone.

He had made his money by running bootleg liquor from “Rum Row” – the name given to the coastal waters between New York and Atlantic City where much of the smuggled liquor was brought in – to the nightclubs and speakeasies of Manhattan, equipping his gang with sawn-off shotguns to discourage competitors and fend off hi-jackers. But one of the more spectacular episodes in Diamond’s career was when he was alleged to have walked into the Hotsy Totsy Club in New York and shot down the two owners in the midst of scores of dancing couples.

There isn’t a much less likely visitor to St James’s, but – reportedly – one day in the 1920s, Diamond and two of his gang swaggered into our shop at No.3. It is said that they made a substantial order, mostly for Scotch whisky (presumably because it would fetch the highest price back home), paid in cash and returned only to collect the goods the following day. Whoever dealt with them fortunately lived to tell the tale.

It was Diamond’s uncanny ability to survive attempts on his life that made his name – causing his arch-enemy Dutch Schultz to remark in 1930, “Ain’t there nobody that can shoot this guy so he don’t bounce back?” In 1931, someone finally did. 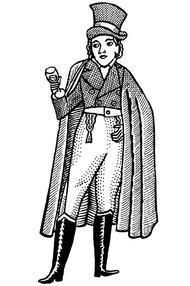 George Bryan “Beau” Brummell was an iconic figure in Regency England whose effortless style set the benchmark for men’s fashion in his lifetime, and beyond.

Brummell first came to No.3 in 1798, aged 20, weighing 12st 4lbs. Fresh from Eton and Oxford, he had joined the Prince of Wales’s regiment, the Tenth Hussars, and – taken under the wing by the Prince Regent (the future King George IV), had been accepted into the gilded, exclusive world of Georgian aristocracy.

He soon sold out of his regiment, after it was posted to Manchester – a hardship that Brummell couldn’t bear. Over the next 18 years – and despite his modest means – Brummell established himself as the darling of society, a determined dandy who became an undisputed dictator of style. It is perhaps no surprise that over that time he gained almost a stone.

Unfortunately Beau’s lifestyle was far beyond his means, his position in society allowing him a line of credit which he abused, frivolously spending and gambling it all away. He eventually lost favour with his one-time friend, the Prince Regent, who reportedly bluntly ignored his presence when talking to one of his companions, Lord Alvanley in 1813. This exchange prompted one of Brummell’s most famous remarks: “Alvanley, who’s your fat friend?”

By 1816, the debts became too much and Brummell fled to France to escape prison and his English creditors. While it is commonly thought he never returned to Britain, our ledgers prove otherwise. An entry of Brummell’s weight against the date “July 26, 1822” shows that he did return, weighing a slight 10st 13lbs – his loss of status perhaps taking its toll. 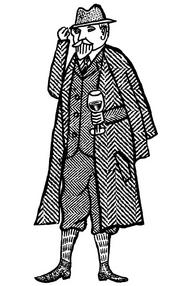 King Edward VII – also known as Bertie, or Tum Tum (thanks to his rather considerable 48-inch girth) – took over the throne from his mother Queen Victoria in 1901 and reigned until his death in 1910. Considered something of a playboy prince in his day, Edward was a keen sportsman, loving horses, hunting and, indeed, cars. He was an early supporter of this new mode of transport, purchasing the first royal vehicle, his first Daimler, in 1900.

Bass – a brewer for which we were then the agent – created the King’s Ale for the coronation in 1902, a few bottles of which remain in our House Reserves today. Two days before the event, however, Edward was diagnosed with appendicitis. While people were rarely operated on at the time, given the high risk of death, his doctor insisted – and successfully performed the then-radical operation. The next day, Edward was sitting up in bed smoking a cigar, and he was crowned in August.

It was in 1903, however, that Edward’s doctor came to us, asking us to create something to keep him warm while riding in his “horseless carriage” – his Daimler. And so the King’s Ginger – our revivifying ginger liqueur – was born. Enamoured with the warming spirit, Edward awarded us our first Royal Warrant the same year. 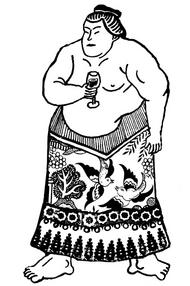 Takanofuji was the shikona or ring name of Tadao Yasuda, a Japanese sumo wrestler, who is the heaviest person to ever be weighed on our scales. He was one of 40 sumo wrestlers who came to London in 1991 to take part in a tournament being held at the Royal Albert Hall – the first sumo competition ever to be held outside Japan.

Given the sumo wrestlers’ weight and size, the Royal Garden Hotel – where they were housed during their stay – had to weight-test their lavatories, reinforce the beds and chairs, and fit special showers as the existing showers had too small a spray to cover the athletes’ bodies.

Around the same time, we had just started selling Cutty Sark to Japan, so we invited Takanofuji into the shop to be weighed, with the aforementioned Scotch providing the counterweight. Towering at 6’3½’’ (height is an advantage, giving sumo wrestlers a higher centre of gravity), he reportedly weighed in at 21 stone 6lbs – or 108 bottles of Cutty Sark. This surprisingly modest weight seems trifling in comparison to one of the other wrestlers who fought at the Royal Albert Hall, and the main attraction, Hawaiian Konishiki – the heaviest sumo wrestler ever, nicknamed the “Dump Truck” – who weighed an extraordinary 37½ stone. (Rumour has it that we did also attempt to weigh this mountain of a man, but the scales couldn’t take the weight.)

Takanofuji retired from sumo the following year, but turned to professional wrestling, going on to become the IWGP Heavyweight Champion in New Japan Pro-Wrestling. 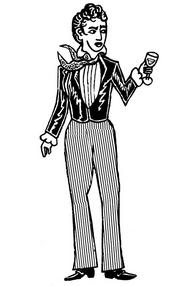 The famous Romantic poet and politician Lord Byron visited us many times during his lifetime. Notoriously vain, his life in London is traced via our historic ledgers, which record his fluctuating weight.

When he first stepped through our doors, and onto the scales, in January 1806, a student of 17 at Trinity College, Cambridge, he weighed a whopping 13 stone 12lb – an impressive figure for his height (5’8’’).

During his time at Cambridge, Byron became a familiar figure in St James’s, particularly to the gambling hells (one of which was at No.5 Pickering Place, just behind our shop at No.3 St James’s Street). Unusually for the time, he set upon a strict regime to lose weight; writing in April 1807, “I have reduced myself by violent exercise, much physic, and hot bathing.”

He was weighed many more times at No.3, the last of which was in 1811, soon after he returned from two years’ travelling, recording his lowest weight yet at a svelte 9 stone 11½lb. While abroad he had written the first two cantos of Childe Harold’s Pilgrimage, which brought him instant fame when published in 1812. 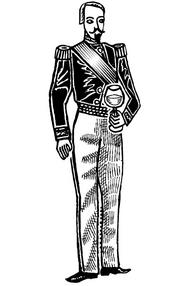 Deep in the cellars below No.3, Louis Napoleon – later to become France’s Emperor Napoleon III – held clandestine meetings during his exile in the 1840s. But this was far from the only occasion on which he visited Berry Bros. & Rudd. Napoleon III, nephew of Napoleon I, was a firm friend of family member George Berry, and the pair served as special constables together during the Chartist riots. Napoleon lodged on King Street, a stone’s throw from No.3, for a number of years where he enjoyed London society and planned his return to France. In 1840, his invasion proved unsuccessful and he was held prisoner for six years before his escape.

Once free, he returned to London and to St James’s (where he was weighed, tipping our coffee scales at 10 stone 8 oz). It was around this time that Napoleon commissioned a man named Sherer to pen some propaganda for him in a quiet corner of the cellar – an account of this evening was published in 1904 in History of Ye Ancient Society of Cogers, 1755-1903:

“Napoleon arranged that I should meet him at the Coffee Mill, a wine-room kept by Mr Berry at the bottom of St James’s Street. We shall be quiet there said Napoleon as we parted. And quiet we were. Napoleon, who seemed quite at home at Berry’s, met me in the entrance at the appointed time and, after weighing me in a pair of enormous scales in the shop and showing me an entry recording his weight, told Berry to bring a couple of bottles to the cellar…” 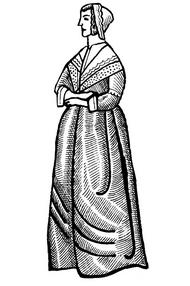 Little is known about the mysterious woman who founded our business in 1698. We don’t know how or when she was widowed, or really anything of her life before she set up shop on St James’s Street. We do know, however, that she was a canny businesswoman.

St James’s Palace was built in the 16th century by King Henry VIII for Anne Boleyn, as a place where they could escape formal court life. When Whitehall Palace burnt down in 1698, however, St James’s became the principal residence of the monarch. The arrival of the royal court in St James’s transformed the area – which rapidly evolved to cater to its new, affluent residents. It is likely for this reason that the Widow Bourne chose No.3 St James’s Street for her new business.

At that time, wine and spirits weren’t on the agenda; the Widow ran an Italian Grocer’s, selling the most exotic and fashionable goods of the day – tea, snuff, spices and, most importantly, coffee, supplying the area’s popular Coffee Houses.

The Widow Bourne had at least two daughters, one of whom was Elizabeth, who married William Pickering. When the Widow died, William and Elizabeth took over the business.