A guide to the Southern Rhône

This fascinating region is home to some of France’s most characterful and best-value wines. Here Mark Pardoe MW explains how to navigate the Southern Rhône, from Châteauneuf-du-Pape where terroir speaks volumes, to the village wines where climate is key.

We tend to talk about the wines of the Rhône Valley as a single entity, but the Northern and Southern regions are very different. Not only is the North (known as septentrionale in French) much smaller and more densely planted than the South, but also its climate is continental. In addition, in the North the only permitted red grape variety is Syrah.

The South (méridionale) has a Mediterranean climate, which is accompanied periodically by the cold and persistent Mistral wind. Here, Grenache dominates the red wines, albeit supported by a wide canon of other varieties, including Syrah. You could say that the only thing the two regions have in common is the name of the river that connects them.

The Southern Rhône is not just different from the North; it’s also not like any other major wine region in France. When you travel through Bordeaux, Burgundy, Champagne or, indeed, the Northern Rhône, you have a sense of rolling waves of vineyards planted on all the available land. The Southern Rhône is much less homogeneous: it’s a land of mixed farming, with olives, lavender, sunflowers or artichokes just as prevalent as vines.

The focal point of the South is Châteauneuf-du-Pape, whose vineyards are planted predominantly, but not exclusively, on land covered by galets roulés (pudding stones) from glacial deposits. The best wines here are famous, collectable, heady and powerful, and dominated by Grenache – but this is about as precise as Southern Rhône terroir becomes. In fact, it could be argued that the wines of the Southern Rhône are defined more by climate than geology.

So, away from the touchstone of Châteauneuf-du-Pape, it can be difficult to navigate the wines of the Southern Rhône. The region is responsible for most of the volume from the Rhône (the North produces only 5%), with much of it is sold as simple Côtes du Rhône. This means there are extremes of price and quality. Yet – partly because of its more disparate identity and less reliance on terroir – this is home to some of the most creative wine producers in France. There is also superb value for money to be found.

A good place to begin is with the Côtes du Rhône Villages – a big appellation lying mostly north-east of Châteauneuf-du-Pape. The best known of the villages, like Gigondas, Vacqueyras and Vinsobres, are permitted to sell their wines under their village name, and the best can command prices approaching Châteauneuf-du-Pape. But there is value to be found in the other promoted villages, such as Rasteau, Cairanne and, especially, Lirac. This latter village sits apart from the others to the west of the Rhône, and tends to be rather overlooked.

There are many more candidates that can identify themselves by adding their name to the Côtes du Rhône-Villages appellation. Some are rarely seen, but Massif d’Uchaux, Visan and Valréas are worth seeking out.

Here is a selection of the Côtes du Rhône Villages, with those entitled to be sold just by the name of the village in bold. The rest (of which there are 20, and rising) must append their regional name to the appellation: Gigondas, Vacqueyras, Vinsobres, Cairanne, Rasteau, Beaumes de Venise (for red as well as sweet), Lirac, Tavel (only for rosé), Valréas, Visan, Rochegude, Séguret, Massif d’Uchaux, Plan de Dieu.

Yet the presence of a village name is not in itself a guarantee of better quality. Some are little better than “ordinary” Côtes du Rhône, so other clues need to be sought.

The first, and most important, signifier of quality here is organic and biodynamic viticulture. The South’s Mediterranean climate and drying Mistral means that organic viticulture is a more practical choice than in damper and cooler regions. Also, as producers tend to be more spread out than in other regions, biodynamic practices are also easier to administer.

It’s worth keeping in mind that not all producers seek certification, often because of the bureaucracy, but the best will always be following at least the basic principles. In a warming climate, vineyard and soil health are increasingly pivotal in allowing the vines to adjust to these new challenges.

The impact of altitude

Altitude is also increasingly important. The region is relatively flat near and around the river Rhône but becomes increasingly hilly to the east. These hills are often heavily wooded, creating a variety of micro-climates and cooling influences; the further east one ventures, the higher the hills. Of the more renowned villages, Vinsobres is 400m above sea level; even Dieulefit in Visan is over 300m above sea level. The climatic moderation provided, and the greater variation between day and night-time temperatures, can add an extra dimension of brighter fruit and purity to the wines.

Grape varieties to seek out

Grenache Noir is king in the Southern Rhône. It is well suited to the hot conditions, creating generous, succulent wines which are not over-tannic, due to the variety’s thin skins. Syrah is also highly regarded, perhaps in part because of its reputation in the Northern Rhône. In truth, it has to be carefully handled in the south as its thick skins can make Southern reds overly robust. Both are enshrined in the appellation laws as necessary components of every red wine, although Syrah may be replaced by Mourvèdre. Where conditions are suitable, Mourvèdre adds beguiling tapenade, liquorice and violet aromas, so redolent of Provence. Look out for it as a part of any blend, and also the light-skinned Cinsault where it is permitted. This adds a rose-petal florality and a silky texture to simpler wines.

Beyond the South’s reds

Before we leave the region, a quick word on the whites. These are dry, solid and textured, often from Grenache Blanc, but there are many other permitted grape varieties. The addition of Clairette or Roussanne will add complexity, and Viognier is also planted. Its wines are less exuberantly aromatic than when grown in the North, but they can offer much of the character at a fraction of the price. Rosé is widely produced, but Tavel rosé is the king. They say that if you taste it blindfolded you will think it a red wine, and it is certainly one of France’s best gastronomic rosés.

With the exception of the top names, buy the red wines to enjoy almost immediately or within four to five years of the vintage, although the best can live 25 years or more. The simple whites and rosés are best in the summer after the vintage, but the more textural whites can evolve very interesting creamy and nutty notes after a few years.

The Southern Rhône is, without doubt, a region worth exploring. While it’s not straightforward, it is certainly home to some of the most enjoyable and characterful wines in France. And one last tip: it is always worth looking for generic Côtes du Rhône made by your favourite village producer. This will invariably be from vineyards adjacent to their named village wine and will offer tremendous value. 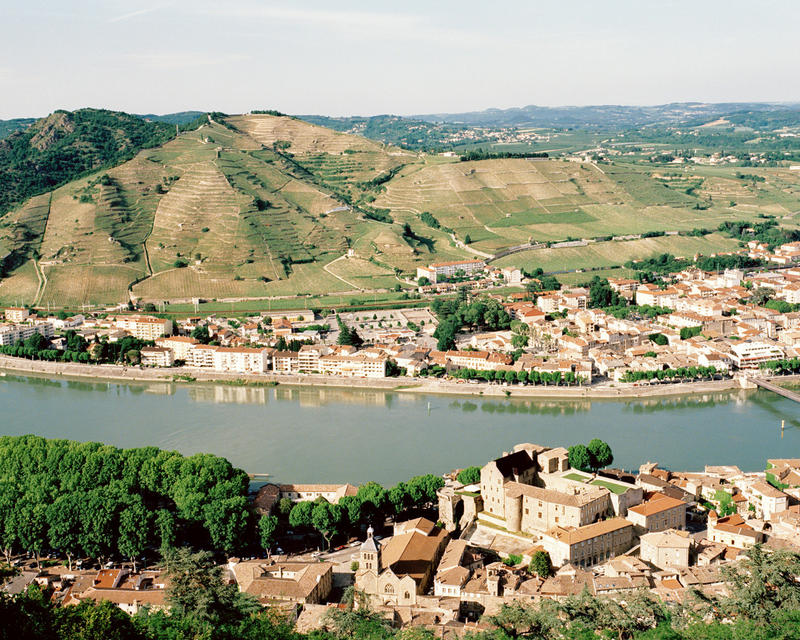