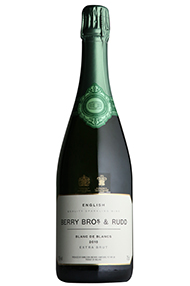 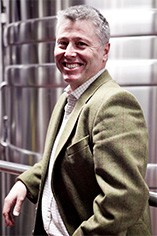 Hambledon Vineyard has a long and fascinating history. Not only does the village have the reputation as the cradle of cricket, long before Lord’s it seems, but it is also the location of the first English commercial vineyard, courtesy of the Francophile Sir Guy Salisbury Jones. A name familiar to anyone who has ever done any of the WSET wine exams, Sir Guy developed the vineyards in the early fifties. After an uneventful hiatus the vineyard was purchased by Ian Kellett in 1999 and his investments of both patience and capital are now yielding fruit, quite literally, in the form of some of the best located Chardonnay, Pinot Noir and Pinot Meunier grapes in the country.

Hiring the renowned oenologist Hervé Jestin, already a good friend of Berry Bros. & Rudd, through his links to our Rosé Champagne producer, Benoit Marguet, is but one of the qualitative initiatives that have propelled Hambledon back to the top of the vinous tree. Others include the purchase of an extremely expensive Coquard press, the judicious ( and costly ) separation of cuvée and taille after the pressing and also the extensive lees ageing. Equally important and some may say more important is the quality of the vineyards themselves.

Renaissance man Ian is an amateur geologist ( as well as a professional chemist and former City financier) it seems, and has pinpointed the specific chalk type in his three vineyards (Newhaven Chalk formation that developed between the Santonian and Campanian eras of the Upper Cretaceous period , known as the Senonien period in Champagne, in case you were wondering). Many of the emerging English vineyards, it would appear, actually have less chalk than one may think, given the powerful PR machine of association and many, especially those located further to the west, are dominated by green sand and clay.

Free-draining chalk, with its long association with Champagne, is seen as the ideal terroir and Hambledon has it, if you will pardon the expression, in spades. We are delighted to be working with this outstanding English winery. Sparkling wine in England goes from strength to strength, and we are confident that Hambledon will prove to be the finest of them all. Sir Guy would have been very proud.
Simon Field MW, Wine Buyer