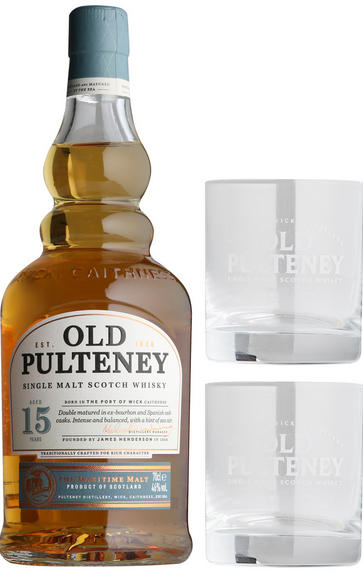 This product comes with two free tumblers and currently includes a saving of £6.

From the second most northerly distillery on the Scottish mainland comes this recently released fifteen year old, showing the hallmark roundness of the spirit from this beguiling distillery. The nose has touches of citrus with a more dominant honeyed, nutty character swaggering through with time. The palate is fairly luscious and hints at cinder-toffee and malt-loaf, with these heavier, spicier flavours continuing through into the finish. This is a versatile whisky, equally at home in the flask or by the fireside.
Rob Whitehead, Spirits Buyer (January 2019) 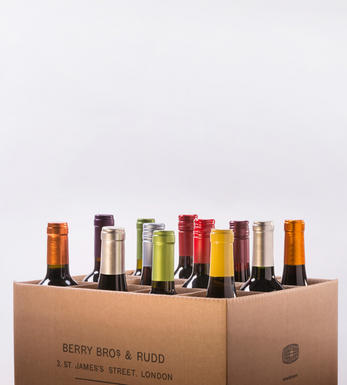 Mixed Cases are a great way to sample a range of wines from our extensive and eclectic wine list, safe in the knowledge that they are meticulously selected (and sampled) by our buyers.

The styles of Scotch Whisky:


The traditional regions of Scotch whisky
Lowlands: North of the English border, and south of a line drawn between Greenock in the west, and Dundee in the east, Lowlands produces subtle whiskies of delicate floral, grassy character and little or no peat influence.

Highlands: This is a broad area, lying between Speyside and   with distinct regional variation in the malts produced, ranging from richness and fullness of flavour (Northern Highlands) to sweet, delicate peatiness (Eastern Highlands), to maritime characters (Western Highlands), the clean fruitiness (Perthshire)

Speyside: It encompasses more than half of Scotland's distilleries. Speysides are essentially sweet whiskies, with just a whiff of peatiness, typically highly perfumed, feminine and elegant.

Islay: The peaty soil and Islay's maritime exposure on the west coast of Scotland results in the most robust, oily, heavily-peated, medicinal style of malts.

Campbeltown: At the toe of the Kintyre peninsula, it counts only two active distilleries, Glen Scotia and Springbank. The whiskies share a distinct maritime influence (salty and sewed characters) overlaid with smoky notes

As well as the whiskies listed below in the BBR website,  the Spirits Room in our London Shop holds further stocks of  rare and premium whiskies, many exclusive to Berry Bros & Rudd.