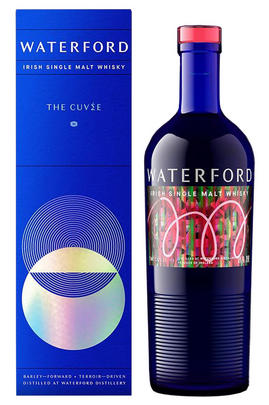 After years of eager anticipation, the stated goal of Waterford has been achieved – to create a emblematic cuvée by vatting casks from across their Single Farm distillations. As I have come to expect from this ideologically renegade distillery, the character of this whisky is driven by reverence for barley. Sweet cereal notes abound on the nose, palate, and finish; with supporting aspects of vanilla, light spice and hints of dried fruits – all derived from the variety of casks used. 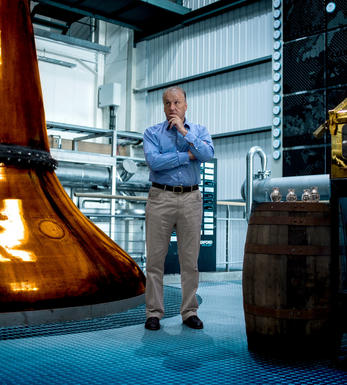 Waterford Distillery was founded in 2015, representing the latest whisky venture from Mark Reynier, the figure behind the revival of Bruichladdich Distillery on Islay. Sitting on the banks of the River Suir in the city of Waterford, in the southeast of Ireland, it’s housed in the same building which was formerly used by Diageo to make Guinness.

After Bruichladdich was bought by Rémy Cointreau in 2012, Mark “followed the barley” to Ireland, believing the country to be home to the best barley in Europe.

What marks Waterford apart from its competitors is its bold focus on terroir – an unconventional approach to whisky which has drawn its admirers and detractors alike. Mark, whose roots lie in fine wine, describes it as “unashamedly a philosophy from the wine world that I’m adapting to whisky”.

In response to challenges from the whisky industry, the team at Waterford have been working on the Whisky Terroir Project, dedicated to demonstrating the importance of terroir in influencing the flavour of barley.

Find out more about Waterford’s quest for terroir here.