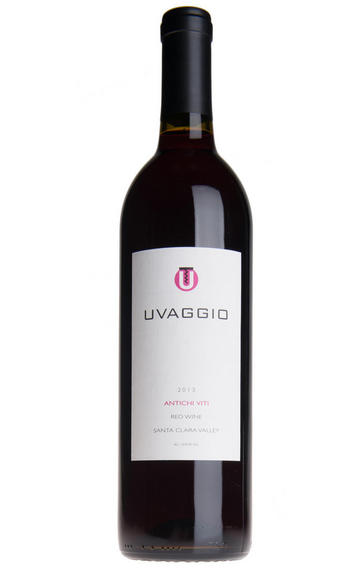 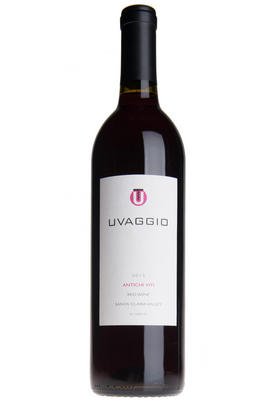 Uvaggio (‘blend’ in Italian) was set up in 1997 by Jim Moore (ex-Robert Mondavi/Bonny Doon winemaker) and barrel maker Mel Knox. Jim’s thoughtful and modest approach is evident in his winemaking. He focuses on Mediterranean grape varieties in California, creating interesting, authentic, food-friendly wines without the typical Californian price tag.

The nose of this Grenache is full of bright, sweet red berried fruit. It is medium-bodied but the fruit has a rich succulence to it, pointing to its old vine heritage. This, combined with gentle hints of white pepper spice, makes for a juicy, rewarding wine. Drink 2014 to 2017, match with charcuterie, puy lentil stew, paella.
Catriona Felstead MW, Wine Buyer
Read more

Other
Other
White pepper notes, very spicy and juicy with a lovely rich lush palate. It's fuller and richer than a southern Rhône grenache, but very balanced and more-ish. Another interesting Lodi red from Jim Moore of Uvaggio.
Rose Murray Brown - The Scotsman, 22nd April 2017 Read more

Uvaggio was set up in 1997 by winemaker Jim Moore and barrel maker Mel Knox. Jim had worked at Clos du Val, Schramsberger and Stag’s Leap among others before a 20+ year stint at Robert Mondavi. After leaving Mondavi, he also undertook a number of other consultancy/winemaking projects before becoming Director of Winemaking at Boony Doon Vineyard/Ca' del Solo in Santa Cruz in 2003. He then decided to concentrate his attention full-time on his Uvaggio project and has been devoted to this ever since.

The aim of Uvaggio (‘Uvaggio meands ‘blend’ in Italian) is to focus on Italian grape varieties in California, to create authentic, interesting, food-friendly wines without the typical Californian price tag. His theory is simple: if California has a climate perfect for growing Mediterranean varietals, why not take advantage of it?

Jim’s thoughtful, philosophical and modest approach is evident in his style of winemaking. He deliberately veers away from making ‘over the top’ Californian wines; his white wines rarely exceed 12.5% alcohol with the reds generally going no higher than 14.5%. He also firmly believes that a wine’s primary role is to accompany food. As such, the wines have a distinctive ‘Old World’ feel about them whilst also embracing the riper fruit that California offers.

The range includes a Moscato Giallo, a Vermentino, a Barbera, a Primitivo and a Grenache, all made in the Lodi. We are delighted to introduce these brilliant new additions to Berry Bros. & Rudd. They are affordable wines which are fun and fruit-driven but with a deeper, more thought-provoking edge that invites you back for more. In short, they incredibly good to drink and are among the best wines I have tried at this price point from California.
Catriona Felstead MW