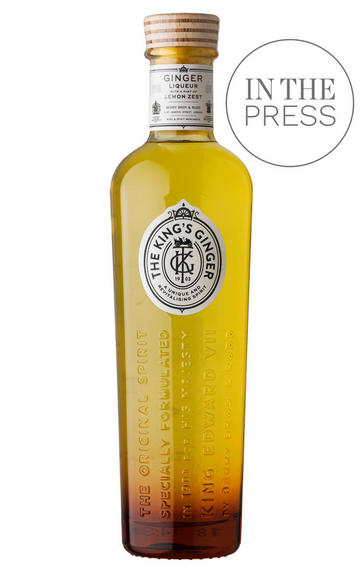 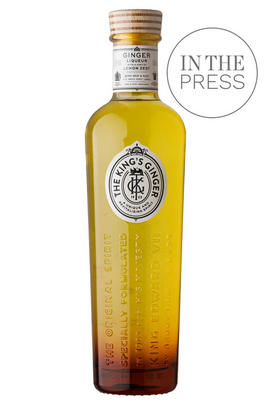 First crafted by Berry Bros. & Rudd for King Edward VII in 1903, our new formula is golden in colour and delightfully robust in flavour. A revitalising and warming spirit that brings people together. The King’s Ginger is wonderfully uplifting when enjoyed on its own and comes to life in many delicious cocktails. It’s the perfect foundation for any occasion. Read more about The King's Ginger sustainability practices here.

Originally made by Berry Bros & Rudd for King Edward VII, this has become a bit of a Christmas classic, its pure gingery spiciness working very well in solo-digestif style or as the partner, with a good Scotch blended whisky, in lieu of ginger wine in a souped-up whisky mac.
David Williams, Mix with the best this Christmas, The Guardian (December 2020)

Another fancy way of cheating at mulled wine. This is a delicious sweet liqueur made with citrus fruits and ginger. Add a little of King’s Ginger with some citrus fruit and sugar to hot wine, or even better, cider, for a delicious warming drink.
Henry Jeffreys, BBC Good Food (November 2020) 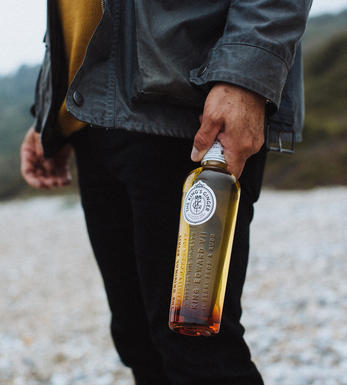 King Edward VII literally lived life in the fast lane. He would endlessly drive his horseless carriage (a Daimler), whatever the weather. So much so, that in 1903 the Royal Physician became concerned about the monarch’s health. So, he called on Berry Bros. and Rudd for a solution, a bespoke liqueur that would warm and revivify His Majesty. Crafted from fresh ginger, (for centuries celebrated for its medicinal properties) and enlivened by the judicious addition of citrus oil, The King’s Ginger was born. Rich, golden and delightfully crisp in flavour, it helped King Edward stay colourful and ready for whatever came next.

While wonderfully uplifting and enjoyable on its own, The King’s Ginger comes to life in social situations (just as King Edward did). It is the perfect foundation for any occasion, including these delicious cocktails: King’s Ginger Hot Chocolate, King’s Mulled Cider