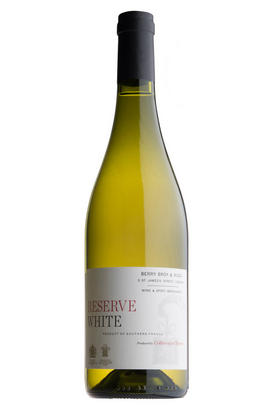 THIS WINE IS CURRENTLY ONLY AVAILABLE TO ORDER BY THE CASE.

For the 2019 vintage, Jean-Luc Terrier has sourced fruit from older vines and higher-altitude plots to produce a mineral and fresh white wine. The blend is largely Chardonnay, which gives an attractive stone-fruit and white blossom aroma, combined with the local variety Mauzac that gives a nervy acidity and roundness to the palate. Notes of ginger spice and nectarine are balanced by a salty character and chalky minerality on the finish. 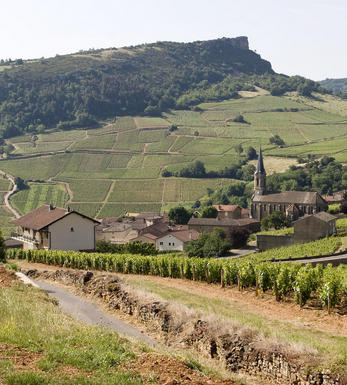 Jean-Luc Terrier and Christian Collvray were recently hailed as Burgundy's Winemakers of the Year by the renowned Gault-Millau guide and are better known for their exemplary White Burgundies from Domaine Des Deux Roches. In recent years, however, this quality-conscious duo have been producing an outstanding range of wines from 30-year-old vines on slopes 500 metres above sea level south of Limoux in the Languedoc region.

The combination of quality, varietal definition and value persuaded us to take the important step of working with them to produce three of our House wines.

Althought not as stringent as those for AOC, Vin de Pays wines must fulfill certain criteria: they must exclusively derive from their named area, meet precise standards under analysis, come from ‘recommended’ grape varities (as per each département) and must receive a tasting accreditation.

The designation of Vin de Pays is divided into three tiers:

Names of these wines derive from the French départements (administrative divisions similar to English counties) in which the wine is made. There are about 50, for example,

The most important of the Vins de Pays is Vin de Pays d’Oc, which is France’s prime source of varietal wine. Roughly 85% of Vins de Pays originate in Languedoc-Roussillon, Provence or the southern Rhône, with a further 6% coming from the Loire. The vast majority of Vin de Pays is red. In terms of price, Vin de Pays is typically young, simple wine from high-yielding vines, and it is usually sold for less than an AOC equivalent.

Wine-growers may choose to bottle their wines as Vin du Pays to take advantage of the flexibility afforded by this designation (for example, certain -usually international- grape varieties and wine making techniques may be prohibited by their local AOC regulations, but they are permitted by their local Vin de Pays).

Thanks to the efforts of some particularly ambitious wine-makers, there are now numerous Vins de Pays that are internationally acclaimed. Some top class estates, such as René Rostaing in Côte Rôtie and Domaine de Coudoulet produce excellent wines in the Vin de Pays designation, as well as bottling using their AOC.