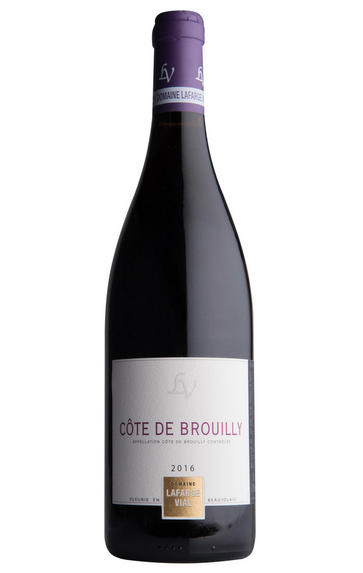 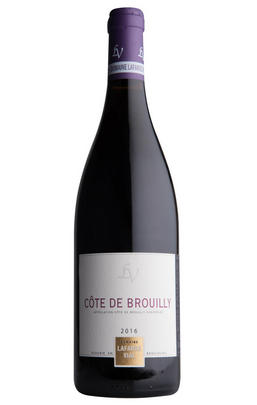 From a parcel totalling 0.66 hectares, these 55-yearold vines are planted on blue granite soil on the Mont de Brouilly. A quarter was whole-bunch fermented. The nose has rich, almost black fruit and a touch of garrigue spice, while the palate is stony with meaty black cherry and a firm, mineral texture. Drink 2021-2028.

Frédéric was keen to highlight the solidarity shown between vignerons at the end of April, as they mobilised to put in place measures to prevent a repeat of the frosts of 2016. Burning dampened straw bales at strategic locations, they succeeded in creating cloud cover which saved the vast majority of the vineyards. He also stressed the importance of “fractional harvesting” – waiting until each parcel is fully ripe before picking – and feels that the domaine’s biodynamic practices allow the grapes to achieve even ripening and balance, a real boon in early vintages such as 2017. For those with long memories, 90-year-old Michel compares 2017 to 1947 and 1964
Read more 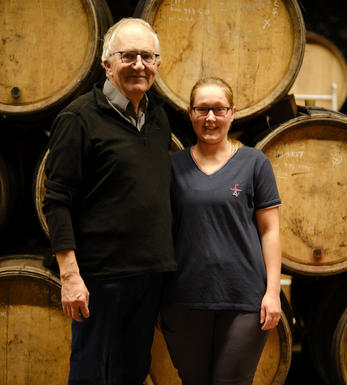 Wine Advocate90-92+/100
Brawnier and more rustic than the Fleurie cuves, the 2017 Cte de Brouilly exhibits aromas of dark chocolate, cassis and plums. On the palate, the wine is medium to full-bodied, firm and chewy, with a fleshy core of fruit.
William Kelley - 22/09/2018 Read more